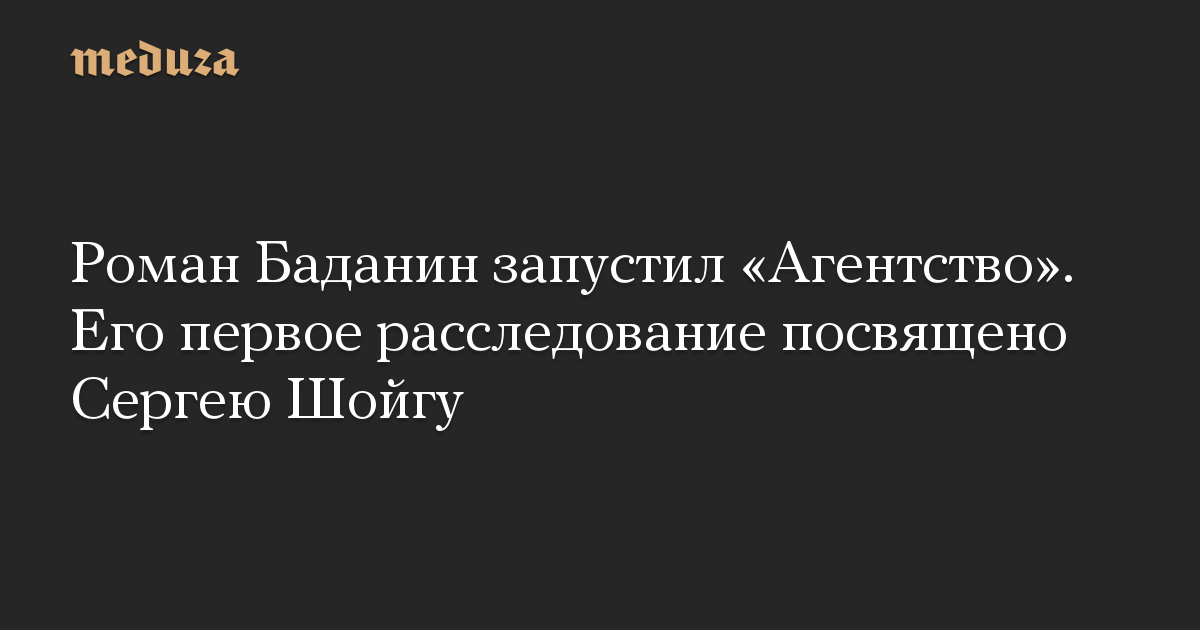 Journalists from the Proct newspaper, which Russian authorities have described as an “undesirable” organization, have launched a new media outlet called the Agency. Journalist Roman Badanin announced this on the publication’s telegram channel.

French footballer Jean-Pierre Adams has died in a coma for 39 years.