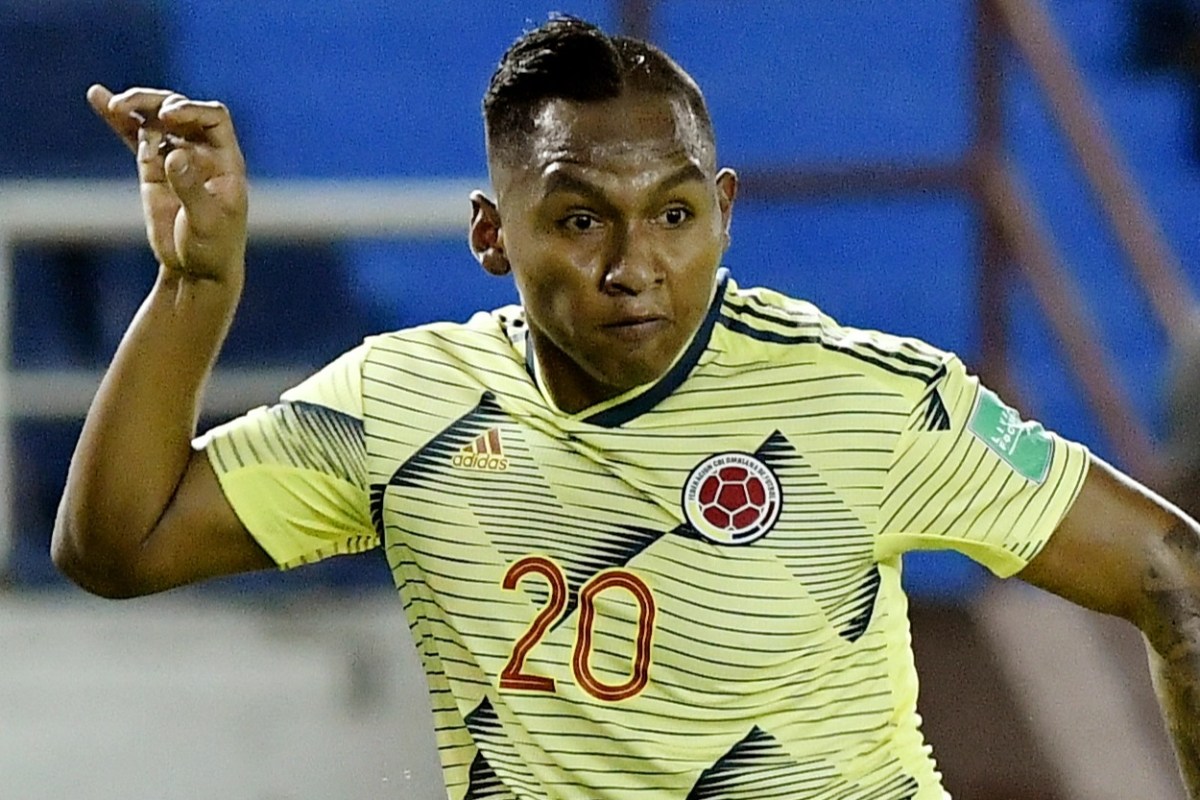 The Rangers are reportedly sweating over Alfredo Morelos’ fitness as he is set to miss today’s game in Colombia with a muscle injury.

The Rangers star was called up to his home country’s World Cup qualifiers against Bolivia and Venezuela earlier this month.

But it has left Light Blues fans on the alert for the Old Firm’s clash with Celtic next month.

Morelos was part of Colombia’s squad in the final round of his country’s qualifiers in January, but was absent from their matchday squads.

And he ultimately missed Rangers’ 3-0 loss to Celtic at Parkhead as he was unable to return from South America in time.

Now, ahead of today’s game against Bolivia, Rangers fans will face another blow as Morelos could miss.

According to Colombian journalist Pipe Sierrathe striker has muscle overload and will play no role in the match.

It remains to be seen if he can play any role in time for Colombia’s game against Venezuela on Wednesday.

Meanwhile, former Rangers forward Jermain Defoe announced his retirement at the age of 39.

The former England international has finally hung up his boots after a 23-year career playing for the likes of West Ham, Tottenham and Sunderland.

Announcing his decision, Defoe said: “After 22 years of playing, I have decided to retire from professional football.

“It was a really difficult decision and I discussed it with my family and those closest to me.

“I made my professional debut in 1999 when I was 17 and I feel like now is the perfect time to take a break.

“I had an incredible journey and met amazing people in the game.

“Football will always be in my blood and I feel great pride and satisfaction when I look back on my blessed career.

“Now I am looking forward to spending some time with friends and family before moving on to the next chapter in my career.

“Thank you to all the fans from every club I have played for.

“The love I have received and experienced throughout my career will never be forgotten and I will always have a special connection with all of you.

“Thank you also to my amazing teammates, coaches and staff for being such an integral part of my career.

“Lastly, I want to thank my mom. You gave me a ball when I was two and made me believe that my dream could come true.

“All that I am is thanks to you, and I owe everything to you and God.”