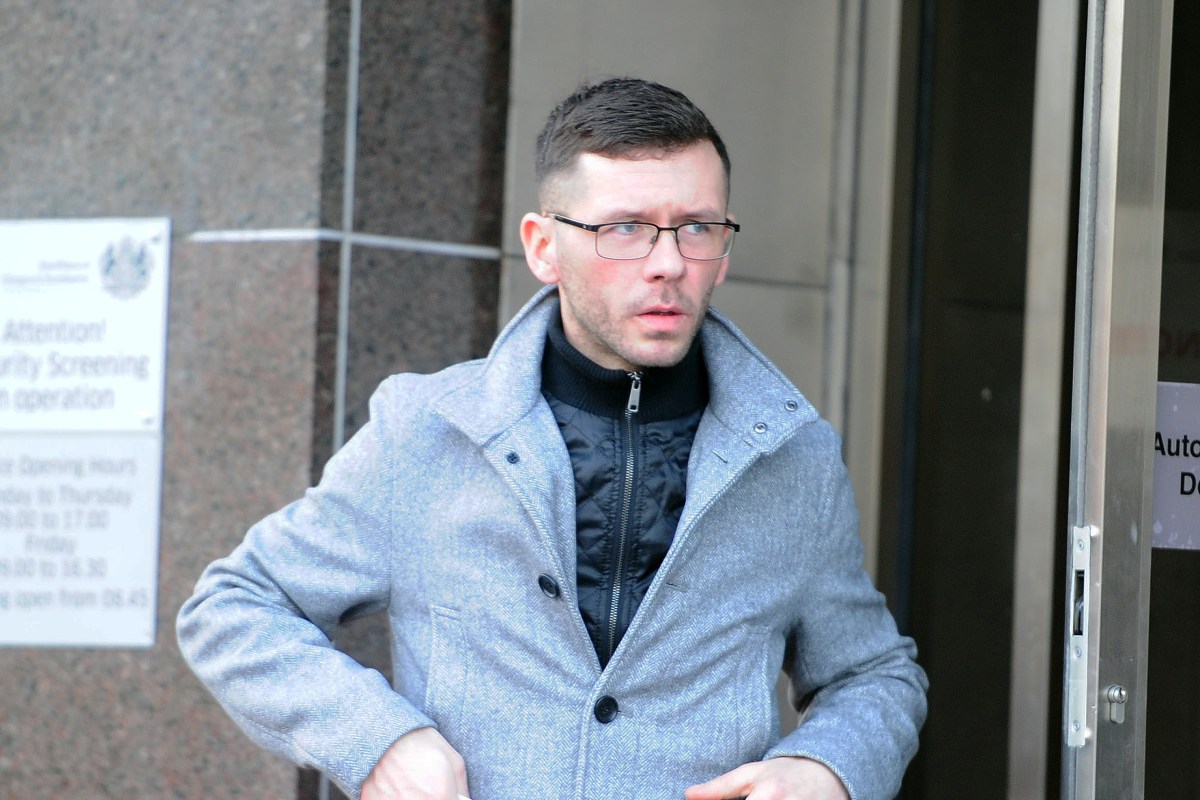 A Rangers fan who spat on a cop at a title party escaped jail.

Stephen Devine spat in the face of Constable Gary Burns on North Hanover Street in central Glasgow on 15 May last year.

A 32-year-old man from Wishaw, North Lanarkshire, had previously tried to break through a police cordon set up near George Square.

A self-employed carpenter and company owner was ordered to do 300 hours of unpaid work.

He was also marked for nine months, kept indoors from 8pm to 6am, and ordered to pay the officer £500.

Sheriff Andrew Kuby said, “You have no excuse for being young.” You are someone who can run a house and a business, but you decide to celebrate football success.

“You failed to slow down the controls, spat on the officer and ended up in George Square – an inexplicable course of action.

“You say you can’t remember spitting, but you can remember being hit with a club.

“For me, it only reinforces the cowardice for it and doesn’t take responsibility for it.”

At an earlier hearing it was said that around 12 noon, Rangers fans had gathered in George Square to celebrate the club’s first Scottish Premier League title.

The day became “more erratic and behavior on the streets escalated.”

The officers entered George Square and formed a cordon with PC Burns in attendance.

Prosecutor Alasdair Knox said: “Devine was part of a large group near the cordon and was trying to get through.

“Davine was angry that he wasn’t allowed into George Square and he spat in the face of Policeman Burns, who was wearing a mask, so it landed only on his cheek.”

Devine was arrested but continued to yell at the officers.

Paul Sweeney, defending himself, said at the sentencing: “There is no excuse for what he did on this occasion – there is a clear loss of self-control. He was very drunk.

“He is ashamed and embarrassed – he was the owner of the season ticket and because of this he did not renew the case.

“He is a self-employed carpenter for his own company, Devine Fitting Limited.”