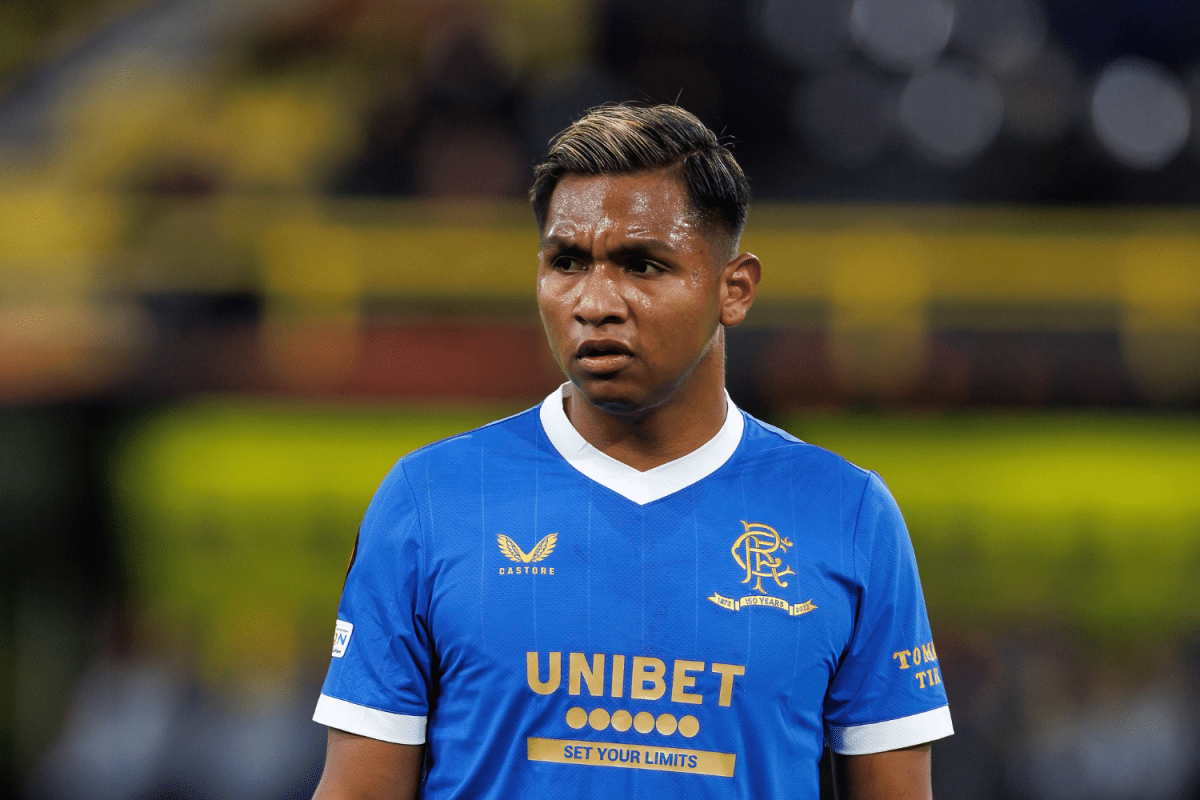 And the Colombian hitman has insisted he has no intention of stopping playing for his country, despite his double snub by manager Reinaldo Rueda earlier this month.

Morelos is now nine goals behind Larsson in the all-time record for most UEFA Cup and Europa League goals that stretches back 50 years.

Tonight he will play against Borussia Dortmund in the second leg of the play-off round against Rangers 4-2 compared to last week’s match in Germany.

He is level with his compatriot Radamel Falcao and Athletic Bilbao legend Aritz Aduriz on 31 goals and three goals behind Dutch star Klaas-Jan Huntelaar, who scored 34 goals for Heerenveen, Ajax and Schalke.

Morelos was interviewed by ESPN’s Colombia’s Sports Center and made it clear that he was desperate to capture the Hoops icon, praising former manager Steven Gerrard.

He said: “My goal is clear – to become the top scorer of the tournament. It is my goal.

“But the only way to achieve that is to work hard and keep scoring goals.

“What I experienced with Steven Gerrard was very nice, he had a lot of confidence in me.

“He gave me the opportunity to always be in the starting XI, and I reacted in the best way. We had a good relationship which I hope will continue.”

“I learned a lot from him and continue to use what he taught me.”

Morelos missed out on the Rangers’ tough loss to Celtic at the Old Firm because he was included in the Colombia squad following their World Cup qualifying losses against Peru and Argentina.

CASH REFUND Bet £20 on Rangers vs Borussia Dortmund and get cash back if you lose plus 80/1 odds.

Morelos was found to have covered an incredible 14,832 miles in two games…and he wasn’t even stripped after manager Rueda didn’t even bench him in any of the games.

This led his agent Michael Gorman to criticize Rueda, stating “Remember when the manager of the Colombian national team decided to use strikers from the local league instead of the third top scorer in Europa League history.”

Morelos could face another pointless marathon journey next month when Colombia ends their campaign with two games home to Bolivia and away to Venezuela, with the last game scheduled just a couple of days before this season’s third Old Firm showdown at Ibrox.

But he promised to keep playing for his country.

He said: “As a player, I am proud to accompany the national team even in the stands.

“Personally, I am happy because I always support my teammates.

“The last two results weren’t very good, but that’s football. We have to keep going, we have experienced people, two games left and we have to do our best to get to the World Cup.”

“I will always want to be there. It’s best to wear a shirt.”