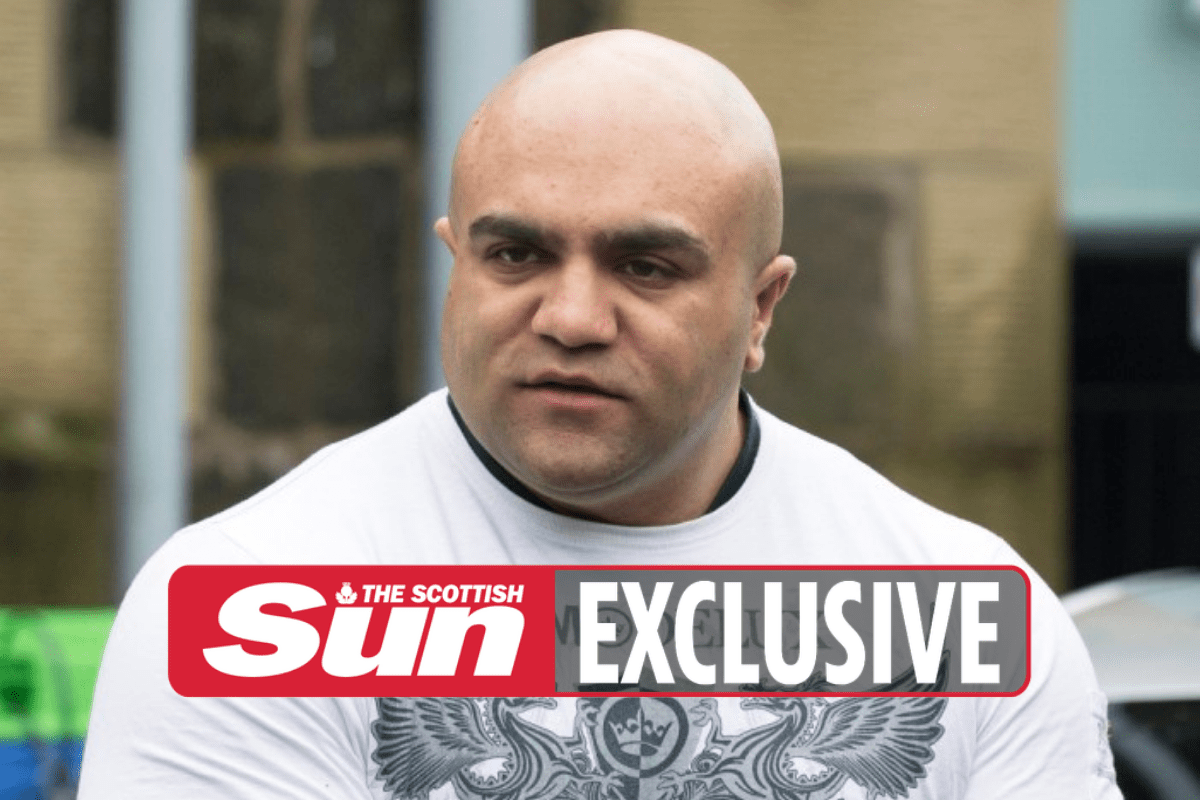 MONSTER Imran “Bald” Shahid strangely stated that he tried to commit suicide in prison in order to protect loved ones from outside revenge.

The racially motivated killer, 45, said he cut his own throat in an attempt to protect young family members who were facing threats of attack from fellow campers.

Despised lifer Shahid, who served at least 25 years for the barbaric murder of 15-year-old Criss Donald, claimed that the lags shouted warnings at him through the cell doors while he was in isolation.

In a rambling phone call to The Scottish Sun from HMP Grampian, the demon whined, “They’ve taken over my family’s house and addresses.

“They talked about harming children.

“So at this point, if I can save the innocent by killing myself, that’s what I’ll just do.

“And that’s why I did what I did. Not for myself. For no one else, just for the safety of others.

“I was just trying to save the kids from what they said they were going to do to them, like cut off their hands.”

His false claims came about a week after we reported his failed suicide attempt.

Frightened staff at Peterhead found him with a gaping wound in his throat and he was rushed to the nearby Aberdeen Royal Infirmary.

But comrade Lag told how the inmates were gutted, he survived the drama on February 13th.

An insider said: “It’s a pity that it didn’t work out.

“He is a real monster, so no one will miss him.

“The lags hate him, the staff hate him, and after what he did to that poor boy, the country hates him too.”

Boss Shahid and brother Zeeshan, 43, were part of a gang that randomly kidnapped an innocent Criss in Pollokshields, Glasgow, in retaliation for an attack on Bald by a group of white men.

They stabbed him 13 times, doused him with gasoline and set him on fire. Sick buddy Mohammed Faisal Mushtaq is also serving a life sentence for murder.

Frightened, Criss drove 200 miles to Dundee and then returned to Glasgow, where he was stabbed to death and burned to death while still alive. But almost 18 years later, the selfish Shahid is still fixated only on his own position.

During a strange 20-minute call, he bleated: “A prison officer told me that every prison staff from the top, from the oldest to the bottom, hates me to the core – and they were hell-bent on making my life misery until I I’m still breathing.”

Shahid has also come up with a number of wild conspiracy theories, including outrageous claims that the nurse treating him for Covid drugged him, causing a two-week blackout.

The killer claims he complained to prison officials about his alleged treatment the day before he contracted the virus on January 18.

He said: “A nurse came in and gave me what I was told was a tramadol tablet, but it didn’t look like my regular tramadol.

“I took it and I have no memory of this date – this is my last clear memory until February 8th. So there’s a gap of two and a half weeks where I can’t remember anything.” He said he was “very ill” and when he finally came to his senses he suspected foul play.

Shahid ranted, “They came and found me and I didn’t answer at all and they found a teapot with paper in it.

“They said they suspect that I was taking an unknown substance.

“But the problem is that I was locked out 24 hours a day due to Covid, so it couldn’t have come from me. Someone must have brought it into my cell.

“As soon as I got back to my regular cell, I heard the staff talking to other inmates about how to facilitate another attack on me.”

Fiend claims that the officer said, “Keep his hands, hold his legs, and then you can do what you need to do.”

And he blamed the other for saying, “We all want something to happen to Bald.”

Shahid continued to moan, turning his anger on the prison authorities, who, in his opinion, want to get him.

He said: “They are trying to make me look crazy.

“I wasn’t appreciated that way. The thing is, I tell you times and dates and all, so I’m pretty clear.

“There is no madness in me. Until January 17, I did not have any hallucinations, whether auditory or visual. Now they will try to pretend that I either hanged myself or something happened to me.

The muscular brute whined that he was in a “lose, lose” situation, as he was always blamed – even when the prison showdown was not his fault.

He said, “Because of the work I’ve done with [my psychologist] and how much I changed, I didn’t want to associate with people who only talked about questionable things, like drug dealing and the like.

“Fiddling with things that were criminal and it’s all in prison. So I distanced myself from them. I just didn’t want to know more.

“Since I told the warden that I needed to transfer to another prison, it has only gotten worse because I no longer feel safe here.

“If a fight breaks out, whether I start it or someone else, win or lose, in any case I go to segregation.

“I am the one who is being punished. For me, it’s a lose-lose situation.”

A spokesman for the Scottish Prison Service said when told of Shahid’s incredible claims: “We don’t comment on individual cases.”