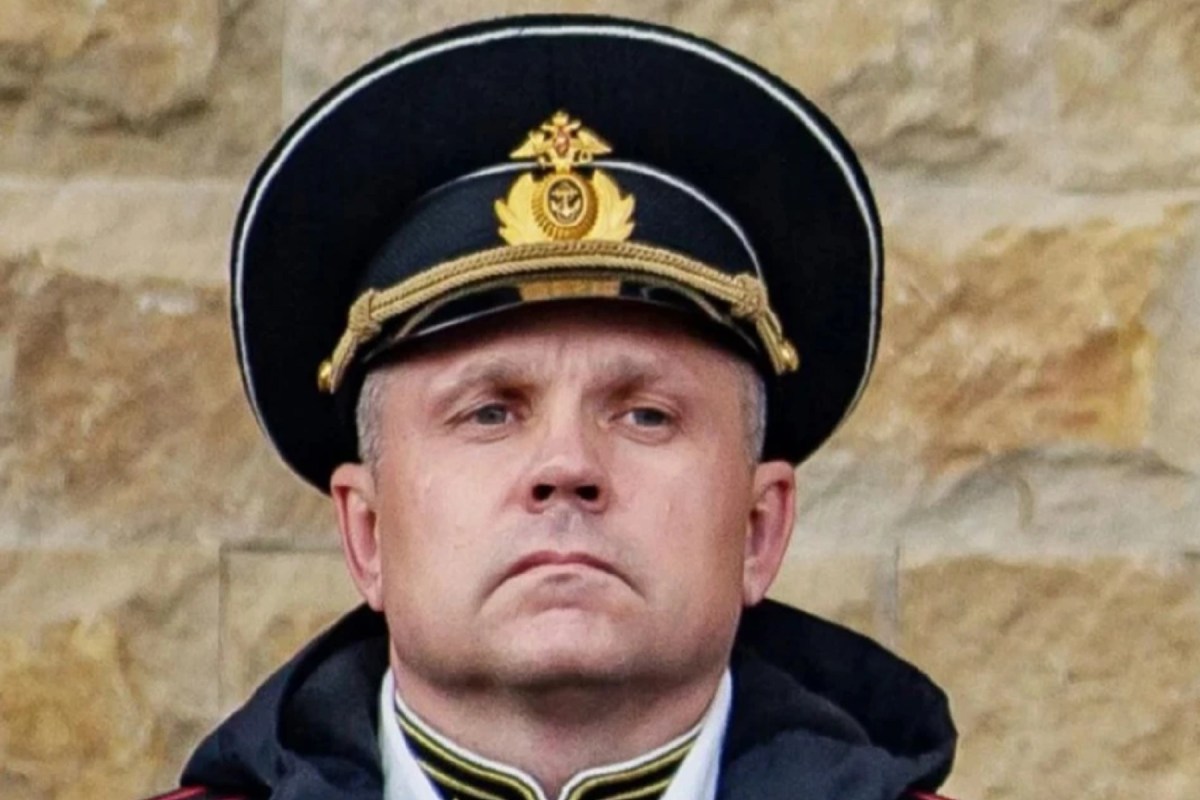 Vladimir Putin is reported to have lost his 15th top commander since the start of the war with Ukraine.

The death of Colonel Aleksey Sharov comes at a time when Russia continues to suffer the worst massacre of military leaders since World War II.

Sharov was the commander of the 810th Guards Separate Order of Zhukov Brigade of the Marine Corps of Russia.

He was killed in Mariupol, where more than 200,000 people are trapped in a city in southern Ukraine that is being ravaged by Vladimir Putin’s forces.

The death of Sharov was announced by an officer of the Ukrainian army Anatoly Shtefan in his social media accounts.

Russian troops are shelling Mariupol and have reportedly breached three lines of defense, in the center of which fighting is now raging.

Civilians there live in apocalyptic conditions, children die of thirst while people drink water from the radiator and eat dogs.

Russia has now admitted that it lost nearly 10,000 troops during its invasion of Ukraine.

Sharov’s death follows that of Colonel Nikolai Ovcharenko, commander of the 45th Engineer Regiment, who was allegedly killed along with 18 of his comrades in a major offensive in Ukraine.

A pro-Kremlin newspaper has released a previously undisclosed figure for Russia’s total death toll that reveals the true cost of Putin’s disastrous invasion.

When he ordered the invasion, the Russian tyrant was counting on a quick victory, but his forces are facing stiff Ukrainian resistance and may even soon succumb.

Russia kept its true death toll under wraps and on March 2 admitted a total of 498 deaths.

But unexpectedly, Komsomolskaya Pravda reported that, according to the Russian Ministry of Defense, 9,861 Russian soldiers were killed in Ukraine and 16,153 were injured.

The true figure could be much higher, as Ukrainian military sources claim that more than 15,000 Russian soldiers died.

Russia is reportedly smuggling the corpses of dead Russian soldiers home at night on trains and ambulances through Belarus to try to cover up the true extent of the death toll.

The loss of senior leadership is the most devastating for Russians, as the Foreign Ministry reports that the Kremlin is suffering the highest casualty rate among senior officials since World War II.

This is the top leadership of Russia, who died during the conflict.

Colonel Mykola Ovcharenko of the 1st Guards Tank Army was reportedly killed in an attack by Ukrainian forces near the eastern town of Izyum.

He was watching a pontoon bridge across the Seversky Donets River when he was killed in an ambush that reportedly killed 18 Russians and wounded 46.

The attack is believed to have taken place earlier this week.

One of Vladimir Putin’s top commanders, Major General Vitaly Gerasimov, died in action near Kharkov, Ukraine’s second largest city, on March 7 at the age of 44.

He was the second Russian commander killed in a week.

The Ukrainian Defense Ministry said that Gerasimov, chief of staff of the 41st Army, was killed along with other high-ranking officers near Kharkov.

Gerasimov was awarded a medal for “capturing” the disputed region of Crimea in 2014, and also received medals for leading troops in Syria and the second Chechen war.

Major General of the 29th Combined Arms Army Andriy Kolesnikov died on March 11, according to the Ukrainian Defense Ministry.

According to NATO officials, he became the third Russian general to be killed since the start of the conflict.

On his Telegram channel, Ukrainian government spokesman Anton Gerashchenko said: “The good news is that Major General Andriy Kolesnikov, Commander of the 29th Army of the Eastern Military District, has died today.”

The exact circumstances of his death are unknown.

Major General Andrey Sukhovetsky became the first Russian commander to die since the beginning of the invasion on 24 February.

He was reportedly killed in action for the Gostomel airfield about 30 miles from Kyiv.

His death on 28 February occurred during heavy fighting for the airport as Russia was trying to make its first gains in the war.

The death of 47-year-old General Sukhovetsky was announced by a group of Russian veterans and his colleague Sergei Chipilev on social networks.

A military source confirmed that he was killed by a sniper.

The veteran of the Syrian war, promoted to officer in 1995, commanded the elite 7th Guards Airborne Division.

Another source said: “He became famous for leading missions in hostile territory.”

The commander of the 8th Combined Arms Army, Lieutenant General Andrei Mordvichev, died on March 16 in battles at the Chernobaevka airfield near Kherson.

The 46-year-old military chief is believed to have been killed at the Russian-controlled Kherson airport, which has been under heavy Ukrainian strikes for several days.

The statement of the General Staff of the Army in Kyiv stated: “As a result of the shelling of the enemy by the Armed Forces of Ukraine, the commander of the 8th combined arms army of the Southern Military District of the Armed Forces of the Russian Federation, Lieutenant General Andrei Mordvichev, died.”

Ukraine has said that Russian troops will run out of food, fuel and ammunition in just three days, and the war could end in a few weeks.

The ministry said that over the past 24 hours, Ukrainian forces have inflicted a series of “crushing blows” on Russian troops, “fighting air battles and intercepting air targets.”

And intelligence suggests that the Russian forces now have enough food for only three days.

The report says: “According to available information, the Russian occupation forces operating on the territory of Ukraine have stocks of ammunition and food for no more than three days.

“The situation is similar with fuel, which is replenished by tankers. The occupiers failed to organize a pipeline to meet the needs of the group of troops.”

Putin expected a quick victory when he ordered the invasion on February 23, but his troops faced fierce resistance.

During the invasion, Russian pilots were shot down from the sky, tanks were ambushed, and soldiers sobbed after surrendering to the Ukrainians.