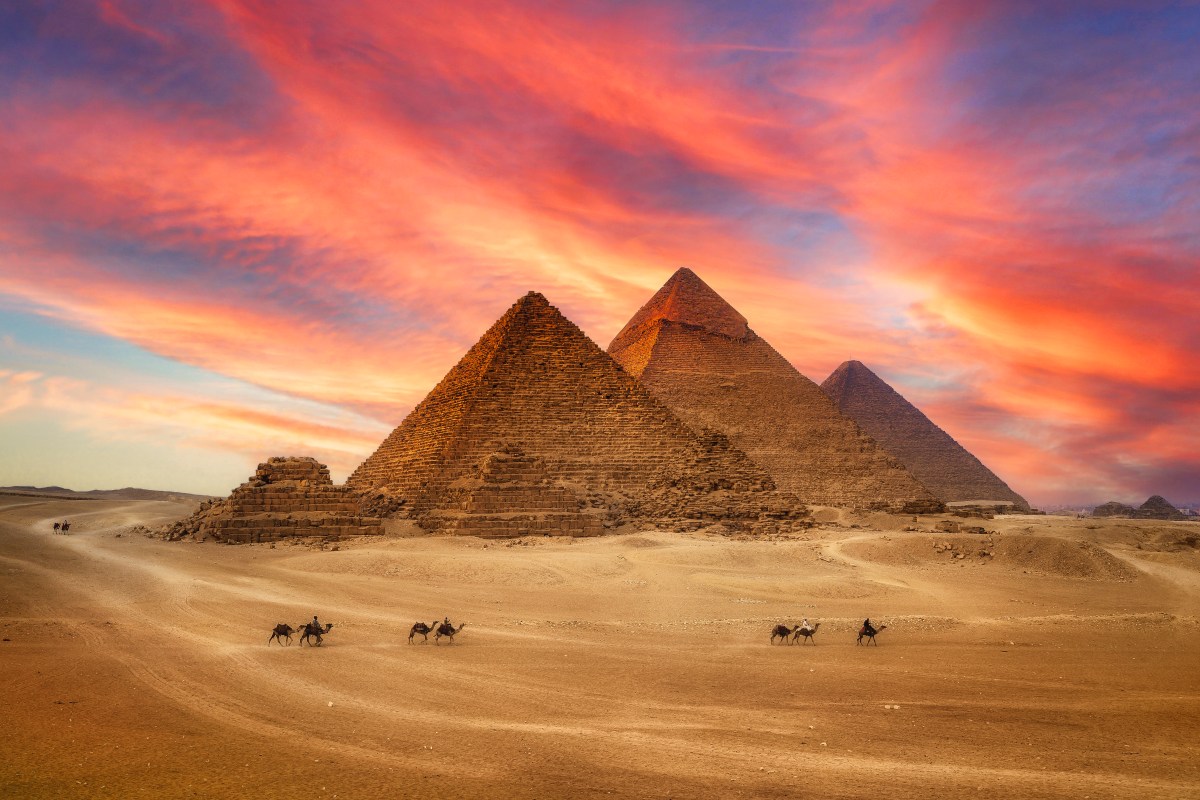 ARCHAEOLOGISTS have finally debunked the crazy conspiracy theory that aliens built the pyramids.

Newly discovered papyri detail the gigantic effort it took to build the Great Pyramid of Giza over 4,600 years ago.

Artifacts discovered in the Eastern Desert of Egypt detail the work of one of those who led the operation.

They were found in 2013 and are the subject of a new book written by Egyptologists Pierre Tallet and Mark Lehner, The Spectator. reports.

An estimated 138 Egyptian pyramids have survived, the most famous of which is the Great Pyramid of Giza near Cairo.

The 455-foot-tall Great Pyramid, the tallest man-made structure in 3,800 years, is the only surviving landmark of the Seven Wonders of the Ancient World.

Many wonder how the ancient Egyptians were able to build such incredible structures using technology that is 4,000 years old.

While some conspiracy theorists suggest that aliens may be involved, scientists and archaeologists have a more mundane explanation.

They believe that thousands of slaves used sleds to pull the huge stone blocks and a pulley system to carry them up the sides of the pyramid.

Considered to be the world’s oldest papyri, the 2013 papyri tell the story of Mid-Range Inspector Merer and his 40-man Marine gang.

Merer was the captain of an elite force that transported workers and limestone blocks up and down the Nile.

They also went to the Sinai and Punt to collect materials such as the copper that covered the latest structures.

“The builders of the giant pyramids of the 4th Dynasty must have accumulated more copper… than anywhere else in the world,” write Tallet and Lehner.

Merer and his team were not paid slaves who were rewarded for their efforts with luxurious fabrics.

It is believed that four teams like Merer’s would take 20 years to transport just the facing stone for the Great Pyramid.

Scientists have spent years trying to figure out exactly how the Great Pyramid was built.

It is believed that the construction of the huge structure took 20 years of an army of at least 4,000 workers.

Water was used to lubricate the huge blocks of stone as they were dragged across the sand and then winched into place.

While many of the earlier “stepped” pyramids did not have smooth sides, all later pyramids did, showing how much the Egyptians’ technique improved over time.

However, we still don’t know exactly how the extremely complex buildings were built, and historians still disagree on many details.

The best tips and hacks for phones and gadgets

Looking for tips and hacks for your phone? Want to find these secret features in social media apps? We have you covered…