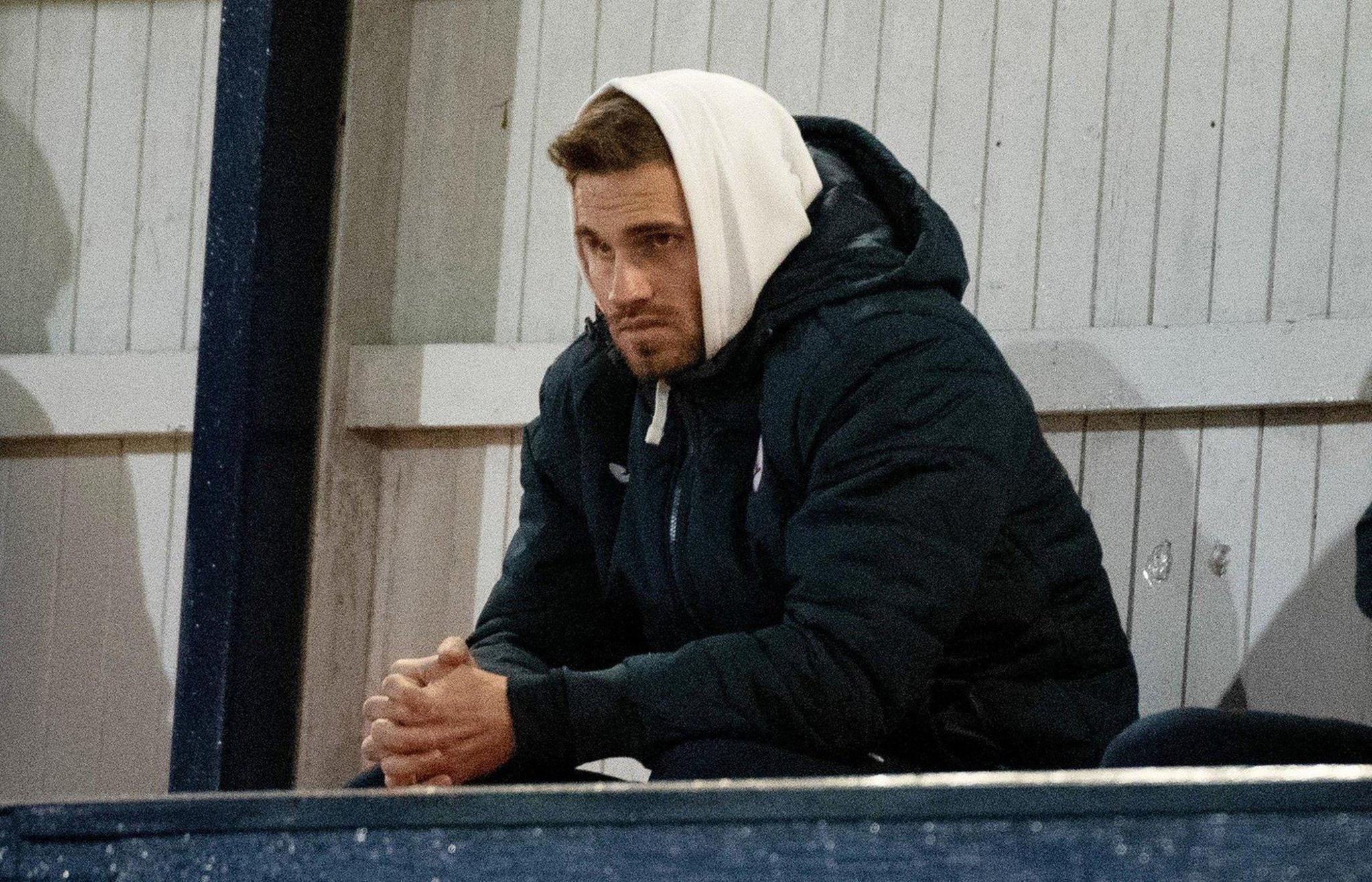 In 2017, a civil court found that two men had raped her and were ordered to pay damages.

Goodwilly watches the championship match between Raith Rovers and the Queen of the South at Stark Park in Kirkcaldy, amid furor over his signing. (Photo: Yuan Cherry, SNS Group)

Ms Clare, who waived her right to anonymity, told detectives that Robertson and Goodwillie raped her in an apartment in Armadale, West Lothian, after a night in Bathgate in January 2011.

She said she couldn’t remember what happened after visiting the Bathgate bar and woke up the next morning in an unfamiliar apartment.

Ms Clare initially sought £500,000 in damages, but a £100,000 damages were later agreed in a civil action before the Court of Session.

It was the first civil case of its kind in Scotland.

Previously, criminal charges had only been filed against Goodwilly, but they were dropped. Robertson was never charged.

Now Ms Claire is trying to bring a private prosecution, in which an individual or organization seeks to prosecute the accused, rather than the Crown Office.

Mr Ross said: “Many have argued that any prosecution would have ended in an acquittal. These people may be right, but for 11 years now the controversy around this case has not subsided.

“Private prosecution will give any defendant the opportunity to convince the jury that an acquittal should be handed down.”

Lord Advocate Dorothy Bain QC was sent a letter informing her of the intention to file a private prosecution. However, the case cannot be adjudicated if the Royal Office refuses permission.

Mr Ross said that, looking at the decision in the civil case that Ms Clare presented, it was “very difficult to read Lord Armstrong’s decision … without coming to the conclusion that something had gone wrong between the time the case was referred to the police on January 2, 2011. and the Royal Office assured that the criminal case would not be opened until after six months.

Mr Ross said the “special circumstances” that need to be demonstrated before the case can be heard could arise from “the fact that the Crown appears to have granted immunity from prosecution only six months after the investigation began. when the reason for this decision is not obvious. “.

He said: “The applicant believes that the criminal justice system has let her down and Melissa and I are delighted to take on the challenge of restoring her faith in her.”

Mr Ross added: “Melissa and I have no personal animosity towards anyone involved in this case. We are interested in restoring the applicant’s faith in the Scottish criminal justice system.”