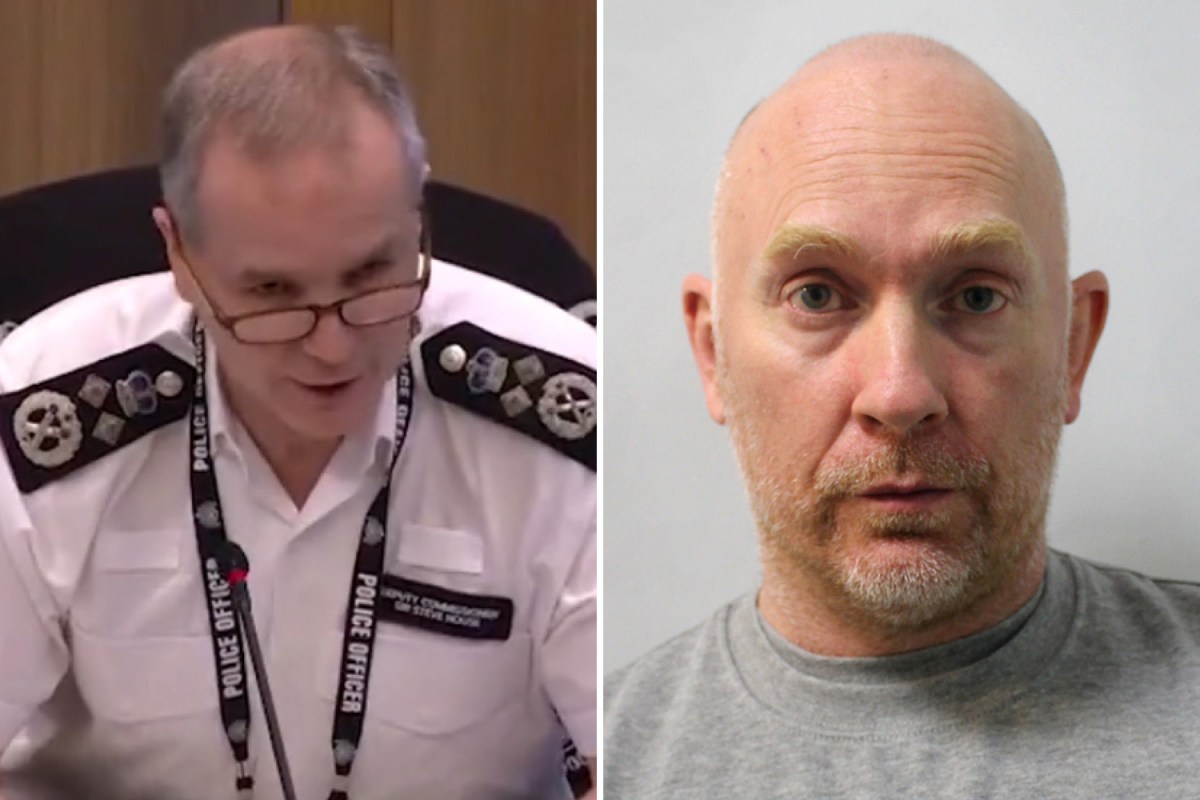 The AN MP criticized the police after a high-ranking officer said that the killer cop Wayne Cousens had been tested to “relevant standards”.

The Met’s deputy commissioner, Sir Stephen House, denied that any errors were made in the process of investigating Sarah Everard’s killer during a London Assembly committee meeting at City Hall on Wednesday.

He also expressed dismay at the shocking resignation of Dame Cressida Dick earlier this month, saying that due process had not been followed and a review needed to be done.

But Labor MP Stella Creasy has since dismissed his comments, insisting they “feed the fear” that the Met is committing misogyny.

She told The Sun: “50 percent of the women in London have now lost faith in the Met.

“And comments like this from a senior officer only fuel fears that the Met is incompetent at best and misogynistic at worst.

“MPs have a chance on Monday to include misogyny in hate crime laws to put officers like Wayne Cousins ​​in the vetting process.”

Former police officer Cousins, who is currently serving a life sentence, used his arrest warrant to deceive Ms Everard before kidnapping, raping and strangling her to death.

He also allegedly showed up at a McDonald’s in south London three days before he kidnapped a 33-year-old man on a London street last March.

Sir Stephen described the ex-officer’s actions as “gut-wrenching” and said, “You could say that no one in this room was more shocked or upset by Wayne Cousens’ actions than I.”

But he said it was “unclear” whether there were verification issues in the case of Cousins’ rapist and murderer.

He continued, “I don’t want a confrontation.

“There are a number of assumptions in what you are saying when you say there is an obvious problem with validation.

“We are not clear that this is the case.”

We have checked and believe we have done it to the proper standard.

Cousins ​​joined the force in 2018 after working for the Citizens’ Nuclear Police (CNC), which is responsible for guarding Britain’s power plants and where he was allegedly nicknamed “the rapist”.

He then joined the Parliamentary and Diplomatic Protection Unit (PaDP), which guards the prime minister, cabinet ministers and parliament.

Sir Stephen told the members of the congregation: “Now when you look at his background, it becomes obvious that he had potential problems.

“I would like to remind people that this is a man who used to work in the police.

“He came to the Met through the unarmed team and then moved to the armed team.

“He passed the test. We have checked and we believe we have done it to the proper standard.

“We have since raised that standard.”

During the meeting, Labor Party member Marina Ahmad asked if the screening problems were particularly severe at the PaDP or “equally bad throughout the Met as a whole?”

She also stressed that problems that had arisen in Cousins’ previous unit “were not fixed” and added, “Obviously the process wasn’t that reliable at the time.”

In 2015, Cousins ​​was also accused of driving around naked while serving as a Kent police volunteer.

But Sir Stephen defended the force review process, saying, “Review is an extremely important part of solving the problems we have within the organization.

“The idea that we can stop people with wrong attitudes or unacceptable views from getting in is a great idea if we can do that, and the check can be strong enough to do that.”

The process of checking the “diplomatic” department is currently being reviewed by the Met, Dame Louise Casey, and will also be scrutinized by Dame Elish Angiolini, who is investigating the murder of Mrs. Everard.

Sir Stephen said, “It would be wrong of me to try to anticipate what the Angiolini review is going to say and find about the test.”