A large crowd appeared to be making fun of the Irish famine as it made its way along Errigal Street and Jamaica Street before the Old Firm Derby clash in Abercrombie.

Referring to the devastation of the 19th century that killed more than a million people, the song urges the Irish to “go home” and claim to have brought “trouble and shame” to Scotland.

Health. Secretary Hamza Yusuf and lawyer Amir Anwar were among those who condemned the photos and called for action.

Now, the police. Scotland The owners say they are “aware” of the footage and have launched an inquiry.

A spokesman for the force said: “We were introduced to sectarian singing by a group of people in the Jamaica Street area of ​​Glasgow on Sunday, August 29th.

“The incident is under investigation.”

Mr Youssef said: “For those who are racist in our Irish community, they are told to go home – Scotland is their home.

“Once again, I’m tired of seeing anti-Irish racism in its ugly head. Solidarity with our Irish community. 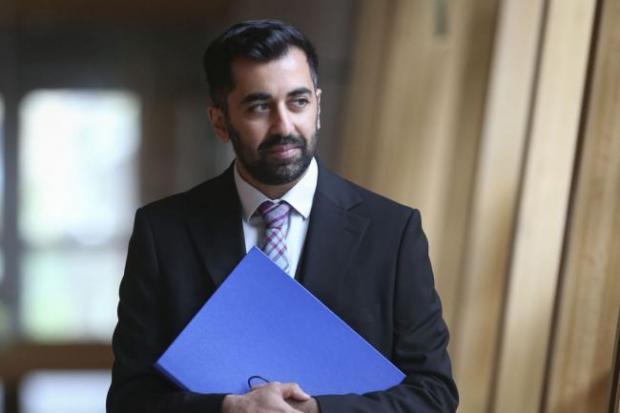 “I’m sure the police will hold Scott responsible.”

Glasgow MSP Patrick Harvey also wrote on the footage, “Pictures of a mob singing anti-Irish racist songs as they march with police to Glasgow should be shocking but shamefully very familiar to everyone. Are

“At the very least, we need an assurance that every identity person in this crowd will face charges.”

The far right pundit who threatens to leave Lee behind.

Extremely provocative shepherd. Lil Nass X has released a big pop album for the fall. We tell you why it’s worth watching, not listening.