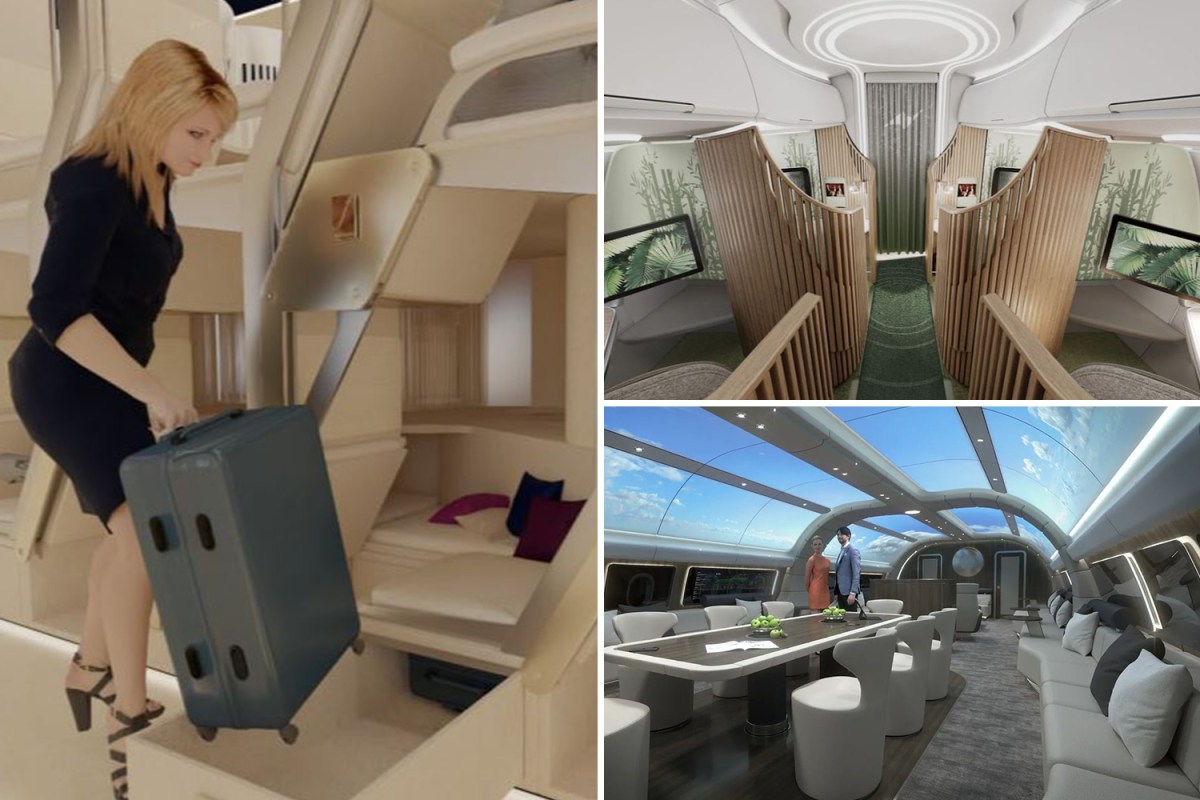 NEW aircraft designs have revealed revolutionary changes that could one day be introduced to airlines.

Double-decker rows, floating seats with hand luggage underneath, and cabins that appear to be underwater are just some of the exciting plans.

The design was unveiled at the 2022 Crystal Cabin Awards, where experts showcase their innovative plans every year.

One of the projects, called Elevatem, was presented by design company Teague, working with aerospace firm NORDAM.

The designs show a “comfort at home” cabin with floating seats that are instead attached to everyone and the aisle.

They said it could even increase passenger space as the floor area increases.

While this isn’t the first time double deck aisles have been introduced, passengers in this particular design can convert all seats into a rollaway bed.

British airline Virgin Atlantic has shown off its new The Booth-style seats, which are currently in one of the upper class cabins of their A350 aircraft.

Inside is a round sofa designed for two, with a touch screen and a table where guests can relax.

And Lufthansa Technik, part of the German airline Lufthansa, has unveiled a design for a private jet called the Explorer.

The main feature of the aircraft is the ceiling of the project, which can reproduce underwater scenes or a panorama of the city.

A jury of 28 experts will judge the finalists, who will then present their ideas at the Aircraft Interiors Expo in Hamburg, and the winners will be announced on June 14th.

With split screens, staggered seats and the removal of in-flight entertainment systems, they could be here in the next few years.