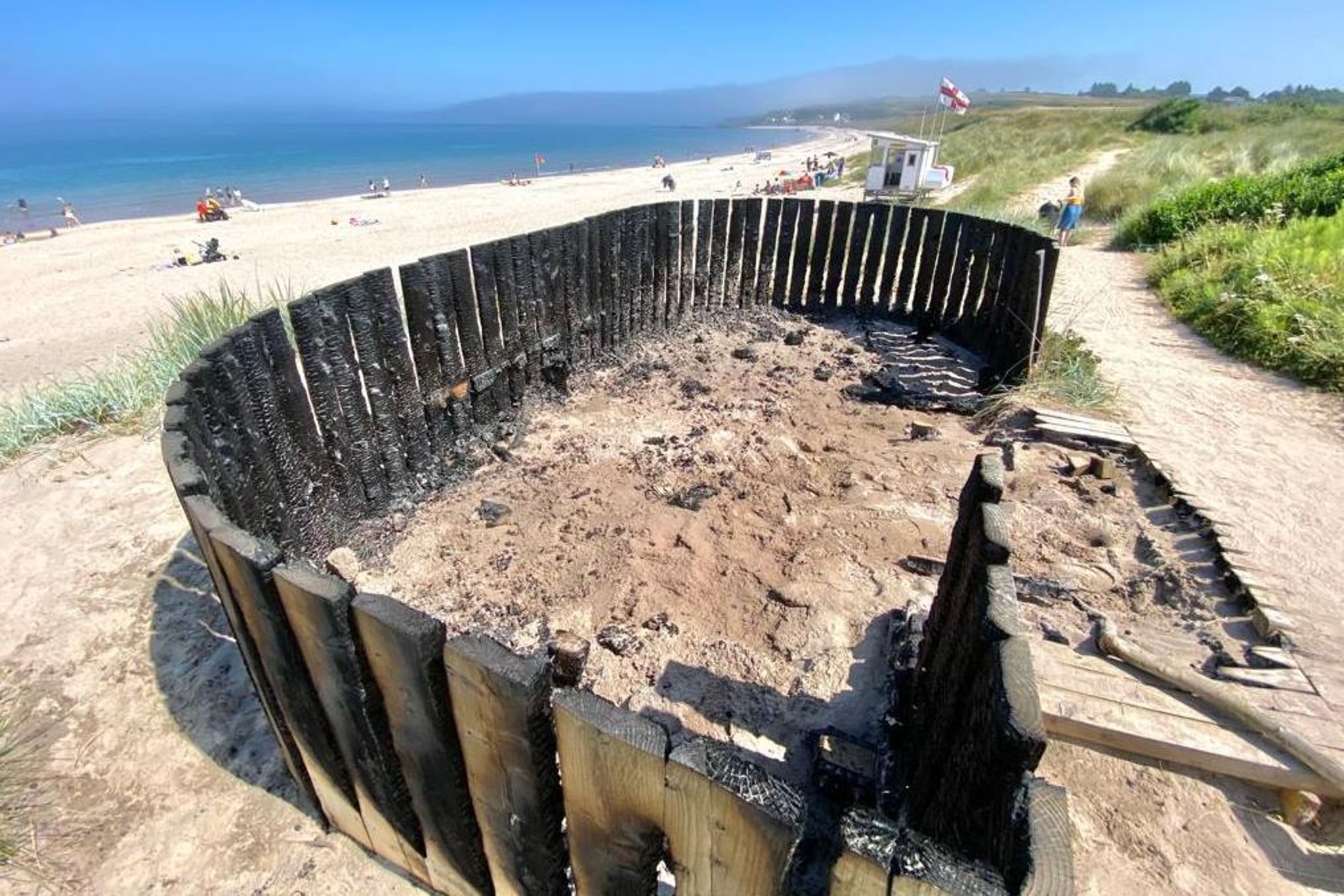 A footbridge connecting Runkerry Beach (Portballintrae) to private lands at Runcurry House was removed by the council in December 2021 after a hurricane left the supporting structures in very poor condition, leaving the bridge in an unsafe condition.

The report submitted to the members of the Recreation and Development Committee notes: “The officials consider it necessary to agree on a license to place a pedestrian bridge on private land, design and build a new pedestrian bridge in accordance with modern health and safety requirements. The estimated cost of this project is around £20,000.”

Asked if there was a timeline for completion, SDLP adviser Margaret Ann McKillop said: “I know there was total noise when the Runcurry footbridge was removed, but the health and safety of the public is paramount.”

Head of Tourism and Leisure Peter Thompson responded: “We have a design that was developed in-house by Estates and is ready to be bid as soon as we get approval from elected members.”

Councilor Dermot Nicholl pressed for a timeline, to which Thompson added, “We’ll do it as quickly as possible to have it built and installed within a couple of months.”

Estimated cost to replace the structure to the original specification, including larch cladding on the observation deck walls and treated softwood for the rest of the structure to match what was previously built, would be around £20,000.

UUP Alderman Joan Baird described it as “an excellent institution”, emphasizing the importance of its restoration.

“Many people talked to me about it and it was very, very sad that it was destroyed by some vandals,” she said. “It is especially important to get to the beach for people with strollers and children, as well as people with disabilities.”

Welcoming the report, Councilor Margaret Ann MacKillop added: “I know the public was devastated when the observation deck was vandalized.”

Joining previous speakers, Sinn Féin councilor Cara McShane said: “This was the boardwalk I advocated for many years in Ballycastle and was built on the Causeway Coast and in the Glens.

“This greatly increased access to Ballycastle Beach not only for people with wheelchairs, but also for people in wheelchairs, increasing accessibility to the point where I actually lobbied hard to widen the boardwalk.

“When it was inadvertently burned in the middle of the night last summer, it caused an uproar in society. Not only was this an eyesore, but it also deprived many people of access to Ballycastle Beach.

“With a huge focus on outdoor recreation and people accessing our beaches and countryside much more often as a result of the pandemic, I and other locals are under tremendous pressure about when the council will restore this. Can we get this timeline?”

Mr. Thompson responded to the DEA adviser in Glens: “We already have our own project, since it was originally built, and we plan to replace it with exactly the same materials that were high quality and used before.

“Part of the reason for the delay is that we asked our infrastructure team for a replacement, but there was a problem with the supply of materials. We were told that we simply cannot get larch of the quality and quality we need.

“We believe we can now get them, so we will proceed with procurement to replace the design to the original specification and quality that was provided when the scheme was completed in 2019.”

The recommendation to expedite the replacement of the Ballycastle observation deck and the Rankerry footbridge was accepted unanimously.

Enough is enough for Portrush Youths