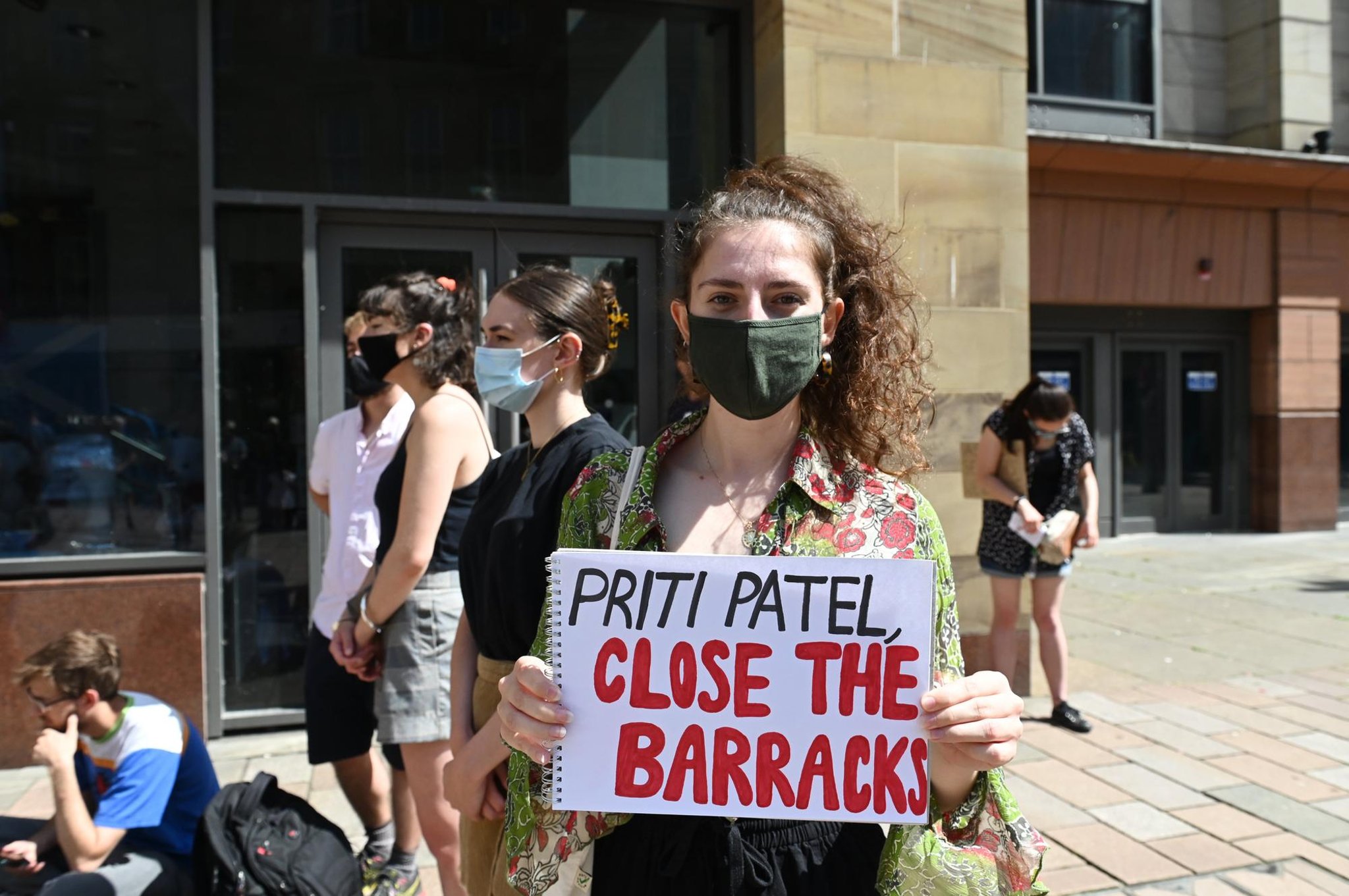 The most inspiring scenes of human life I have ever witnessed took place on the street ten minutes’ walk from my apartment in Glasgow.

One morning last May, a group of people, mostly dressed in homemade pajamas, like me, banded together to stop immigration from taking their neighbors.

The crowd and humanity grew as chants like “Refugees welcome here” filled the air with a strong sense of unity and defiance of a system of government that did not resonate with the people of Glasgow.

Yet now this hostile Home Office presence is once again striking and threatening the basic principles of humanity that the Scots pride themselves on defending.

On Tuesday, the House of Commons voted on Section 11 of the Citizenship and Boundaries Act – one of the “most violent parts” of the Refugee Act, as the Scottish Refugee Council describes it – to be brought to its final stages.

If passed by law, people fleeing torture would be punished with up to four years in prison just because they traveled to safety on their own, making what the government called “irregular trips.”

MPs also voted against an amendment by the House of Lords aimed at protecting the UK’s obligation to comply with the UN Refugee Convention.

“The Boundary Bill is the biggest threat to refugee rights we’ve seen in this country in decades.” said Sabir Zazai, executive director of the Scottish Refugee Council: “I don’t think the government can ignore this or push through laws that are not in line with public opinion and the international response to the conflict in Ukraine.”

People and organizations such as Together with Refugees have been devastated by the vote at a time when the UK government claims it is doing “everything it can” to help those fleeing Ukraine.

However, I hope it provokes defiance like those who took action in their pajamas on Kenmure Street.

Legislation is so out of step with public opinion that the UK government must fail and, in fact, we must not let it get away with it.