A large crowd was seen mocking the Irish famine as it made its way along Argyle Street and Jamaica Street. Referring to the devastation of the 19th century that killed more than a million people, the song urges the Irish to “go home” and claim to have brought “trouble and shame” to Scotland.

Scenes have been widely condemned in the political arena, and officials have been criticized for “facilitating events.”

But putting those claims behind them, ACC Higgins promised immediate action.

He said: “We did not facilitate the event and it is wrong to say so. Officers on patrol approached the group as it passed through Glasgow city center. To make up, additional officers were called in to help, and at that point, the details of the individuals were noted and the group dispersed.

“A past investigation has been launched into this Irish Catholic song and we are pursuing several lines of inquiry, including reviewing CCTV footage and footage on social media.

This kind of anti-Irish Catholic attitude is completely unacceptable. The inquiry is ongoing and we will take appropriate action against those involved. We will ask anyone who has any information to help us contact us in our investigation.

“However, the challenges of sectarianism are still evident in some parts of Scotland, which is a huge social problem and, while policing will play a role in alleviating the symptoms, the reasons for it are an issue. More efficient, needs to be linked, civic response. ”

Health Secretary Hamza Yousaf and lawyer Amir Anwar were among those who condemned the photos and called for action.

Mr Youssef said: “For those who are racist in our Irish community, they are told to go home – Scotland is their home. 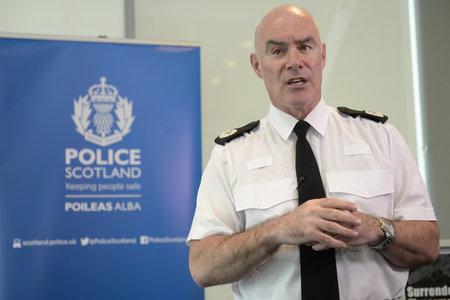 “Once again, I’m tired of seeing anti-Irish racism in its ugly head. Solidarity with our Irish community.

“I’m sure the police will hold Scott responsible.”

The Rangers won the derby 1-0 yesterday.

Why are movies based on “The Master and Margarita” almost never successful? Is there any good screen adaptation of Bulgakov? Galina Yuzefovich and Anton Dolin discuss this in “Book Market”