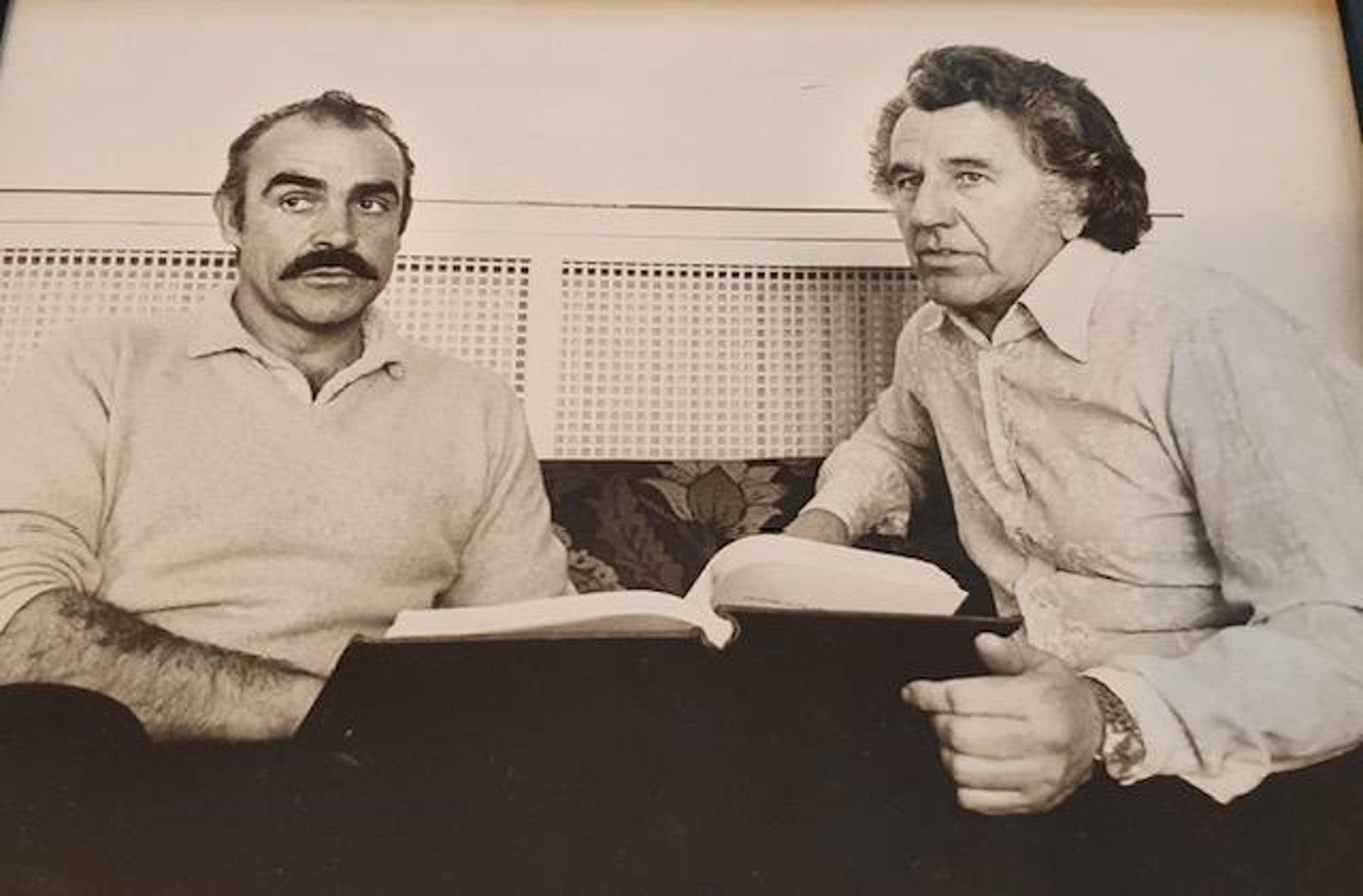 When Denis O’Dell was approached to work on a film with the Beatles, he wasn’t interested at all. “I didn’t want to make pop films, because usually they’re just a money-maker,” said O’Dell, who went from being a cook and driver to a producer in the business.

“I said I wasn’t interested. It was his children who convinced him that the band was something special. And the film marked the beginning of a six-year partnership with the Fab Four, during which O’Dell produced the Magical Mystery Tour, took over their Apple Films company, and directed numerous unsuccessful projects, including an attempt to make The Lord of the Rings with John, Paul, George and Ringo in main roles. Tolkien said no.

In the early 1970s, he partnered with Sean Connery at Tantallon Films, a production company named after the picturesque clifftop castle in East Lothian. When announcing the formation of the company, Connery was delighted to have O’Dell on board. “Good man… He did a lot,” he said.

The company made only one film, the highly acclaimed drama Crime, which showed how good an actor Connery was. With common working-class roots, O’Dell got along well with the notoriously suspicious Scottish star, and they worked together again on Robin and Marian and Cuba.

Robin and Marian is a forgotten gem and one of Connery’s best films, with Connery playing an aging Robin Hood opposite Audrey Hepburn’s Maid Marian.

At the end of the decade, O’Dell was called in as an executive producer and head of production to try to stem the cash drain on the troubled epic western Heaven’s Gate.

One of nine children, O’Dell was born in London in 1923. He won a scholarship to attend a grammar school, but never took his place as his parents could not afford school uniforms.

He left school at 15 and first worked as a tea boy at Denham Film Studios before gaining early uncredited experience as an assistant director. During World War II, he joined the Royal Air Force, but hopes of qualifying as a pilot were dashed when he was found to be colorblind.

After the war, he returned to the film industry, initially as a driver. By the mid-1950s, he was an assistant director on a wide variety of films, from Scrooge to Mother Riley Meets a Vampire, after which he changed direction slightly, gaining experience as an associate producer in film and television.

It was in this capacity that he was hired to work on the Beatles’ 1964 film A Hard Day’s Evening. He was also an associate producer on the black comedy How I Won the War and a key figure in bringing John Lennon to his only acting role in a non-musical film.

O’Dell later recalled, “A few days after Brian Epstein’s death, I was having lunch with Richard Lester at Isleworth Studios in London when I got a phone call and it had a huge impact on my life for the next three years.” It was John and Paul. Denis, it’s us! Can you come and meet us in the next few days? Certainly. What about? We thought. We want you to come and rule us.”

When the Beatles created Apple in 1968, O’Dell became a director of the main company and head of Apple Films. A distinctive figure in a suit and tie, heavy glasses and a mop of curly hair, O’Dell became the link between the group and the business world.

But it was a disappointing experience. The animated film Yellow Submarine featured songs from the Beatles, but O’Dell was unable to convince the band to record the dialogue scenes and voice actors were hired to voice the characters.

O’Dell went to the Maharishi retreat in India with the Beatles and took Ringo’s supply of baked beans when Ringo left early.

The four Beatles were often pulled in different directions, and the documentary “Let It Be” turned out to be a capricious affair. The film actually grew out of an offer by O’Dell to make a half-hour TV documentary called The Beatles at Work.

You Know My Name (Look Up The Number), the B-side of the Let It Be single, includes a section in which Lennon jokingly introduces McCartney as Denis O’Bell, who then sings the old school chorus. singer.

And the fans were looking for him. Despite the slight name change, O’Dell was bombarded with calls. “There were so many that my wife started going crazy. None of us knew why it suddenly happened.

“Then I happened to be on one of the Sundays and picked up the phone myself. It was someone on LSD calling from a candle factory in Philadelphia and they just kept saying, “We know your name and now we have your number.”

Ideas that could get the Beatles to work with Jean-Luc Godard and Joe Orton and play d’Artagnan and the Three Musketeers came to nothing. O’Dell did manage to launch The Magic Christian with Ringo Starr and Peter Sellers and a writing team that included John Cleese and Graham Chapman.

It was another difficult shoot, the Sellers were hard to work with. However, O’Dell delivered it on time and on budget, and the financiers treated O’Dell, Ringo, Sellers, and director Joe McGrath to a free trip to QE2 as a reward.

O’Dell had a reputation for being a tough leader and joined Heaven’s Gate at a time when the budget and schedule were already over budget. He was involved towards the end of filming and helped make Oxford become Harvard. United Artists threatened to close the production unless director Michael Cimino met strict schedule and cost conditions.

The film was completed but flopped at the box office, although many critics now regard it as a masterpiece. It was O’Dell’s last credit before he became one of the many producers of Peter Jackson’s recent three-part documentary series The Beatles: Come Back for Disney, for which he provided never-before-seen footage.