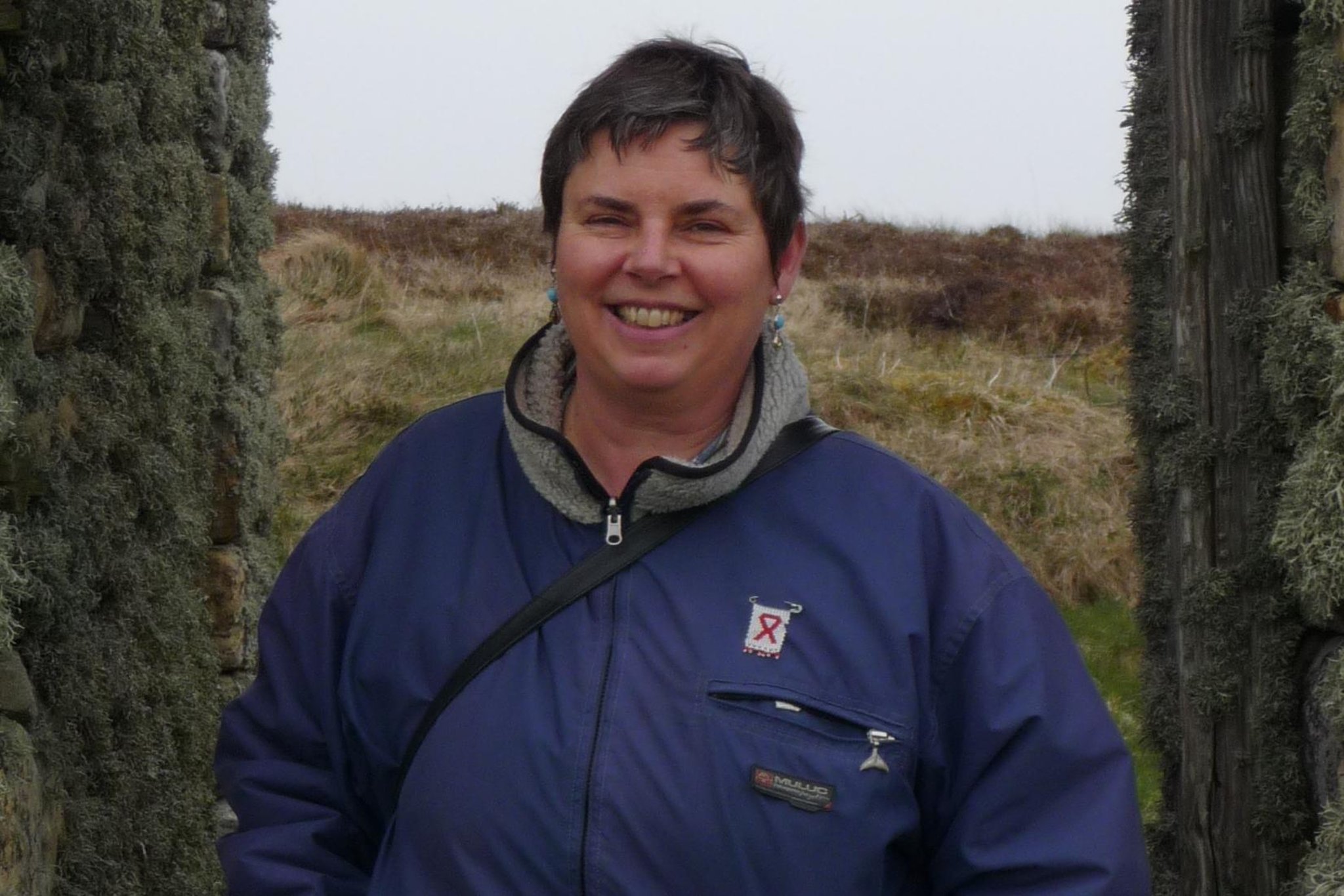 Caroline Wickham-Jones was one of Scotland’s most active and enthusiastic archaeologists, a specialist in the Neolithic and Mesolithic past of our country. It is largely thanks to her that the public is made aware of the Scottish hunter-gatherers who roamed our landscapes and waterways after the ice receded 9,000 years ago.

Born in Middlesborough in 1955, Caroline discovered the charms of the distant past as a young girl and by the 1970s convinced her parents to take her to Orkney for her first look at the Neolithic sites that would remain a lifelong passion. She received a degree in archeology from the University of Edinburgh and then a master’s degree in heritage management from Birmingham.

Despite an active teaching career throughout her life, including a period in South America and a number of honorary research positions at universities including York and Newcastle, she also remained a freelance archaeologist, directing excavations at Rama and Skye, as well as Orkney.

These sites deepened her interest in the Scottish Mesolithic, and in 1994 the book The First Settlers of Scotland was published. Other publications also aimed at a general audience include Between Wind and Water (2006), History (2009), Fear of Farming (2010), Orkney: A Historical Guide (2011) and Orkney Monuments: A Guide (2012). Clearly written, with expert knowledge of the subject, these books speak to the value Caroline placed on broader communication.

In 2002, she was able to move permanently with her son to the Orkney Islands, to a house overlooking landscapes and seascapes so rich in prehistoric remains.

Her research and knowledge of the Neolithic era helped create the UNESCO World Heritage Site “Neolithic Heart of Orkney”. However, her interest in the Mesolithic continued, and since most of its footprints now lie underwater, in recent years Caroline has developed methods for underwater photography. Her almost last publication in 2018 was titled Landscape Beneath the Waves: An Archaeological Study of Underwater Landscapes.

Her attitude to the past, according to his fellow archaeologist Mark Edmonds, was not a refuge from the hardships of today, but rather a help in thinking about the present and the future. Inevitably, having seen how rising sea levels destroy many archaeological sites, she was one of the first advocates of environmental issues.

Although she is a true independent expert, it is her generosity of spirit, her enthusiasm and willingness to communicate that are best remembered by fellow archaeologists and her many friends. One colleague called her the least “territorial” of archaeologists.

She loved to have fun and believed that knowledge like food and home could be shared. Her own knowledge of her entire range of interests was made available to all through her website, her personal correspondence, and in fireside conversations and walks.

On these latter, whether it was the coastline of Orkney, a farmer’s field, or the headwaters of the River Dee, her trained eye could discern the tools and signs of long-time inhabitants. Most recently, in 2021, she participated in a community project to study rock scatter sites in downtown Deeside.

Caroline had a wide reach, attracting the attention of artists and creative writers who came to her with research questions. Her correspondents had a habit of becoming friends.

There was no such thing as a stupid question; an email inquiring about hunter-gatherers or stone tools could be answered within hours with links, scientific papers and photos—and an invitation to tea.

When the writer Margaret Elphinstone was working on her Mesolithic novel The Night of the Night, Caroline Wickham Jones was the chief consultant. Margaret Elphinstone recalls, “I soon moved into her house for a few weeks, with access to her amazing library and a spot on her Long Howe dig.”

Her extensive website begins with the question, “Why study archaeology?” Her response: “Because it will enrich your life. Whatever you do.”

The last entry on her blog, written just a few weeks before her death, is characteristically generous. It’s about diversity and its absence in television archeology. “We live in a diverse world. Diversity has existed in the past. Archeology is a diverse profession. Surely we don’t have to put in a lot of effort to reflect that in everything we do?”

She insisted that we value the contributions of “amateurs” and “unknowns.” “Those who work on the excavation of the smallest archaeological monuments contribute no less than those whose research will grace our television screens and newspapers.”

Our understanding of Scotland’s past and each other’s present has been greatly enriched by Caroline Wickham Jones.