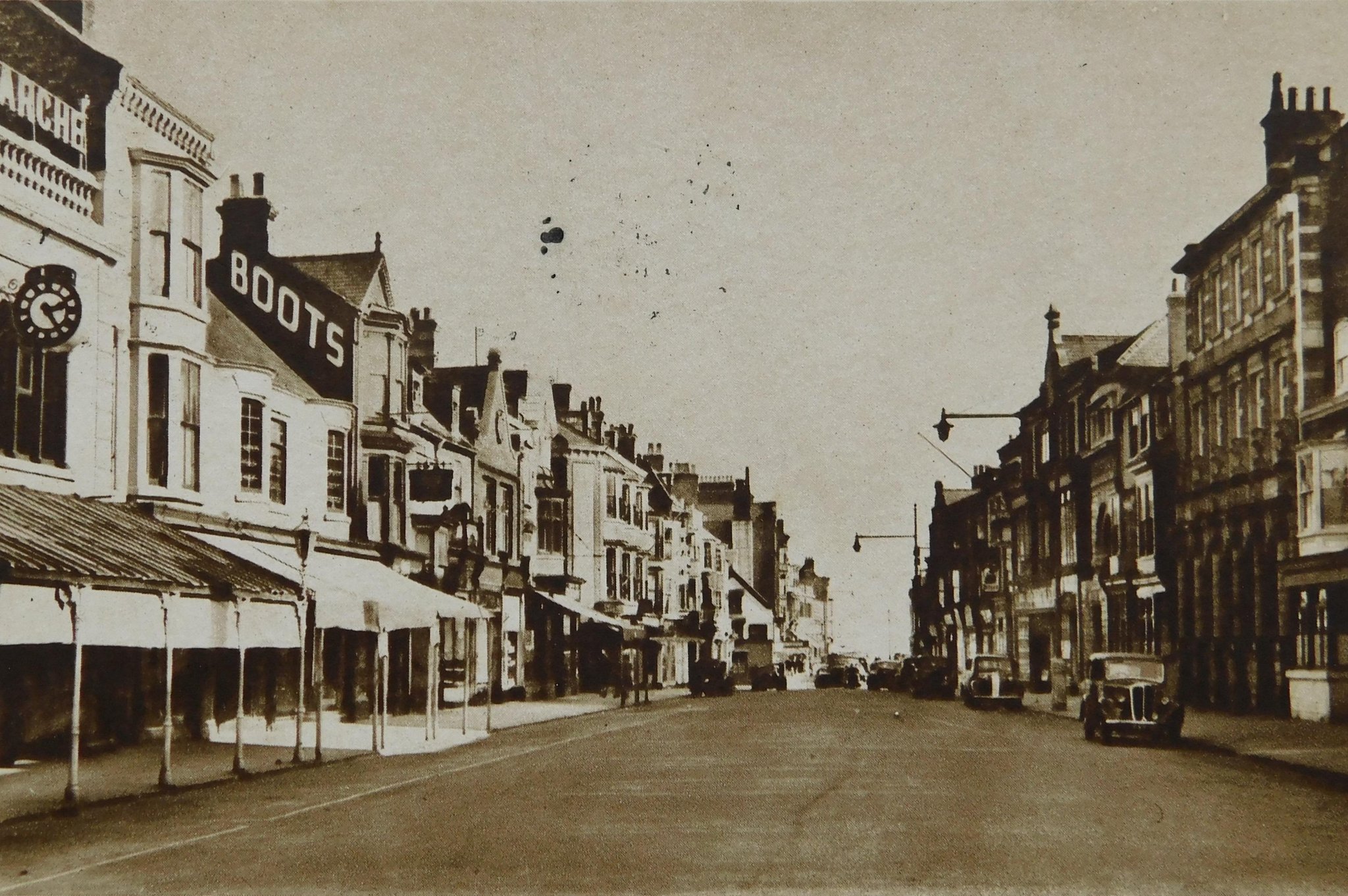 The stamp on this black and white postcard of King Street is dated 1950.

This time, Mr. Jones is focusing on King Street thanks to a fantastic 1950 postcard showing both change and constant.

Mr Jones said: “Here is a gorgeous vintage postcard showing one of Bridlington’s iconic streets, King Street, looking east up Prince Street. The postmark on the back is dated 1950, so the black and white photograph is over 70 years old.

“If you compare this to a modern replica made today, you will see both strong similarities and quite a few differences, especially on the left side of the street.

King Street as it looks today.

“Historically, King Street dates back to the late 17th century when the local landowners The Lords Theoffis leased out buildings on a piece of land known as Bridlington Moor.

“In the late 18th century, King Street was known for its elegant private houses with large gardens behind them. Most of them belonged to merchants and sea captains.

“The building currently occupied by Superdrug was built in the late 1700s for John Pitts and with its three-story, five-bay design must have looked amazing. By the 1880s, most of the façades had been torn out and replaced with inserted storefronts, which was a crying shame because it spoiled the street’s interior character.

“Today, towering on King Street is, of course, the popular city public library (number 14), which opened as the city library in 1937. It was originally the Bank of the City of York and County and was artfully rebuilt in 1898 for the Midland Bank. A number of extensions were added in 1966 and 1973.

“There is the famous Boyes store on the left side of the street, but it is a completely modern building built like Hammonds in 1970. The site was formerly the site of an upscale millinery and fabric store built in 1857. This building became Carlton’s department store in 1911, the year of the coronation of George V and his wife Mary, but unfortunately was demolished in 1968.

“A few steps from the Carlton was the first Bots store in the city (number 23), which is now occupied by Sex. Another prominent British company, Marks and Spencer, also opened its first store in Bridlington at 34 King Street before moving to larger premises on Prince Street. The oldest continuously operating business on the street is the aptly named King’s Arms, which dates notably back to the reign of George IV.

“There were quite a few famous people on King Street. It was through the influence of one such man, Arthur Strickland, Chairman of the Commission of Port Commissioners, that the city’s North and South Piers were rebuilt in 1848, laying the foundations for the modern fishing port.”