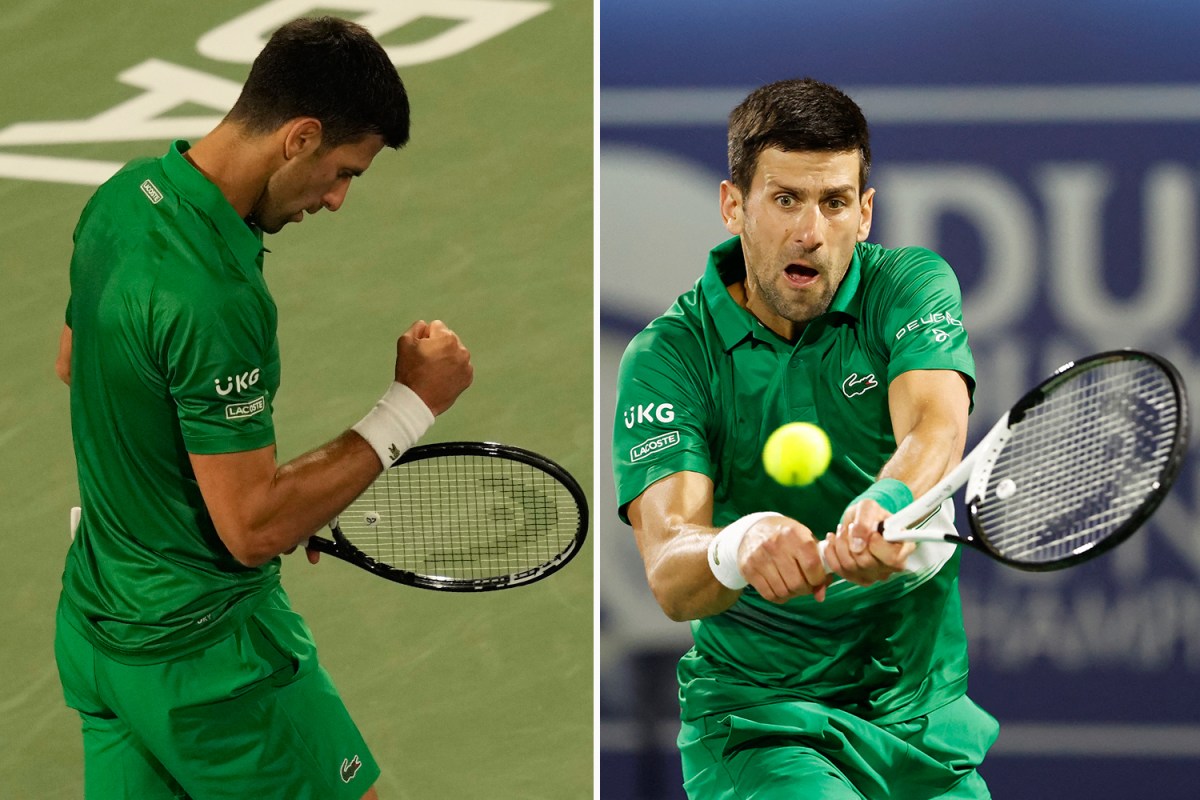 NOVAK DJOKOVIC has returned to the court for the first time since being ejected from Australia with a victory in Dubai.

The world number one beat Lorenzo Musetti in the Middle East on Monday night.

It was his first match of the year and the first since he was denied entry to Australia last month.

The 20-time Grand Slam winner insists he is not anti-vaccination, but believes in the human right to choose.

Djokovic refused the Covid vaccine and went to the first Grand Slam this year on a “medical exemption”.

The tennis star was detained and then turned back at the Australian border when he tried to enter the country to compete in the Australian Open last year.

After a tense 11 days in which two visas were revoked, two trials, and an overnight stay in an immigration detention center, Djokovic was deported.

And the No. 1 world recently said it was ready to miss more Grand Slams than it is to get hit.

He said: “The principles of deciding on my body are more important than any title.”

The Serbian citizen has made it clear that he would rather miss out on events like Wimbledon and the French Open because of his position.

He took home £1.5m after winning the 2021 Australian Open, although his great rival Rafa Nadal made £2.3m last month, up 53% thanks to the financial recovery from the pandemic.

However, the seven-time world champion added at the end of the year that he hoped the strict vaccine rules for future tournaments could change as he would like to “play for many more years”.

He also explained that he received vaccines as a child, adding, “But I have always supported the freedom to choose what you put into your body.”

A number of studies on the Covid vaccine have shown how effective the vaccine is at slowing the spread of the deadly virus.

It’s critical to take life-saving shots and be fully protected, after the latest Pfizer study showed that three doses “neutralize” the mutant variant.

And just one shot of Covid provides two-thirds protection against the virus.