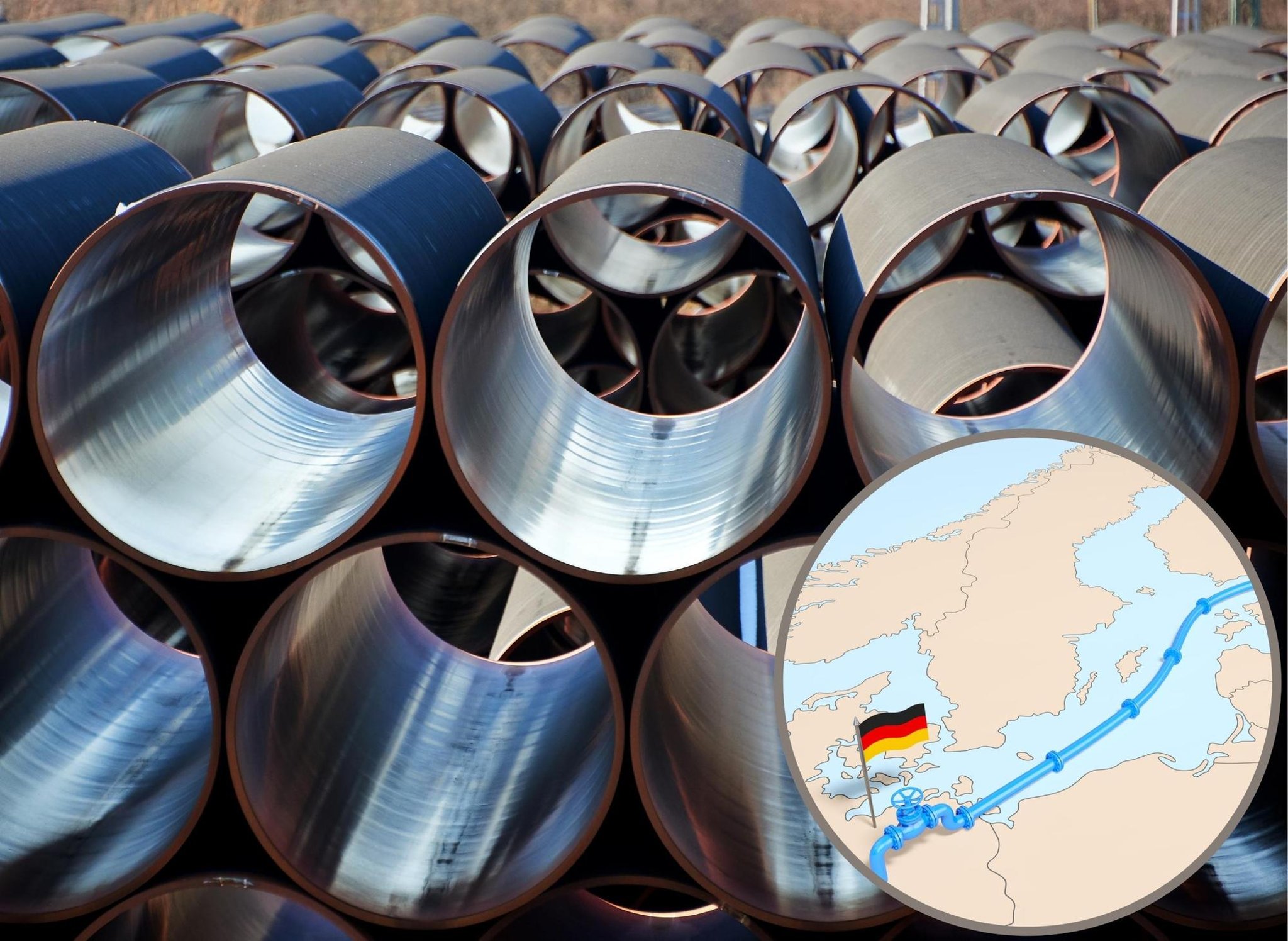 Nord Stream 2: What is Nord Stream 2? The role of Nord Stream 2 in the Russian-Ukrainian war, map and where the UK gets its gas from (Image credit: Getty Images via Canva Pro)

As Russia faces a wave of international sanctions following its escalating invasion of Ukraine and its decision to recognize Ukraine’s Donetsk and Lugansk regions as independent republics, the Nord Stream 2 pipeline is playing an increasingly important role in the geopolitical crisis.

The ongoing conflict between Russia and Ukraine has escalated in recent days as Russia has amassed nearly 200,000 troops on the border with Ukraine and sent Russian troops to the Donbas region as “peacekeepers”.

Ukrainian crisis: Why Russia invaded Ukraine and what President Volodymyr is doing…

A map of the Nord Stream 2 pipeline shows the entry point of the Russian gas pipeline into Europe, starting at Ust-Luga in Russia and ending in northern Germany (Image credit: Getty Images via Canva Pro)

As the European Union deploys its Cyber ​​Rapid Response Team to deal with growing cyber threats, Germany has also suspended the certification of the major European Nord Stream 2 natural gas pipeline needed to operate it.

But what is the Nord Stream 2 gas pipeline?

And why does the European gas pipeline play a role in the ongoing Russian-Ukrainian crisis?

What is Nord Stream 2?

The Nord Stream 2 pipeline is a billion-dollar gas pipeline that is the successor to the existing Nord Stream pipeline, which carries natural gas from Russia to Germany and the rest of Europe.

Nord Stream 2, 1,200 kilometers long, will connect Russia and Germany by crossing the bottom of the Baltic Sea and will double the amount of gas supplied to Europe via the first Nord Stream gas pipeline.

The construction of the second gas pipeline, which runs parallel to the first Nord Stream, cost $10 billion and was completed in September last year.

It is estimated that 40% of natural gas in Europe is currently supplied by Russia, and Nord Stream 2 will supply up to 110 cubic meters of gas per year after commissioning.

Both Nord Stream and Nord Stream 2 are owned by subsidiaries of Gazprom, Russia’s state-owned electricity supplier, which owns St. Petersburg’s Gazprom Arena, which is to host the UEFA Champions League final.

Where is the Nord Stream 2 gas pipeline located?

The Nord Stream 2 pipeline runs from Ust-Luga in the northwest of the Leningrad region of Russia to Greifswald in northern Germany along the bottom of the Baltic Sea, which borders Denmark, Sweden, Finland, Estonia, Latvia, Lithuania, Poland, Germany and Russia.

But Nord Stream 2 has long been a source of geopolitical tension between Russia and Western countries like the US and UK, which have shown opposition in the past to yet another Russian pipeline to Europe, fearing the consequences of Europe relying too heavily on Russia to supply gas.

Building the gas pipeline under the Baltic Sea, rather than through the existing pipeline infrastructure in Ukraine and Poland, allows Russia to avoid the additional cost of transporting Nord Stream 2 gas through onshore pipelines directly connected to Northern Germany in order to increase Germany’s access to natural gas. .

What is the role of Nord Stream 2 in the war between Russia and Ukraine?

The Nord Stream 2 gas pipeline has been part of the sanctions against Russia over the past few years, with the US previously applying financial sanctions to Russian companies involved in the pipeline project in November 2021.

After Russia’s decision to recognize the independence of the Russian-occupied Lugansk and Donetsk regions was approved, German Chancellor Olaf Scholz said that there had been a “serious violation of international law” that required a reassessment of the Nord Stream 2 gas pipeline project.

Federal Chancellor Scholz ordered the German Ministry of Economics to withdraw a report on the security of Russian natural gas supplies to Germany via Nord Stream 2 and suspend the certification of the gas pipeline.

“Without this certification, Nord Stream 2 cannot be put into operation,” Federal Chancellor Scholz said, adding that the necessary assessment of the “drastically changed situation” will now be “taking into account the changes that have taken place in the past few days.”

President Joe Biden reiterated in the announcement of U.S. sanctions on Russia on Tuesday (Feb. 22) that in alliance with Germany, it would ensure that Nord Stream 2 “will not move forward.”

Many commentators and governments around the world praised Germany’s decision, with British Foreign Secretary Liz Truss hailing it as a “strong response” from the German Federal Chancellor.

UK gets gas from Russia?

The UK gets most of its gas domestically, with less than 5% coming from Russia, meaning sanctions on Russia’s Nord Stream 2 gas pipeline won’t have a direct impact on our own electricity bills.

The oil fields in Norway and the North Sea supply most of the natural gas to the UK, with the rest supplied in the form of liquefied natural gas (LNG) supplied worldwide from countries such as Qatar and the US.