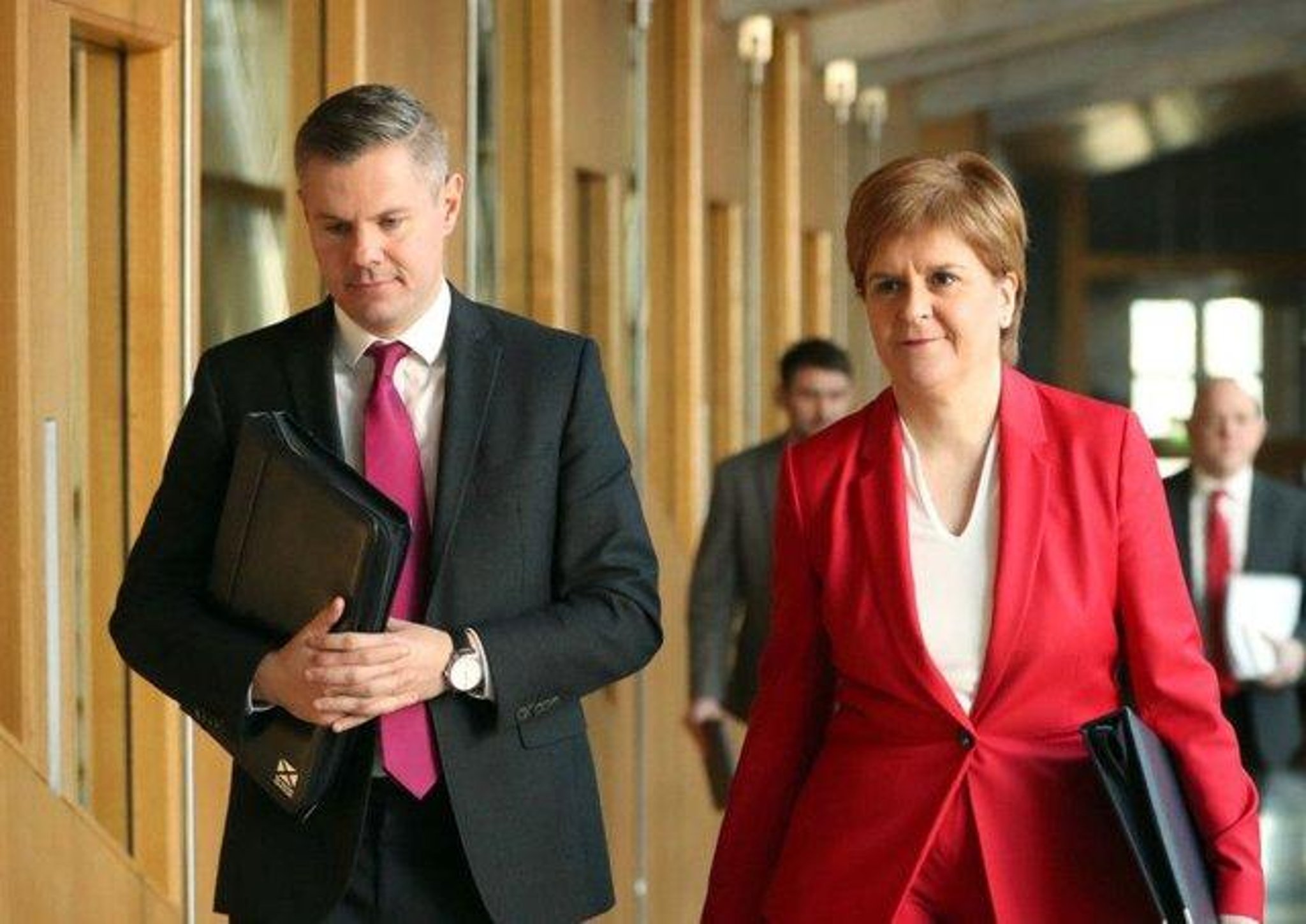 The First Minister insisted that she be “stopped” but noted that it was common knowledge that Mr. McKay was Minister of Transportation at the time the contract was signed.

This comes after further delays were announced in the completion of the two ships at the center of the controversy, Glen Sannox and Hull 802.

They will not enter service until at least next year and their cost will rise to around £240 million, two and a half times the original price.

Treasury Secretary Kate Forbes briefed Holyrood on Wednesday, reporting further cost overruns and delays, which she said were caused by a problem with a cable that was purchased before the Scottish government saved the shipyard from closure in 2019.

However, she was unable to say who signed the contract.

Speaking at the First Minister’s Questions, Scottish Conservative leader Douglas Ross asked for a “straight answer” to which the Minister gave the green light.

Ms Sturgeon said: “Who was the transport minister at the time is of course in the public domain. It was Derek McKay.

“And ultimately, as with all decisions, whether I personally participate in them or not, the responsibility falls on me.”

Mr McKay stepped down from Holyrood in February 2020 after it was revealed he bombarded the 16-year-old with messages.

Mr Ross told the First Minister that “it is very convenient that the person who is being accused is no more.”

Ms Sturgeon denied the accusation that she threw Mr McKay “under the bus” and said: “This is a government that operates on the basis of collective responsibility and I am ultimately responsible for all the decisions that the government – the dollar stops.” with me.”

She continued: “I am not advocating cost overruns, delaying the construction of these ferries is completely unacceptable.

“But in every way the motivation of this government has been to save jobs, save the shipyard and make sure that these ferries – albeit belatedly, and this is deeply regrettable – can be delivered, and this is what we still focused. on the.”

Mr Ross reiterated his calls for a public inquiry and referred to an extract from the Audit Scotland report which stated: “There is no documentary evidence to support why Scottish ministers were willing to take the risk of being awarded the contract (Ferguson Marine) despite ( Caledonian Maritime Assets Limited).

He said it was “one of the most reckless decisions ever made by the Scottish Government” and “one of the worst public spending disasters since the handover”.

Ms Sturgeon pointed to a recommendation in the report that calls for a “review” following the completion of the ships, insisting ministers “will consider what form this further review will take.”