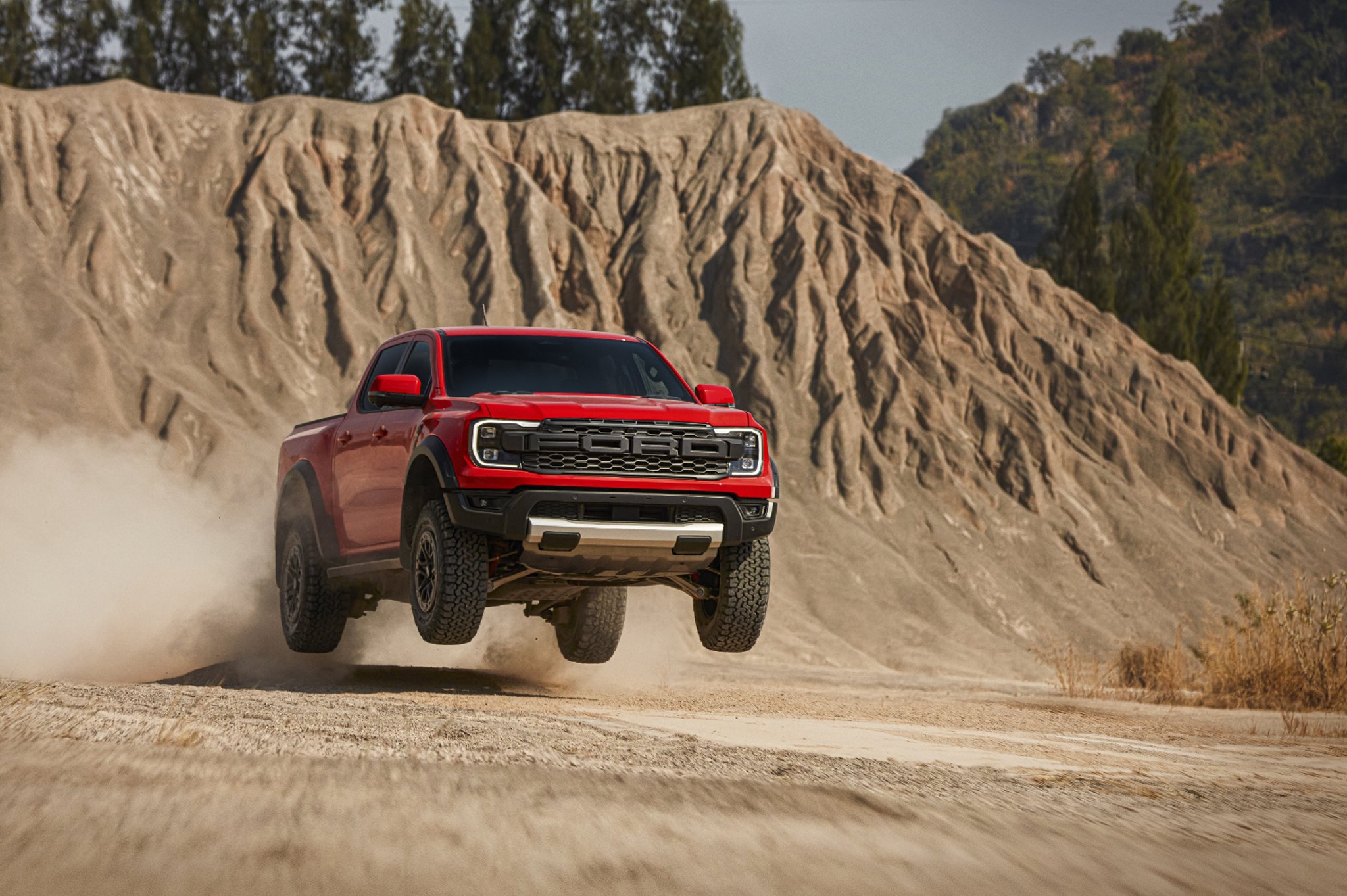 The new version of the firm’s powerful truck is powered by a 3.0-liter twin-turbocharged V6 petrol engine instead of the first generation’s 2.0-liter four-cylinder diesel engine.

The new unit produces 284 hp. and 362 lb-ft compared to 210 hp. — although emissions regulations mean European-spec cars get nearly 100 hp. smaller than US and Australian models.

Performance figures have not been announced but are expected to be significantly better than the previous truck’s 10-second 0-60 mph time.

Raptor – halo model for new lineup of rangers and will arrive in the UK this summer, ahead of the launch of the “regular” truck.

Key among the upgraded parts are new dampers supplied by Fox but tuned by Ford Performance engineers. The 2.5″ Live Valve shocks feature Teflon oil to reduce friction and an internal bypass feature for better on-road comfort without sacrificing the truck’s off-road capability.

A new permanent all-wheel drive system with an electronically controlled two-speed transfer case and lockable front and rear differentials underpins the truck’s off-road capability with a choice of seven driving modes. There are also four settings for the sports exhaust, ranging from “quiet” to full “baja”, which mimics the note of a direct-flow system.

Helping to improve performance is a special delay avoidance system, first used in the GT supercar. This allows the turbos to keep spinning for up to three seconds after the driver releases the throttle to provide instant response if they accelerate again.

Externally, the second-generation Ranger Raptor received a new version of the full-width FORD grille common to all Raptors, with a new C-Clamp LED headlight on the sides. Unique 17-inch alloy wheels are shod with exclusive Raptor all-terrain tires, while cast aluminum side steps and flared fenders give the Raptor an aggressive look.

Inside, according to Ford, the new truck features “jet fighter-style sports seats” as well as Code Orange accents and ambient lighting. Standard features include a heated leather steering wheel with center markings, magnesium paddles for the 10-speed automatic transmission, a 12.4-inch digital instrument display and a 12-inch infotainment screen.

Pricing for the 2022 Ranger Raptor has yet to be announced, but first customer deliveries are expected this summer.