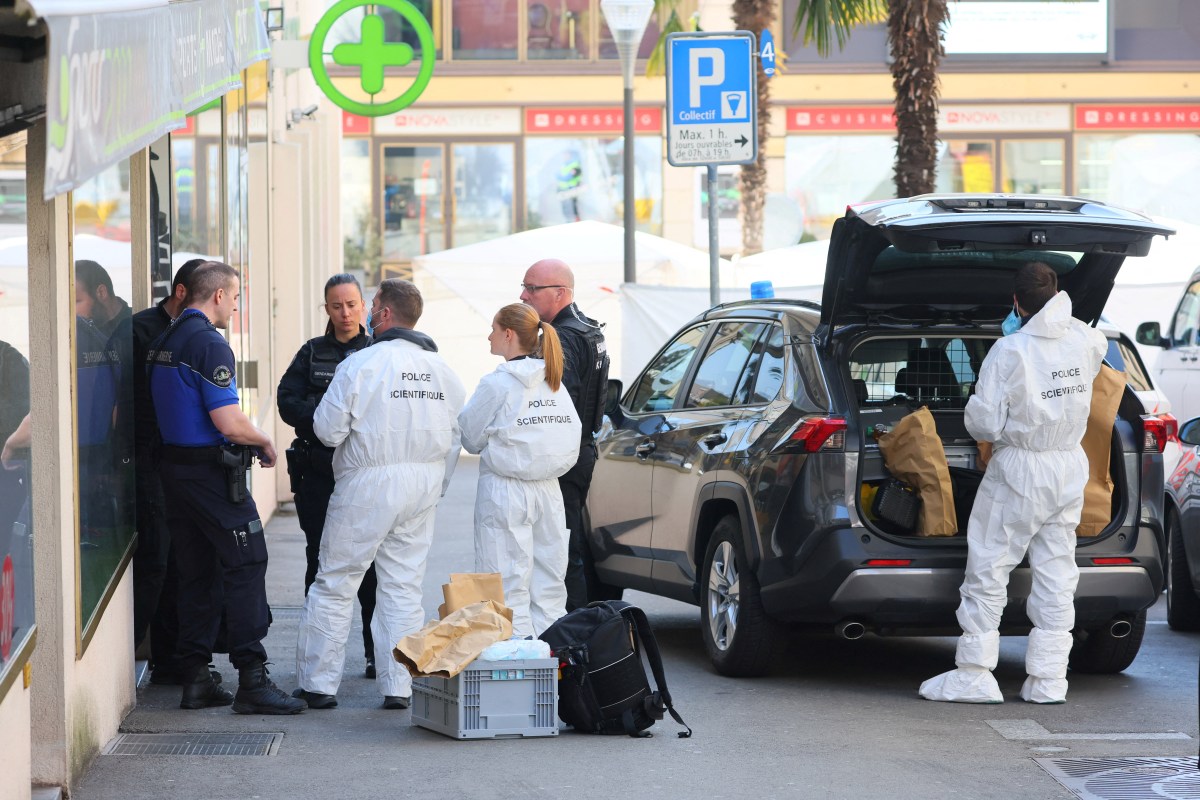 FOUR family members were found dead and the only survivor seriously injured after they “jumped off a balcony together”.

Police were called to the scene in Montreux, Switzerland after reports that five people jumped together from a building next to a casino.

The only survivor of this mystery was a 15-year-old boy who was hospitalized with severe injuries. Le Temps.

Official identification is “still ongoing” but police have confirmed that all five are members of the same family of French citizens.

Several neighbors interviewed in the area stated that the incident took place around 6 am.

One neighbor said he clearly saw three bodies on one side and two on the other.

He said, “I thought it was a bad movie, I couldn’t look at the picture for more than a few seconds.”

Another witness, who was present at the scene before the police arrived, claimed that people were lying on the ground without shoes.

Vaud police spokesman Alexander Bizenz told The Daily Beast that the group appeared to “visibly throw themselves into the void from the apartment”, landing hard on the pavement below, where passers-by found them.

The police also confirmed that there were no other people in the apartment besides them.

According to a police press release issued around 1:00 p.m., the tragedy occurred after two police officers came to the apartment “to execute an arrest warrant issued by the prefecture in connection with a child’s homeschooling.”

The policemen knocked on the door and heard a voice asking them who was there, but they did not hear any more noise in the apartment.

Unable to contact, they left the premises, and in the meantime, a witness called the police and said that “people fell out of the balcony of the apartment.”

Katya, 35 years old, Bleek said: “I was awakened by the noise of the police, who came to race with a lot of ambulances. We have a whatsapp group with the neighbors and people thought the casino was raided.”

Her colleague Rosa, 66, said: “I have lived in the area for 32 years and have never experienced anything like this. I thought maybe it’s someone I know. Everyone says it’s family.”

One neighbor described the family, who moved in three years ago, as “inconspicuous” and “very reserved.”

“You didn’t hear anything from them, your father never greeted you in the corridor and ordered a lot of packages almost every day.”

However, he claimed to have noticed a strong smell of incense sticks in the last few days prior to the incident.

Police have not confirmed if the jumpers were that family, but a full investigation is under way.

Dozens of police officers and a special forensic squad were present, the crime scene was cordoned off while they collected samples, inspected balconies and searched for evidence with a police dog.