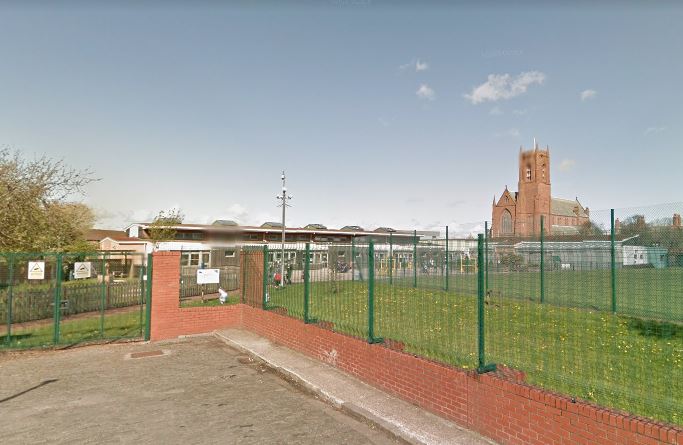 MOTHER is furious over a note sent out by her son’s school criticizing parents for keeping their children at home during Hurricane Franklin.

All Saints in a Bottle Catholic Elementary School sent a letter to students home on Monday due to 70 mph winds and wild weather in Merseyside.

In a note published by the Liverpool Echo, parents are scolded for keeping their children at home because of the weather.

It said: “Welcome back to the new half of the semester to everyone who returned to school this morning. It was great to see our children excitedly reunited with their friends and with the staff.

“Unfortunately, today we have many children, but not because of Covid or other diseases, but, apparently, because of the wind!

“I have to say that I find this overwhelming, not least because most of them live in close proximity to the school.

“Given the amount of preschool and school experience our children have already missed over the past two years, missing a whole day today is unacceptable.

“For the staff, many of whom have come a long way here this morning in an effort to introduce new learning topics to their class, this is incredibly frustrating.

The letter then went on a tangent, comparing the privileges of All Saints students to those in less fortunate environments.

It said: “I am always in awe when I see pictures of children and parents around the world who value education so highly that they walk barefoot for miles or clamber over rubble, past bombed-out ruins, to get to school.

“I wonder what they can say about our school attendance today.”

A single mother with her son at school said she was unimpressed by the note’s accusatory tone and felt she was doing the right thing.

She said: “For safety reasons, I didn’t want him to walk on his own, I know that many people didn’t let their children in either.

“When I saw the email from school, I cried about it to my sister because they made me feel like a bad parent for putting my child first.

“I was shocked by the last part of the letter, you cannot compare children and people in very poor countries here. It was terrible”.

All Saints director Angela Holleran said the school had no intention of upsetting the parents.

She said: “We are aware that we experienced windy weather on Monday morning and that the Met Office issued a yellow weather warning for our area, indicating a possible low-level impact.

“Like the schools in Sefton, we were open to all students as usual.

“All risk assessments at the facility were carried out long before the arrival of the children.

“All of our staff were at the school, ready for the start of the new semester, fully awaiting the arrival of students, given that the vast majority of them live in close proximity to the school.”

She explained to the visiting students that the classes went as planned after additional risk assessments were made on site.

She regrets “any distress caused to the parent” that caused the parent to feel the need to speak publicly about the letter.

Principal Holleran said: “That was not our intention. Before and after the pandemic, we focused on the right of every child to a full-time education.”

Franklin was one of three named storms to hit the UK in just one week and hit Britain, causing severe flooding and the cancellation of transport services.

At least four people have died during a week of unprecedented weather as hundreds of people were evacuated over fears that heavy rains could endanger lives.