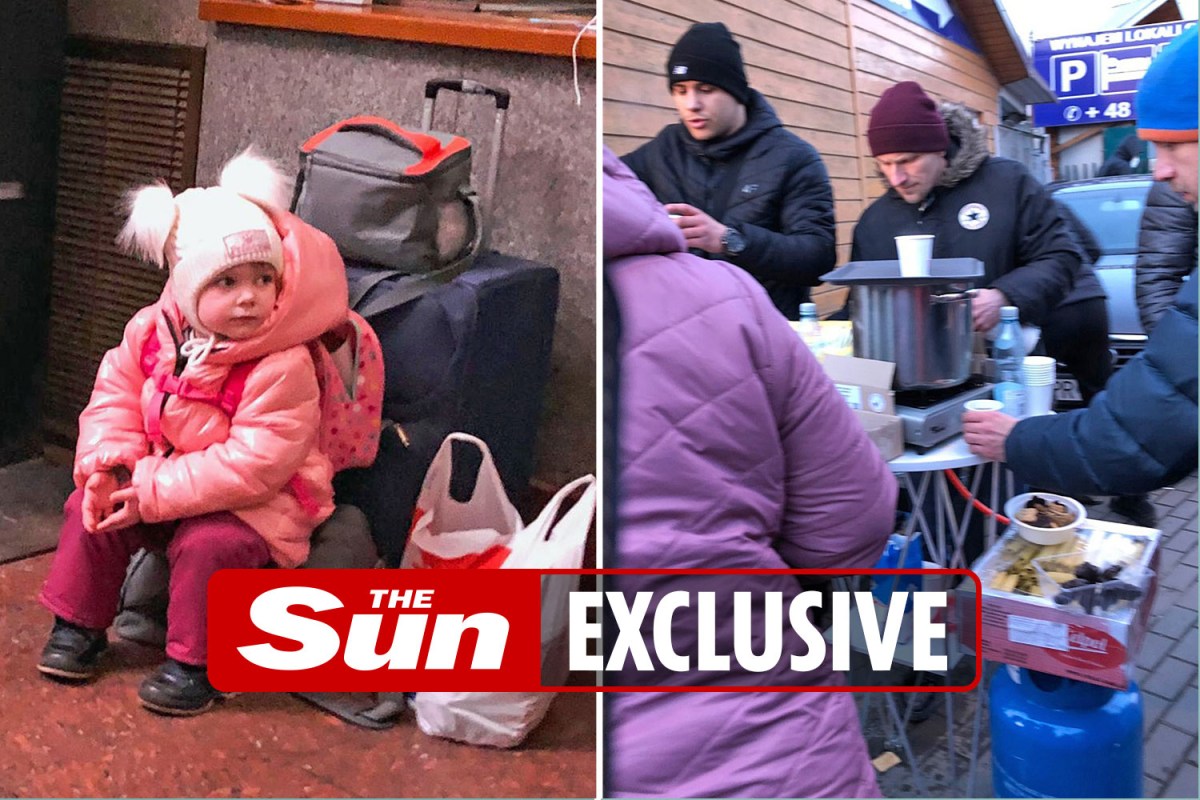 A MAN described how his Ukrainian friend was taken to fight against Russia when they walked 43 miles to the Polish border.

Manny Marotta, 25, told The Sun that he saw Ukrainian soldiers pull men out of cars in front of their children to send them to military service in the East.

Usually an art museum tour guide, Manny from Pennsylvania, USA, was in Ukraine for a week and a half working as a freelance journalist when Russia invaded Ukraine on Thursday.

Manny, who is traveling with a friend from London, Sam Alexandri, told The Sun: “On Thursday morning we realized that we needed to leave Lviv. All trains and buses going to Poland stopped, so the only way to get out was on foot.

“This journey was made not only by young people, we saw elderly and infirm people who carried their property along the road. Some had pets and had difficulty walking.

“It got much worse as night fell. There are no street lights on these roads in the country and conditions were incredibly harsh.

“We just had to walk – there was no other way out.”

On Thursday, President Zelenskiy ordered all men between the ages of 18 and 60 to be drafted into the army, and Manny watched in horror as soldiers dragged fathers out of trailer cars in front of their terrified children.

He said: “Essentially, these were draft units that took every man between the ages of 18 and 60 from his family.

“Sons were taken from their mothers when they tried to escape. It was painful to see.

“I made a friend named Max, a 24-year-old Ukrainian student who got scared and went with us to Poland. When the troops arrived, he was taken into the army, he had no choice.”

Video taken by Max’s Manny as the soldiers arrive shows a frightened young student being forced to leave the queue formed at the Polish border.

Max is heard saying, “I really hope I’m lucky to stay in line, but I hear a man yelling that we should all come back, all Ukrainians. They say I need to get out of line.”

When Manny finally made it to the border late Thursday night, leaving at 7:15 a.m., he was part of a “mob of people” of about 2,000 who tried to escape.

He said: “Polish authorities let 10 people through every 20 minutes, so you can imagine how long it took. It took about eight hours to overcome the last 500 meters.

“There was total darkness, thousands of people were in terrible conditions without first aid, without water, without food and without toilets.

“On the contrary, when we arrived in Poland, we were greeted with tea and donuts. Then we were taken by bus to Peremial, where we are now.”