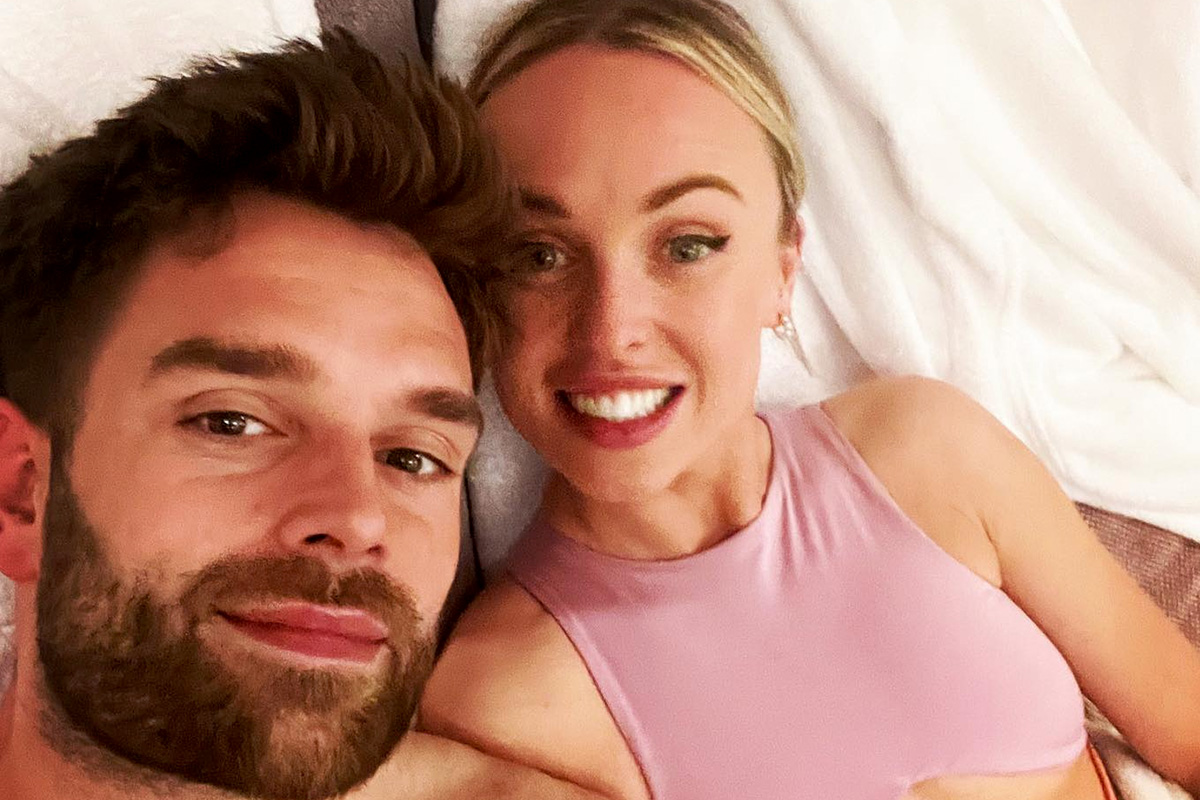 The 34-year-old revealed that she and Ollie have access to each other’s phones and “completely trust” their relationship.

She said, “I’m so impressed with how Denise handles it, they’re on Gogglebox too, they’re sitting together and you’re kind of invested in them as people.

“I think the way she handles it is very admirable and it’s a very powerful act. I suppose you should because she’s in the public eye and she had to rewrite the end of her book.”

Denise called off her engagement to Eddie after discovering that he was sending X-rated messages to other women.

When asked if she thought it was normal to look at her partner’s phone, Georgie replied: “[Ollie and I] both know each other’s passcode and I think we knew it from the start because I have nothing to hide and I know he won’t read my messages and if he does he won’t find anything.

“It is total trust and total trust. I have never had such confidence before. Also I don’t go to his Whatsapp.

“There was a time when he kind of hid his phone and I was like, ‘What the hell?

“It was because he was trying to hide his engagement from me. If he cheated, I would cut off his dick right away and I think he knows.”

Georgie also branded Eddie a “scoundrel” and insisted that if you feel the need to lie in a relationship, you shouldn’t get into it.

She said, “Let them be with someone who will love them unconditionally. Denise was very attractive and funny, and she does it much better than this real scumbag.

“We can call him a scoundrel, because that’s what he turned out to be.”

In her new book A Little About Me: From Basildon to Broadway and Back, Denise opens up about how she broke up with her future husband in January after she found out he was cheating.

She said she caught Eddie, 47, her boyfriend of seven years, flirting with three women and said it was “disrespectful and terribly hurtful.”

Denise said she was with a friend when she decided to check some deleted photos on his iPad.

Speaking about the photos and Instagram posts she found, Denise said: “Among the photos was a screenshot of… a woman’s breasts – and they definitely weren’t mine!”