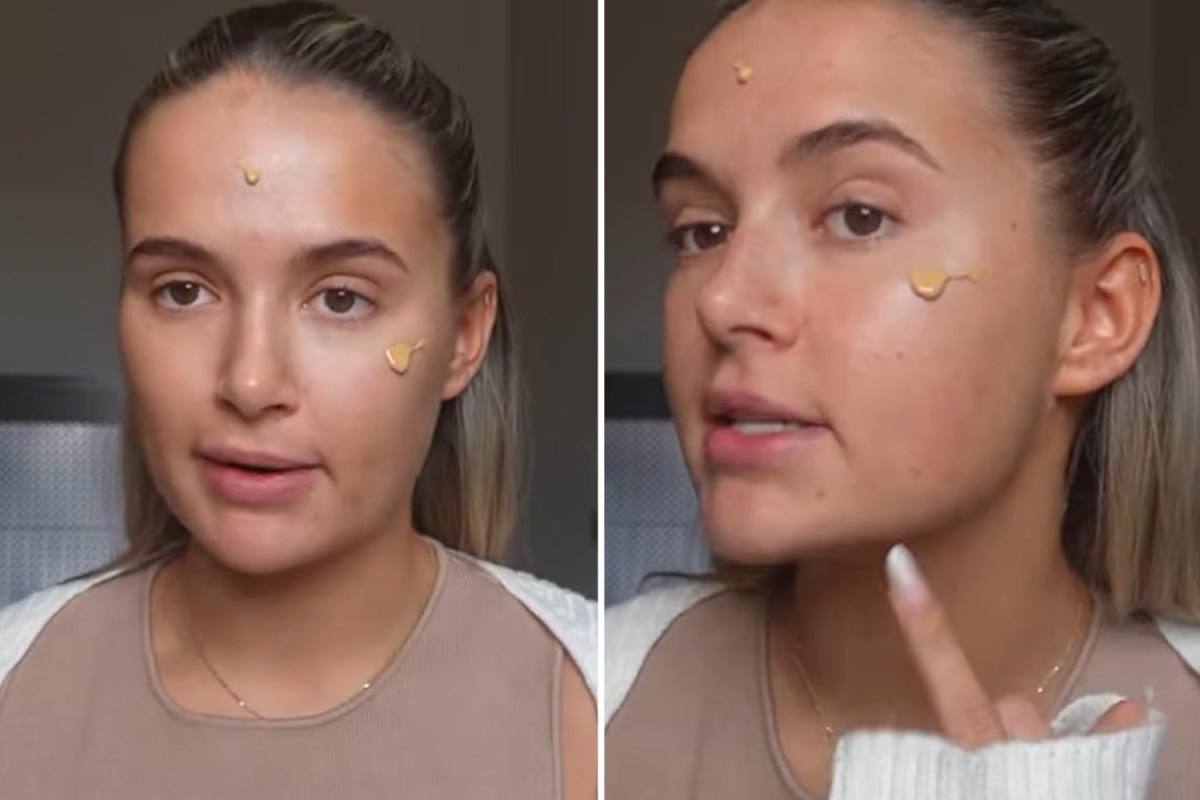 MOLLY-MAE Hague has criticized the cosmetic procedure that gave her a “thick beard”.

The 22-year-old reality TV star told her fans that she underwent a cosmetic procedure to get rid of “peach fuzz” but that it resulted in increased facial hair growth.

The YouTuber said she regrets getting the treatment after her hair started to grow back more “quickly”.

During a YouTube makeup tutorial, Molly-Mae revealed, “If you guys see that I have a little beard, we don’t talk about it.

“I need to talk to you guys about my struggles with dermaplaning – and I just wish I never had dermaplaning.

“Now I have an almost bushy beard.”

The TV star explained that the facial did not stop hair growth, but had the opposite effect.

“But basically, if you don’t know what dermaplaning is, is it a type of facial or you could do it yourself with a razor, but I had a facial where they remove the peach fuzz from your face to make your face as soft and tender as a baby’s,” she continued.

“Mostly with dermaplaning, I got into the habit of doing facial dermaplaning and now my peach fuzz is growing back quickly.

“That was supposed to prevent them from growing back and meant they would grow back less, but with any hair removal, like when you shave your legs, that means you have to start shaving them more often.

“It’s just one of those things when you start doing it, you can’t stop.

“So yes, you could say that I wish I had never started dermaplaning because I’m not the type of person to follow up with their beauty routines on a regular basis.”

It came after she showed off her huge “fake” smirk while showing fans behind the scenes of her show PrettyLittleThing.

Molly-Mae joked that her enthusiastic expression wasn’t always “serious” as she showed off never-before-seen moments of her big event.

Molly showed off her wacky side in one shot on the train ahead of her first appearance as PLT’s creative director.

Under the photo, she wrote: “By the way, this smile that I make is not serious.”

In another candid shot, Molly held up a jumper with “Creative Director” written on the back, and she pointed again, “I promise to smile lightly.”

The former reality TV star, who was named creative director of the fast fashion site in August at the age of just 22, was first accused of fake smile on Love Island back in 2019.

When Love Island host Caroline Flack announced that her rival Amber Gill had won the series, leaving Molly and Tommy Fury in second place, she was seen wearing a big smile that viewers claimed was hiding her secret rage.

On social media, one fan wrote: “Molly Mae should have won just for that fake smile.”

Another commented: “Molly is in shock. She has such a tight smile.”

Last week, the star presented her own PLT collection at London Fashion Week.

She is also about to launch the PTL Marketplace app, which will allow fashion lovers to trade clothes with each other.

Molly had already established herself as an influencer even before appearing on Love Island in 2018.

She confessed to the new! magazine that she “doesn’t miss her old life”, adding that she has “a million and one things to do every day”.

Molly described herself as “so happy,” adding, “This is the life I dreamed of.”