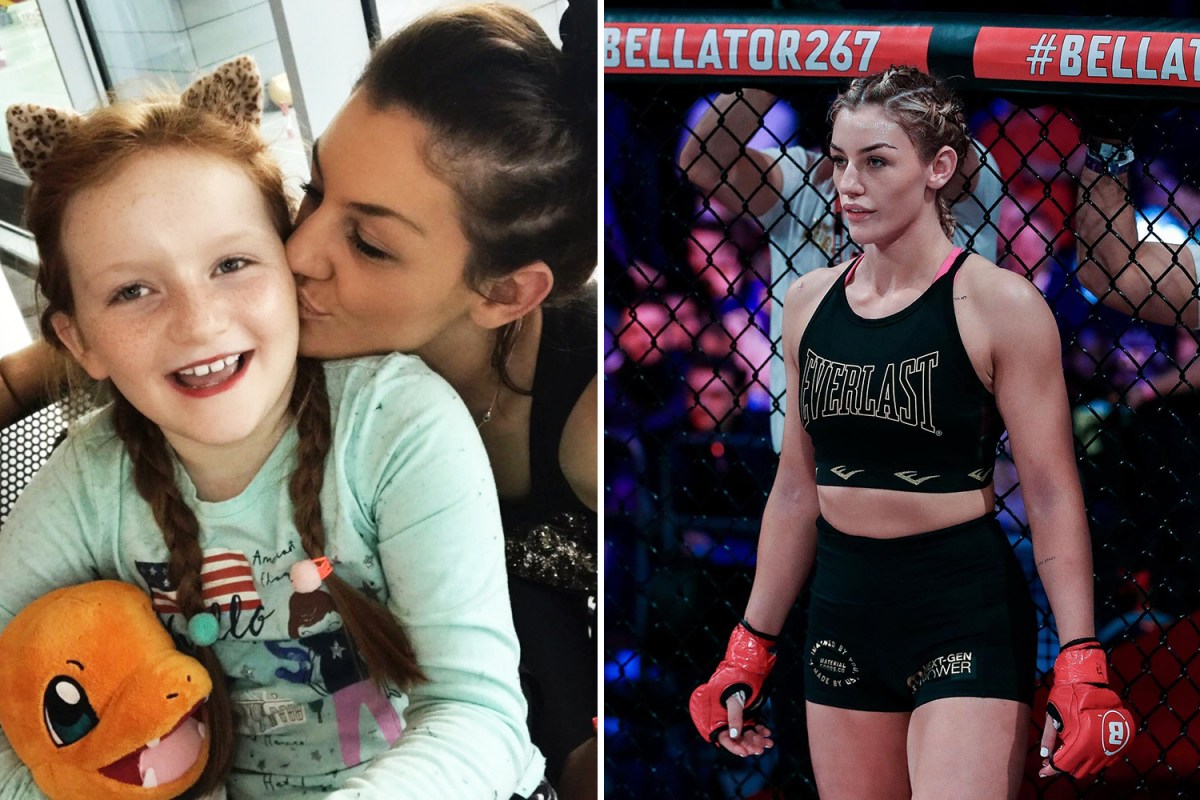 LIA McCOURT has gone from being a single mother at the age of 18 to the Bellator main event to an incredible journey.

Tonight, the 29-year-old takes on Sinead Kavanagh in Ireland’s biggest women’s MMA fight at Bellator 275 at the 3Arena in Dublin.

The Northern Ireland star has already gotten a taste of big success since defeating Judith Ruiz in February 2020.

This was the first time a woman had headlined a Bellator Europe event.

She came one step closer to the world featherweight title by defeating Jenai Harding on US soil last May and then a unanimous decision victory over Jessica Borg at Wembley in October, extending her record to 6-1-0.

Now, many are predicting that today’s mother battle will finally secure a date with destiny against the champion.

The Belfast native McCourt has previously spoken of seeing herself as just “another working mom” and juggles her career while taking care of her daughter Isabella.

She previously told Ireland AM: “I get up at seven, usually run the treadmill in the kitchen. I am the queen of multitasking.

“Isabella is still in bed, we pick her up, drive her to school, drive to Dublin, have a two-hour session, drive back down the road, pick her up from school, drive her home, do her homework, have dinner and go out again. that night, so it’s pretty hectic, yeah, it’s a hectic schedule.

“I just feel like another working mom, there are so many full-time moms who have to juggle so much.”

McCourt, she continues, who thanked the various people who helped her get to where she is and says that if it wasn’t for them, she might still be “fighting for pennies and unemployment,” continued, “I broke out of bottom, life threw everything at me, but my determination never wavered.

In anticipation of Friday’s big fight, McCourt appeared on Born to fight BBC to give a glimpse of her busy life and ambition to become a champion.

She said: “My sisters and I grew up in a council house in Belfast. I was always going to be a fighter.

“I had Isabella when I was 18 and I was a single parent. How hard it was, with three jobs and training, I kind of worked my way up.”

McCourt added: “My dream is to be the Bellator World Champion. When I say that I know that I am going to do something, then I know that I will do it.

“Growing up in Belfast inspired me to do this. I didn’t really have a path that I could follow. I had to make the right training decisions and choices and it worked for me.”

Watch Leah McCourt vs. Sinead Kavanagh on Friday 25 February at 21:00 GMT on BBC Three, BBC iPlayer and on the BBC Sport website and app.