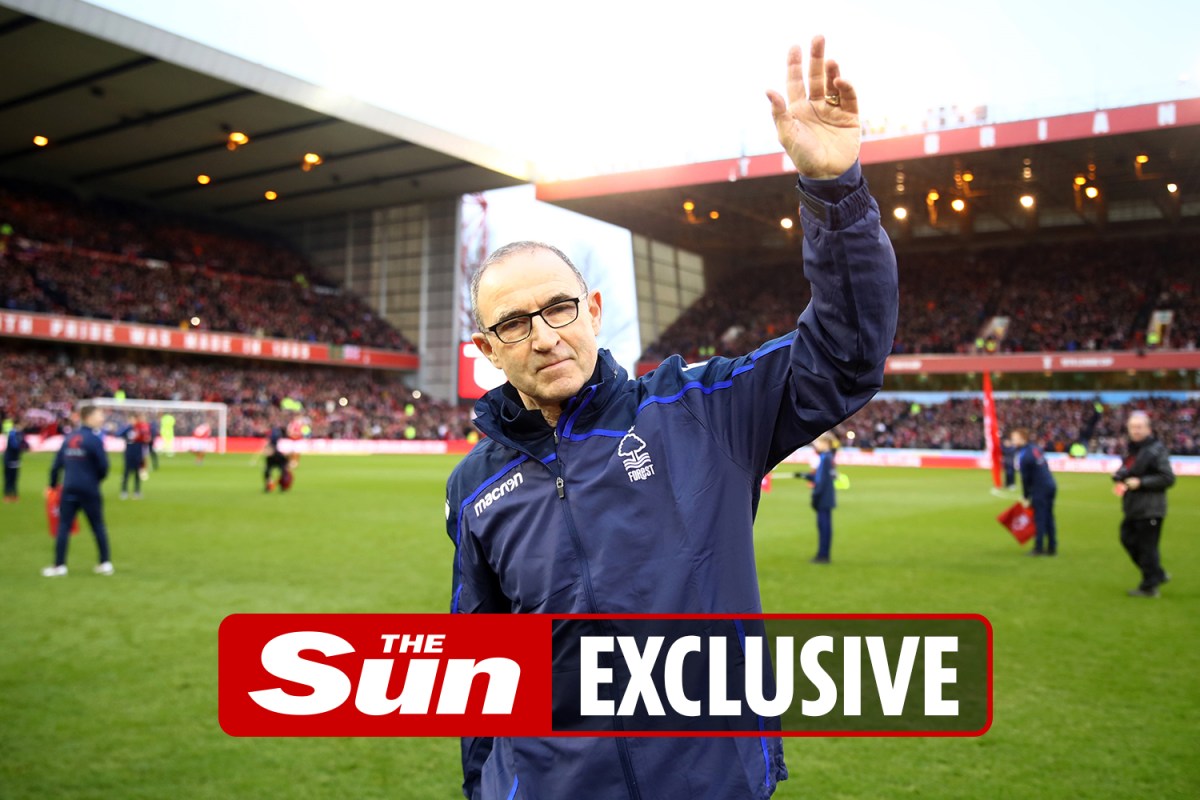 MARTIN O’NEAL has yet to commit to lead Celtic in the relaunched Masters Football tournament this summer.

However, with the fire blazing just as hot a week before his 70th birthday, a real return to the dugout is, of course, out of the question.

Away from working on the front lines since Nottingham Forest sacked the club legend in June 2019, overseas TV work has helped fill the void.

But ask O’Neill, who won the European Cup twice under Brian Clough, if he overlooks what the manager does, the answer is simple: “Football is in my blood.

“I watch a lot of matches and keep in touch through my TV work.

“Not just the Premier League, but the Bundesliga in Germany and the Eredivisie in the Netherlands.

“I keep in touch and am now well equipped knowing these different leagues. And if an opportunity arises that I consider appropriate, I will seriously consider it.”

O’Neill admits that applying for jobs left, right and center “is not the way to go” for a manager trying to come back.

But don’t let that fool you into thinking he’s given up.

A small Covid affair makes it seem like a lifetime ago, the former boss of Leicester, Celtic, Aston Villa, Sunderland and Ireland last roamed the touchline.

More than two and a half years have passed since he and his assistant Roy Keane, who left the City Ground a few days earlier, left the Forest. Just a few months later, the enthusiastic Northern Irishman was ready for a new start – his first outside the UK or Ireland.

But he said: “Covid has hurt many and everyone – it has taken a couple of years of life from people.

“I had the opportunity to work overseas four or five months after Forest, a really interesting challenge, but Covid has just started.

“I probably would have taken it, but everything was up in the air, so it wasn’t the right time, unfortunately.”

O’Neal was part of the team that brought back the legendary Masters Football after an 11-year absence.

The all-star six-player tournament ran from 2000 to 2011 and gained a huge cult following before disappearing.

But this July, Manchester United, Liverpool, Rangers and Celtic will face off in a four-way battle in Glasgow before a full-on series starts next summer with teams from across the country.

And O’Neill said, “At the time, I really liked it. First, you wanted to see old stars play. Second, I just wanted to see what they look like now.

“The very fact that these retired players were slower and fatter but could still play the game, that their touch was still there, shows that you never lose it.

“I was asked to lead the Celtic team, but I’m still not sure.

“However, it’s great to have him back on our screens and I also can’t wait to be back in Glasgow again.

“You just don’t have a bigger rivalry than between Celtic and Rangers, Manchester United and Liverpool.

Paul Scholes is expected to play for the Red Devils. And you could imagine that Roy Keane could be free now, turning down the chance to return to Sunderland as manager earlier this month.

O’Neill added: “It’s a shame for Roy and Sunderland, they would have matched.

“He used to manage clubs successfully and from a distance I thought it was the right thing at the right time.

“I haven’t talked to him yet, so I don’t know the circumstances. But there is definitely an element of disappointment.

One boss at work that O’Neal now has a liking for is Leicester’s Brendan Rodgers, who faces a battle to keep his job less than ten months after winning the FA Cup.

O’Neal led the Foxes from 1995 to 2000, making him the longest-serving manager since Jimmy Bloomfield in the 1970s.

And he said, “I really don’t want to be an apologist for Brendan.

“But since they won the Premier League in 2016, expectations have been exceeded. Everything is judged by the fact that they are now winning the league. It’s a pretty tough situation, but they’ve lost a lot of players. He did very well there.

“I know it was a shame to miss the Champions League at the very end of the last two seasons, but he won the FA Cup.

“These things can happen. And these days, when you lose three or four matches, no matter who you are, people want to cast a shadow on you.”

So why, given everything he’s already accomplished in the game, does O’Neal want to return to that cutthroat environment?

He said: “There is no such thing as a perfect job – never has been and never will be.

“But like I said, football is still in my blood, so let’s see what happens next.”