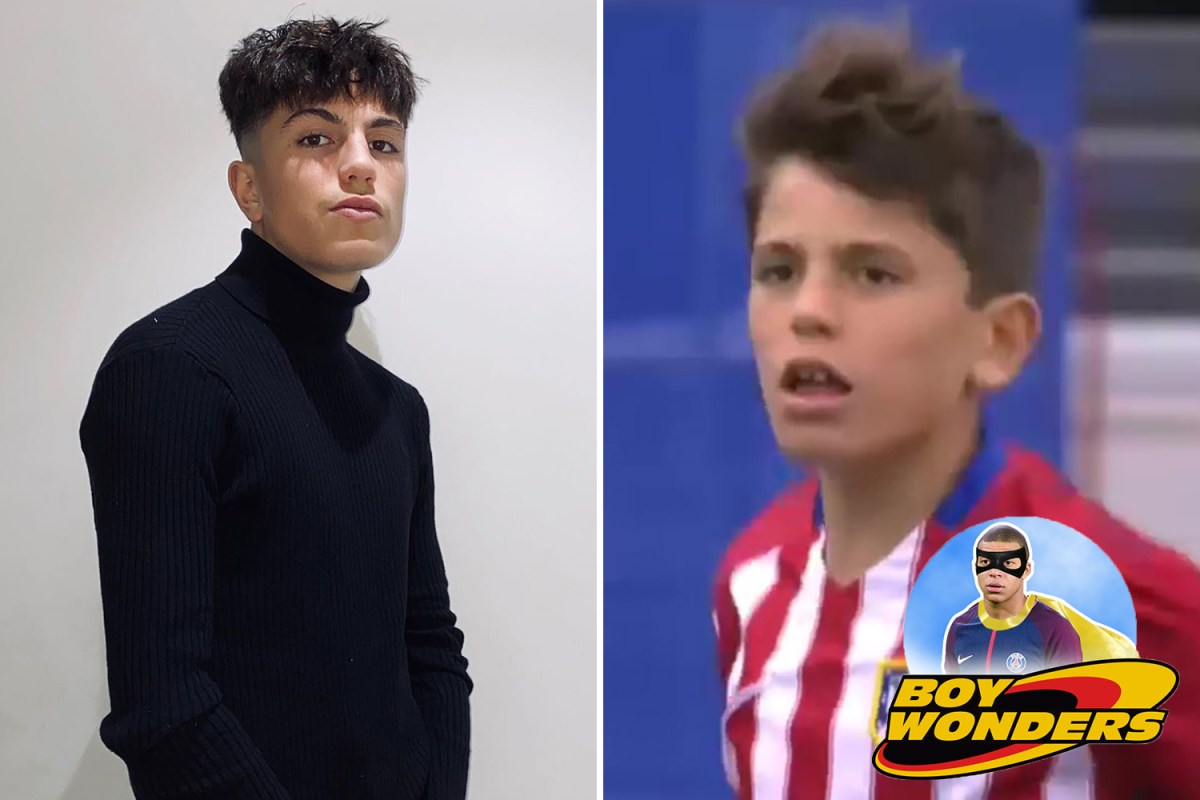 The fast left winger, 17, was unexpectedly called up to Lionel Scaloni’s 44-man team ahead of World Cup qualifiers against Venezuela and Ecuador.

This means that, although he has not appeared in the first team, he will be training alongside legend Lionel Messi.

In this campaign, the prodigy played a major role in United’s under-18 youth team, scoring four goals in the FA Youth Cup.

In one of those shots, the talent ran from his own half down the left flank to score Everton with an amazing solo goal.

The swift-footed striker became the third La Liga star to join the club in 2020, signing with Atlético Madrid following the arrival of Barcelona’s Marc Jurado and Real Madrid’s Alvaro Fernandez.

Garnacho has been called the “jewel” of Atlético’s academy and works hard to emulate his idol as he grows up.

He is obsessed with Cristiano Ronaldo and even wore the same jersey number – number 7 – as his idol, although he had to accept number 11 in the Red Devils.

However, that didn’t stop him from celebrating that goal against Everton with the famous CR7 song “SIUUU!” roar.

The Red Devils are said to have battled Real Madrid and Borussia Dortmund for Garnacho’s signature.

Described as a “goal-scoring machine”, the Madrid teenager was highly regarded by Atlético Madrid, who were devastated by his departure.

He joined the club in 2015, impressing everyone with his killer instinct in front of the net.

In 2016, with Atlético Infantil B, he became Spain’s top scorer, destroying opposition defenses with his natural ability to find the back of the goal.

Blessed with impeccable technique, Garnacho boasts qualities such as precise control of the ball, making it difficult for defenders to take the ball away from him.

In the penalty area, he is intuitive and clinical, preferring to shift the ball to his right foot before calmly potting the ball.

A real predator in front of the goal, Garnacho also knows how to find free space in the penalty area and is an instinctive poacher.

It is said that the move to Old Trafford was an easy decision for him because it allowed him to follow in the footsteps of his Portuguese hero.

Garnacho’s potential was ready for the top from a young age.

At the age of 15, he already enjoyed playing for the Atlético under-19 team.

In this campaign, he flourished at United’s academy, playing for both under-18 and under-23 teams.

In all competitions, Garnacho has scored 11 goals in 28 appearances as well as six assists.

And now, internationally recognized, he will no doubt soon be in the United first team.