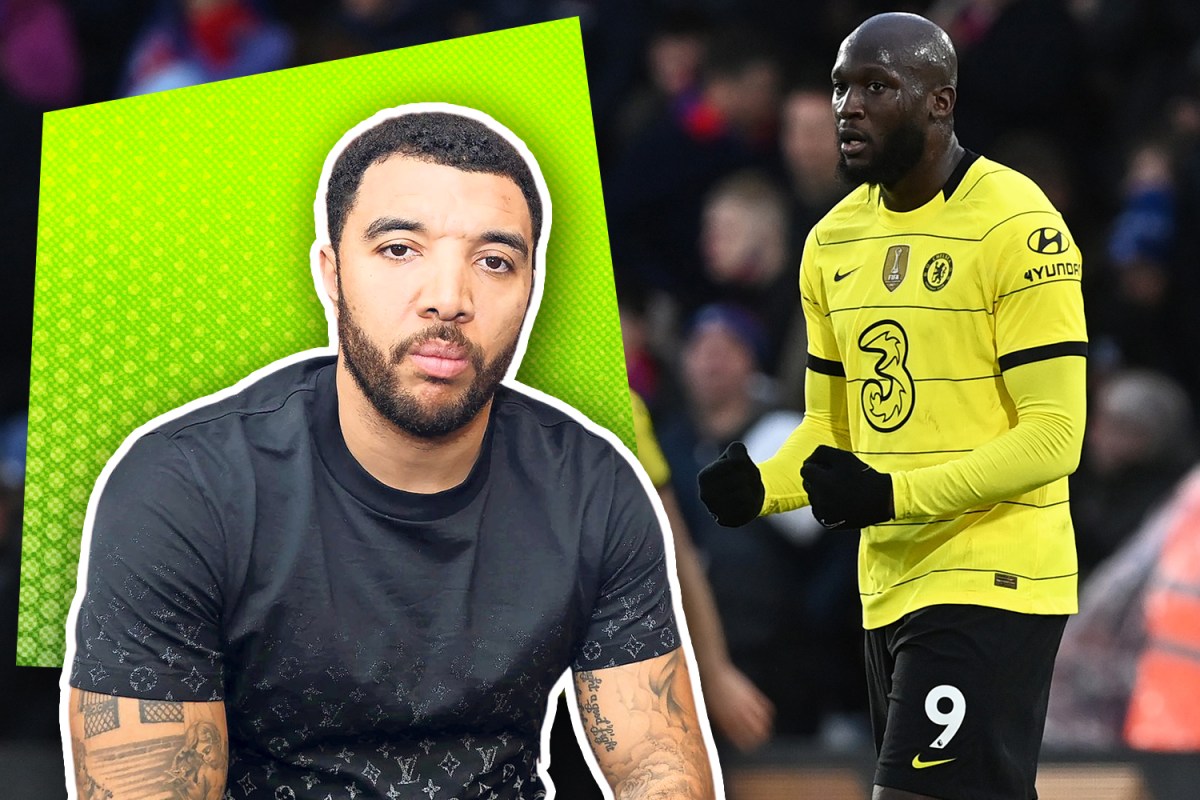 IF ROMELU LUKAKU doesn’t make it to the League Cup Final, it will be very devastating in the short term, no doubt about it.

He wants to act and doesn’t want to miss big scenes.

But I can say one thing: if he trains poorly, Thomas Tuchel will not play with him.

Managers are a stubborn bunch – either their way or the road.

We do not know what the mood is between them, whether there is a problem or whether it has been resolved.

I’d like to think that Rom is a big boy and realizes that he hasn’t done his job and needs to step up. He knows he has to do more.

His seven touches against Crystal Palace were widely reported and he knows the fall was a kick in the ass. Maybe that will rekindle his fire.

He will have to revive. Chelsea paid almost £100m for him, so he should do it.

SPECIAL BETS: GET CHELSEA OR LIVERPOOL WITH HUGE 30/1 TO WIN THE CARABO CUP FINAL

At this price, you will be looked after more than ever, so he will have to work hard, which he will.

Much has been made of that palace game, but it can happen to any striker.

They said the same thing about Harry Kane at the beginning of the season.

Kane had several touches per game and they questioned his professionalism. But at the same time, reading is not good. We live in a world of statistics, don’t we?

Everyone will be able to see it. Seven touches in the game? Is one of them starting? This is not good.

Lukaku knows he needs to be more assertive. Look at his size, his physique, his abilities. There are times when he asks for the ball and just runs past people.

I remember watching him against Arsenal at the start of the season and he crushed them. He has to do two four, five, six teams a year.

We don’t know if Lukaku is really Tuchel’s player. Timo Werner was supposed to be, but he doesn’t come out either.

But I prefer to focus on the fact that after that, as a player, when this happens, he will practice and ask for the ball, wanting to show everyone what he is capable of.

Wanting to earn respect not for what he did in the past, but for what he is doing now, because at the moment Tuchel simply does not see it.

It was a good signing for Chelsea, but I don’t think it was a perfect fit when you look at Lukaku’s playing style compared to Tuchel’s, which is a true build from the defensive style.

Then Rom has to tie the ball, which, I would say, is not his best quality, but he makes runs from behind, which are now ignored.

You have two tens who want the ball to be created with short passes.

The biggest problem for me is the defenders. Reece James and Ben Chilwell had a good ball but they were injured.

Just look at the Club World Cup. Lukaku scored with a header because the cross went into the box.

We don’t know if Lukaku is really Tuchel’s player. Timo Werner was supposed to be a striker of sorts too, but he’s not starting either.

It’s about fitting into the mold of what Chelsea need right now.

When I worked with Lukaku at the beginning of the season, I never heard: “Oh, this Lukaku purchase was dubious.”

In my opinion, Lukaku will have to make sacrifices because in his current form he can’t start asking Tuchel for compromises in his style. Start scoring and that will change.

So now it’s up to Chelsea and Tuchel. They are not going to sell it for the same price they bought it for.

If it becomes worth it again, they still won’t want to sell it. Everything should work out, because he is too good a player not to do it.

And when he returns to the team and scores, I feel sorry for the team he is against.