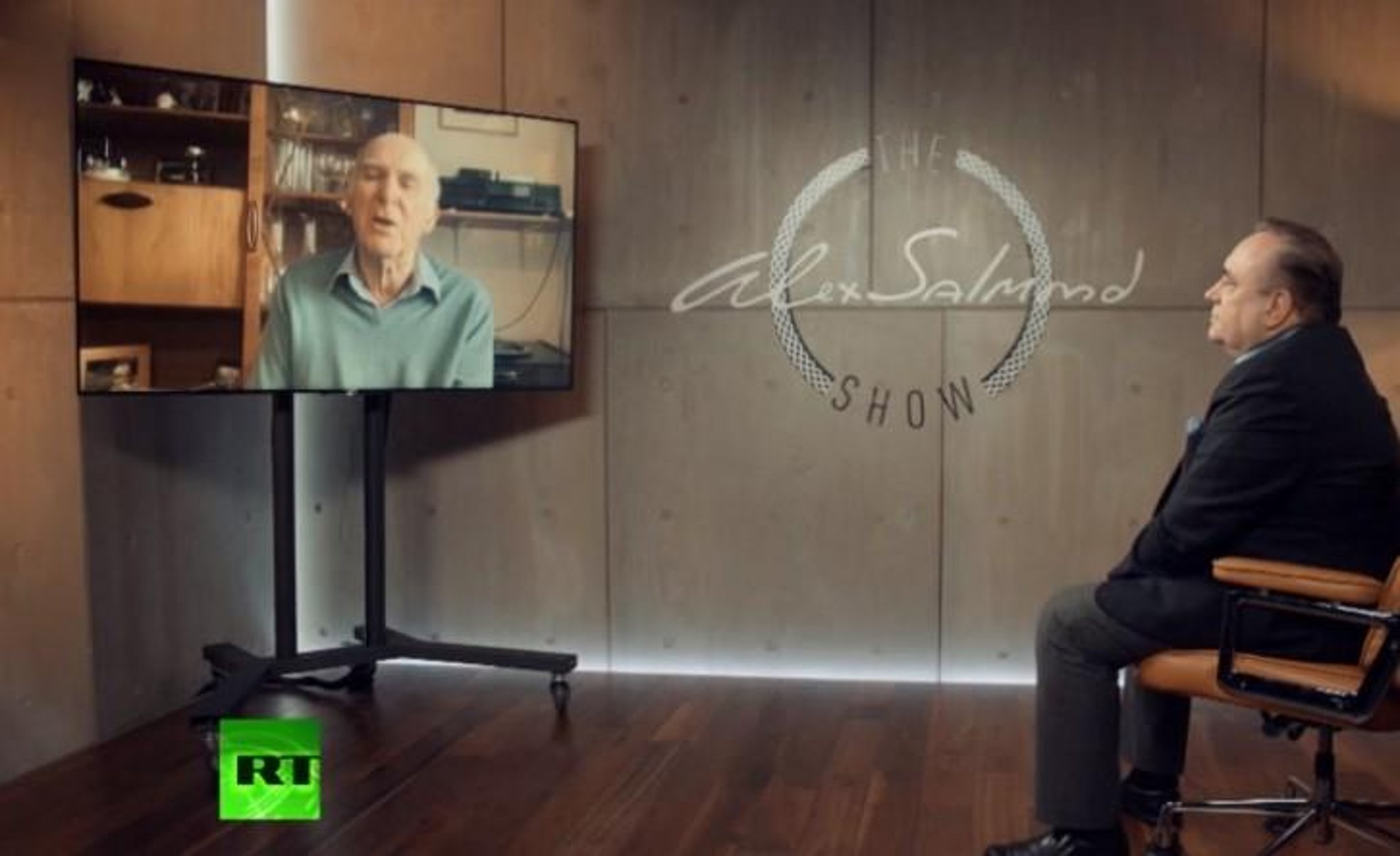 Sir Vince, who was business secretary in the Cameron-Clegg coalition government and led the Liberal Democrats between 2017 and 2019, appeared on the Alex Salmond show on Thursday.

The show was pulled from RT’s main schedule, formerly Russia Today, but is available in its entirety on the site.

He said: “Vince Cable is a private individual and is no longer a Liberal Democrat MP, but his appearance on the Salmond RT show this morning was completely wrong. The same applies to Salmond’s ongoing association with this hostile force agent.

Mr. Cole-Hamilton had earlier urged Mr. Salmond to stop being one of Putin’s so-called “useful idiots”.

He said: “It’s completely messy that a former first minister and current leader of the party is hosting a show on RT, a network that exists to repeat Putin’s lines.

“Alex Salmond is not only a disgrace to the high office he once held, but all of Scotland. All party leaders should join me in making it clear that our parliamentarians will not give legitimacy to this propaganda broadcaster.”

He added that the Alba party “seems to be more concerned with the interests of the Russian military machine than the people of Ukraine.”

The Privy Council is the official group that advises the Queen, although its members number in the hundreds and most members do not attend meetings.

During the show, while discussing possible Liberal Democrat-Labor cooperation in the next general election, Mr Cable said: “A lot of things could happen, like a war in Ukraine.”

The reference to the war was not followed up by Salmond, instead focusing on the politician’s famous “Mr. Bean” joke in the House of Commons addressed to Gordon Brown.

The former first minister has been broadcasting on RT since 2017 and has faced repeated calls to leave the Russian state-controlled media platform.

Nicola Sturgeon said she was “appalled” yesterday that her former mentor was continuing with the channel, adding that she had previously warned against the move.

She said, “I don’t think it’s any secret now that I didn’t think he should ever have a TV show on RT.

He said: “Alex Salmond’s continued involvement with Putin’s RT propaganda department is utterly disgraceful. He would go out of his way to dishonor his reputation more than he does now, but as a former First Minister this is doing real damage to the reputation of Scotland as well.

“If he and another Kremlin-helpful idiot, George Galloway, still had a modicum of integrity, they would shut down this channel immediately. The fact that neither of them wants this speaks volumes.”