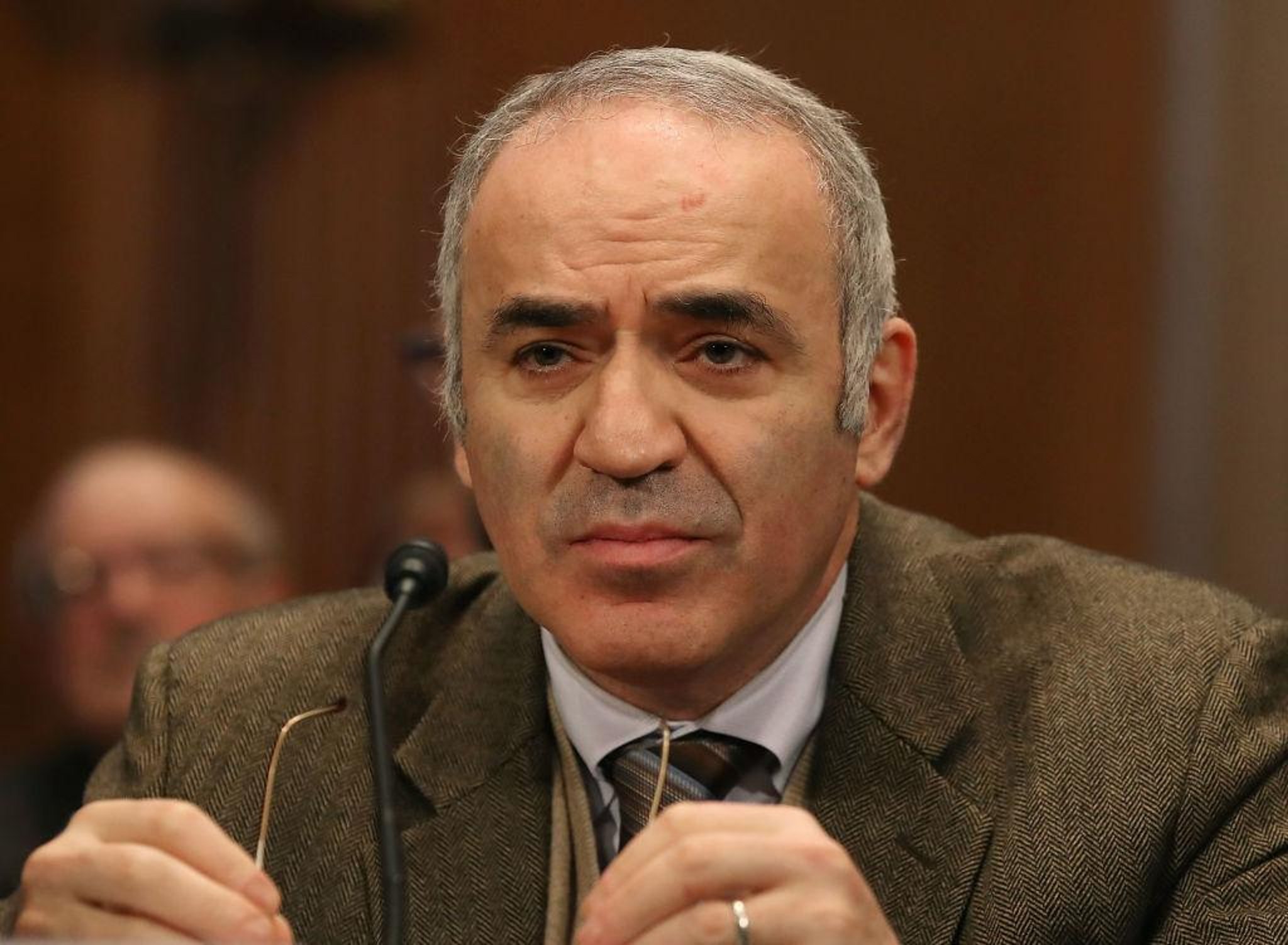 There was so much talk about “supporting Ukraine”, but there were no military actions to confirm these beautiful words. The West simply stands by, wringing its hands, while Putin’s forces smash Ukraine and massacre its people.

But it’s not too late to do the right thing. The whole world saw how brutal and barbaric Putin’s attack was. Brave journalists have remained in the very cities that the Russians are shelling and bombing to show the outside world how brutal and ruthless this invasion was. Thousands of Ukrainians are killed, millions are fleeing. Those who remain are forced to submit by starvation.

It is clear that Putin intends to subjugate Ukraine and cut his way to victory. He needs to be stopped. His killing attack should not succeed. An overwhelming majority of UN members condemned the invasion. Now the West must do its duty to its neighbor and launch a counterattack that will crush Putin’s tanks and drive his troops back into Russia.

If anything, recent polls clearly show that Nicola Sturgeon and her nationalists are completely at odds when it comes to representing the views of the majority of Scots. The crisis in Ukraine has made clear how Vladimir Putin’s Russia views weakness.

The unprovoked attack on Ukraine has a number of reasons. First, Putin considers Ukraine to be Russian property because it was an integral part of the USSR, and he wants the Soviet empire back. Secondly, he wants to control Ukraine’s vast natural resources, from minerals to a large share of the world’s grain production, and thirdly, he wants to use control of this vast country to threaten and destabilize NATO.

Its desire to be the dominant power in Europe requires its navy to control the sea lanes in the North Atlantic, which are currently under British and NATO auspices and protected by our nuclear deterrent. The SNP’s efforts to break up the UK and get rid of our deterrent is exactly what it wants. This realization, and the uncoordinated approach to the Russian threat amply demonstrated by the EU, has forced various countries to act on their own, such as Poland seeking to double its defense spending and Germany embarking on a huge expansion of its own. This underscores the vital importance of Scotland being part of the United Kingdom.

Now people in Scotland understand how dangerous it is to depend on unreliable green renewable energy sources and that we must use our natural resources such as North Sea oil and gas to provide us with assured energy. It also shows us how great a danger Scottish independence would be.

Martin McLaughlin (Perspektiva, March 23) discusses the prospect of Vladimir Putin being brought before the International Criminal Court (ICC) for his actions in Ukraine. He cites US President Joe Biden’s characterization of Putin as a “war criminal”. I really hope that sometime in the future, Putin’s trial will actually take place. However, Biden’s comment smacks of hypocrisy because the United States has never recognized the ICC and denies the ICC’s right to take action against US citizens or its ally Israel. Indeed, President Trump has instituted a program of sanctions against the ICC for having the temerity to launch an investigation into Israeli war crimes. To his credit, Biden began to take them apart. But it would be a great opportunity for President Biden to show that he means what he says if he agreed to join the ICC and recognize its jurisdiction over all states without exception.

Contrary to an article by James Sylvie (The fight to protect the legendary mountain hare continues, Friends of the Scot, March 22), Scotland is fortunate to have a thriving population of mountain hare in areas of managed grouse marshes.

The most recent and authoritative study found that hare densities were 35 times higher in driven grouse marshes compared to unmanaged moorlands. The same study estimates the Scottish population at around 135,000, most of whom live in grouse bogs at levels higher than anywhere else in Europe.

When the conservation status of mountain hares was determined to be “unfavourable”, it was done largely out of precautionary measures, as reliable species data were not available, in no small part because of the difficulty of counting the elusive creatures. However, a new methodology developed by NatureScot, the James Hutton Institute and the Wildlife Conservation Trust has revolutionized grouse counting.

We understand that the licenses recently issued to cull hares are primarily intended to protect new forest areas, where hares can cause significant damage to newly planted trees if control measures are not taken.

What is of greatest concern are areas where mountain jackrabbits should be present in high numbers, but are not due to habitat loss and lack of predator control. We need organizations, including the RSPB, to also provide more accurate data on what is happening on their own land, such as in Abernathy, so that we can work together to ensure that the mountain hare’s range is no longer declining.

Lack of proper leadership in the things that really matter, or selfish, purposeful, opinionated leadership? Has the infection passed from the minority Scottish government to some members of the Scottish rugby and coaching team? Right now, some players and coaches are spinning more than passes and kicks to the detriment of the credibility of the organization. I definitely believe that if Jim Telfer or Vern Kotter were still involved in the recent events, the villains would be subjected to swift and just punishment regardless of the consequences.

The adventures of the Scotland rugby team are a microcosm of the Scottish political scene, especially the independence controversy. Each year brings a new false dawn, creating unrealistic expectations and collecting variations on the same old story and disappointment.

At the very least, a rugby team can achieve a one-time victory. The Scottish Rugby World Rankings are a true story. This does not mean that we are second rate, the team can put on a brilliant performance that we are proud of, but let’s stand firmly on the ground in rugby and politics.

Let’s hope we never reach the day when the current political forces in Scotland try to tweak rugby match reports to make them more readable. Will there come a day when freedom of information requests from opposition parties will include rugby results with the usual now-delayed responses, redacted or otherwise?

Dr. Andy Bannister of Solas (Friends of the Scot, March 22) believes that true happiness is found only in Jesus! Never have I been so happy as when I renounced Christianity; Christians carry the burden of unspecified sin and worry about its consequences here and in a supposed afterlife. The obligations of forgiveness and prayer were also a burden. In addition, Dr. Bannister states that Jesus called himself “God himself.” Can he quote a verse that justifies this? It is recorded that Jesus made it clear that he was not God (Mark 10:18). Indeed, since he considered himself the expected Messiah, he could not be God. The Messiah was believed to be a man acting as God’s vicar on Earth. It was the Early Church that transformed Jesus into a divine universal savior god. This is fully explained in my book The Rise and Fall of Jesus.

Isn’t it strange that Nicola Sturgeon didn’t take the time to explain why Scotland has the highest number of Covid cases in the UK despite more restrictions? I think I remember many times when she boasted that things were better in Scotland than in other countries. Maybe all her time is taken up by the Scottish Audit Office report on the Ferguson Marine?

The Auditor General’s report on the Ferguson Marine saga confirms the Scottish government committee’s verdict of a “catastrophic failure”. Undoubtedly, the most revealing revelation is that the SNP ministers went ahead against expert advice.

You wonder if the contract award was more than just stupidity. Ferguson Marine stated in 2015 that it “cannot provide a full Builder Refund Guarantee”. It was a “mandatory requirement of the contract”! Was there a violation of any requirements of the law, as well as commercial common sense? From that moment on, responsible ministers continued to dig deeper, trying to get out of the hole into which they had driven themselves. Of course, if any of them are still here, they will be heard. Treasury Secretary Kate Forbes’s attempt to defend the SNP is laughable. According to her, their actions have saved 300 jobs. Considering that the cost of “saving two life ships” could exceed £300m, that comes out to £1m per job.