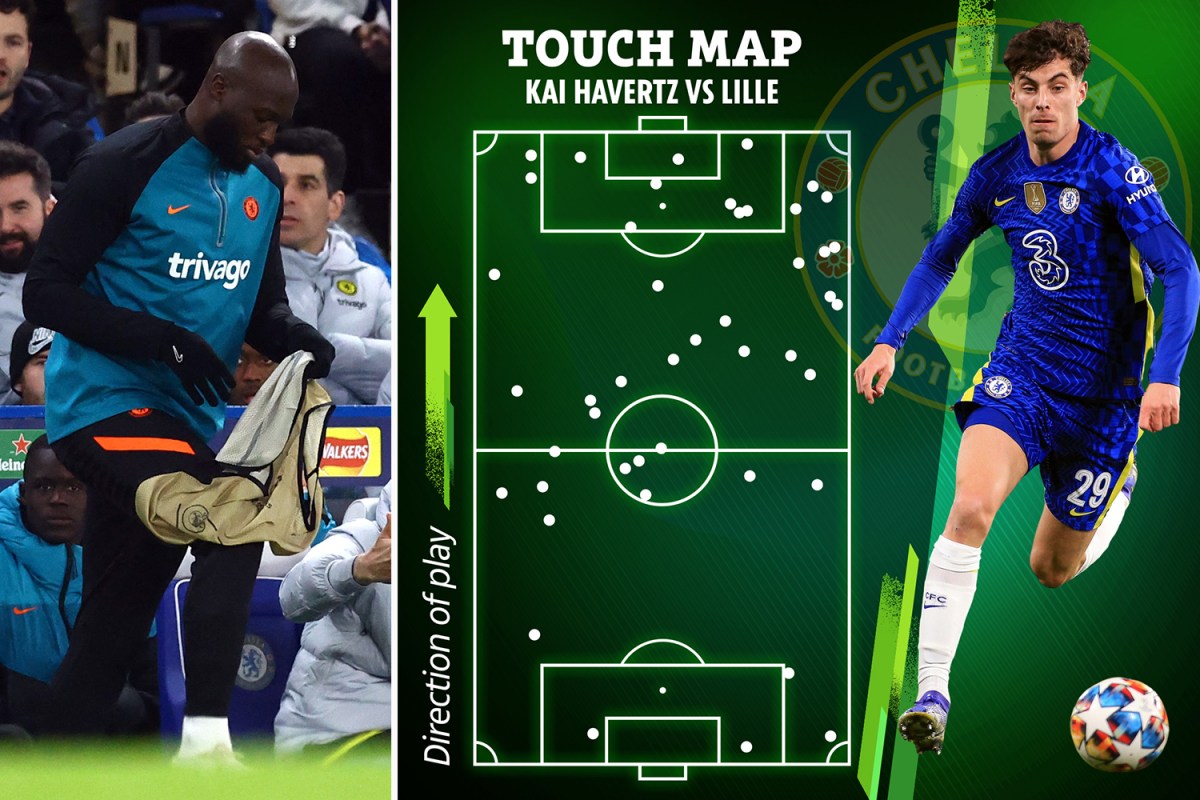 Lately it was NO secret that Chelsea did not look good enough in attack and often did not finish the team, which usually ended in either a draw in the match or a margin of victory.

Tonight, in the Champions League against Lille, things were different and a lot of that was due to Kai Havertz taking charge and becoming the talisman that Chelsea needed.

Alongside him, Christian Pulisic also put on a fine performance and suddenly Chelsea’s attack was smooth and menacing again.

Romelu Lukaku was dropped this evening by Thomas Tuchel, who said the striker looked tired and needed a break from the start after his seven-touch cameo in a 1-0 win over Crystal Palace last weekend.

But in his absence, Havertz was great and really looked the part.

The German made 46 touches against the French team and scored with the fifth touch.

He wanted to be involved in everything on the pitch and have as much possession of the ball as possible, whether in the last third, deep or wide, his movement and handling of the ball was a constant threat to Lille. .

This is something that Chelsea fans have long been calling for, the team’s inability to do their job and score a second goal.

But against Lille it was a different feel and attack, they looked like they were scoring every time they went forward, which is a rarity these days.

The Chelsea players together played with confidence and without fear, and they were very direct every time they took the ball in their hands.

It was like that today from defense to attack and the two midfielders were much more dynamic this evening with N’Golo Kante being the driving force that helped create the second goal.

But they all looked hungry tonight and as if they had something to prove, which was very nice to see.

Thomas Tuchel will be very happy this evening as he has been very protective of his players lately and knows exactly what they are capable of.

Now Havertz will count on maintaining his position, and he deserves it.

Whether it will be with Lukaku or instead of moving forward, it will be a difficult decision for Tuchel.

Whatever he decides will give Chelsea a huge and much-needed boost of confidence ahead of yet another cup final at the weekend.