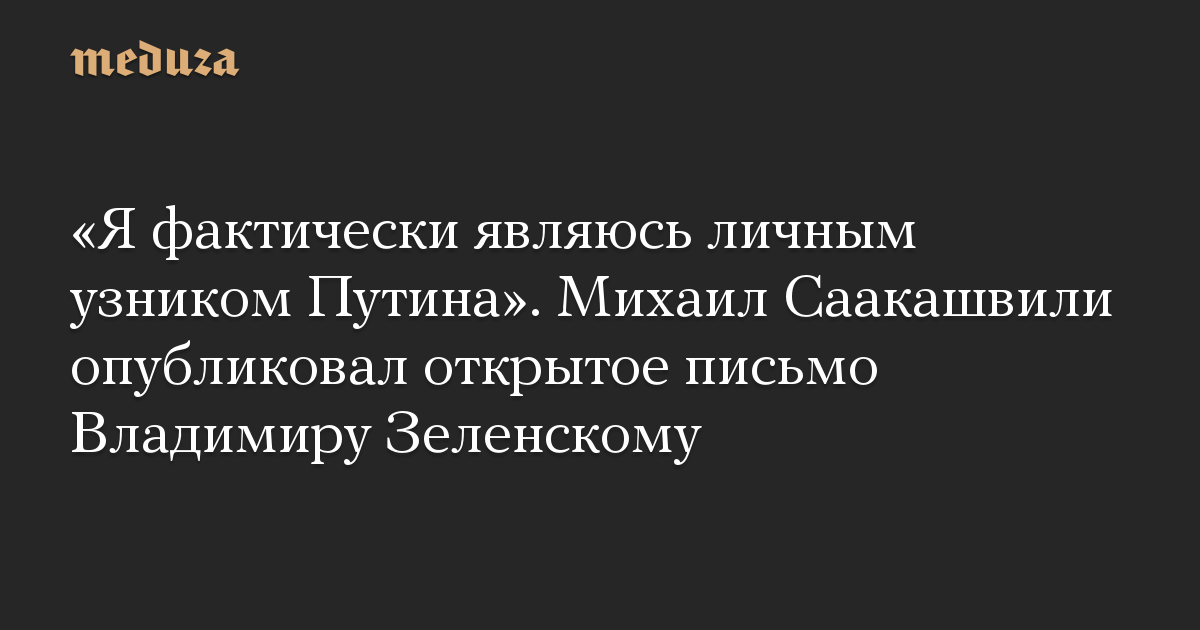 Mikhail Saakashvili, detained in Georgia, published an appeal to Ukrainian President Volodymyr Zelensky. In an open letter posted on Facebook, he thanked Zelensky, who had earlier announced that he would demand Saakashvili’s release.

Tired of worrying about Russian elections? Read about Germany, where everything is really unexpected – it’s too early to say goodbye to Merkel.

“No special permission has been sought for this club.” Police disrupted Vasya Oblomov’s concert in St. Petersburg.