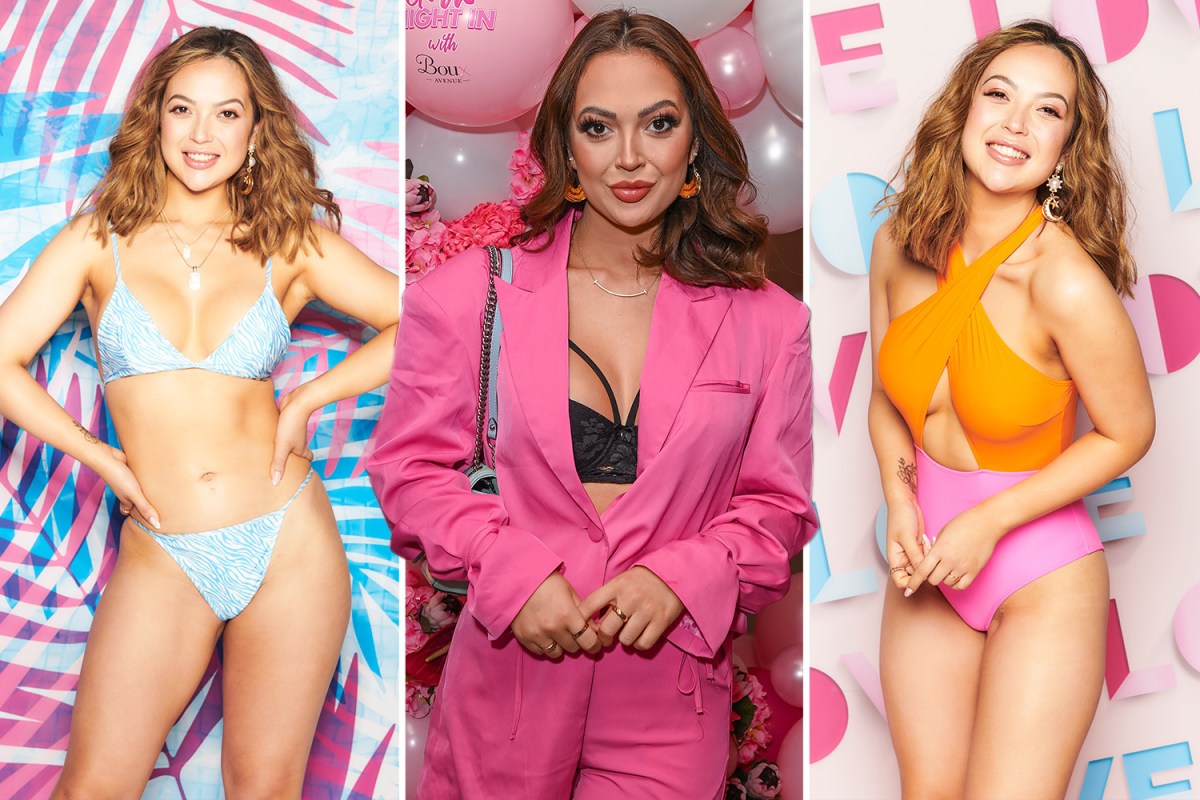 SHARON GAFKA’s life changed forever when she went out to dinner with a group of girlfriends to mark the end of quarantine.

A resident of the Love Islands was taken to the hospital after her drink was spiked and she passed out in the restroom of a restaurant.

At first she was afraid that she would be judged if she spoke.

But she was so overwhelmed by her ordeal and the stories of other young women who had been injected that she now threw herself into a campaign to change the law.

Sharon, 26, says: “I was so ashamed of what happened to me that I never intended to talk about it. So many victims of shame and I didn’t want other people to judge me.

“But now I have this platform, where about 90 percent of my followers are young women, and last year there were stories about injection outbreaks.

“I thought that if I could streamline the exchange of our stories, more women might feel entitled to come forward and then we could really challenge the criminals.”

Her ordeal came in July 2020 – she only drank a few glasses of wine and was “completely sober”, but friends became worried when she didn’t come back from the closet.

She says: “The last thing I remember is that I had a glass in my hand, and after that I don’t remember anything at all.

“I went to the bathroom but didn’t come back, so two of my friends went looking for me. The cabin was locked, they couldn’t get an answer, and then they started to panic.”

Sharon’s friends called an ambulance, but when two paramedics arrived, they said that Sharon had drunk too much and advised the friends to take her home.

Only thanks to the insistence of friends, Sharon was taken to the hospital, where she woke up under a drip and did not remember what happened.

I was so ashamed of what happened to me that I never intended to talk about it. So many victims of shame and I didn’t want other people to judge me.

She says: “The same evening I was discharged, I went home, and that was it. That night one of my friends stayed overnight because I was very worried and did not want to be alone. I really wasn’t myself.”

The next day they pieced together what had happened.

Sharon says: “I realized that I was shot because it didn’t look like a hangover. I was hyper-anxious and did not suffer from anxiety. Like I was having a heart attack.

“I really couldn’t breathe and jumped on my own shadow. I also had a bump on my head where I fell.

“I didn’t leave the house for a week, didn’t want to see or talk to anyone. I didn’t feel safe, and that’s why I knew it wasn’t two glasses of wine – I know what I’m like the next morning, and it wasn’t even close.”

Sharon believes she was attacked by a stranger, but she has only vague memories.

She says: “I knew this guy was at our table and I thought I should have known better – I should have kept my drink by my side. I felt insulted, but also guilty.

“And that was part of my journey to get over this feeling that it was my fault.”

A few days later, Sharon called the hospital to try to ascertain what had happened to her during her stay in the emergency room, but they weren’t sympathetic to her.

She says: “I asked if they could tell me what happened and they refused.

I realized that I must have been poked because it didn’t look like a hangover. I was hyper-anxious and did not suffer from anxiety. Like I was having a heart attack.

“I was told that I should have gone to the police. But how could I go to the police? It was like I was being deceived as a stupid, irresponsible person.”

Sharon remained silent and covered up the trauma until last year, when, after reports of a spate of injections and through her work with the Young Women Foundation, she felt compelled to speak up.

As a first step towards a public inquiry into the spikes, the Home Affairs Select Committee issued a call for evidence, which Sharon shared on her social media platforms, collating and submitting some 1,500 responses.

She also met with her local MP, David Johnston, and is very clear on what needs to change.

She says: “We need to look at what we teach in schools. Consent is black and white, there is no middle ground.

“The only way to change the future is to talk to the youth now. We also need the police and the NHS to work together.

“There is no bridge between them when it comes to spikes.

“Even something as simple as a leaflet with some information would help me.

“Finally, the offense of administering spikes should be a separate piece of legislation.”

Four out of five injection victims are women, according to Stamp Out Spiking, and crime has increased by 108% since 2015. more, but what remains shockingly low is the level of conviction.

We need to look at what we teach in schools. Consent is black and white, there is no middle ground. The only way to change the future is to talk to the youth now. We also need the police and the NHS to work together.

“Home Secretary Priti Patel is considering changing the terminology to malicious drugging and also making it a separate crime, which would make a big difference.”

“Shame of the Whores”

Incredibly, Sharon has been vilified online for bringing this up. She says: “I get ‘shameful’ comments — people tell me I deserve it, I asked for it, it’s a publicity stunt. They call me a liar every day.

“I don’t get paid for this. This is my personal time and it’s an emotional trauma every time I have to relive what happened.

“All my life I’ve been told not to wear this or not to wear this to make sure I’m not alone, to share my location with friends if I go for a run, to always cover my drink. – and I just got tired of it.

“At what point do we stop asking how women can protect themselves? The responsibility to make us safer always rests with us, not with men. I know it’s not ‘all men’, but all men can contribute.”

As she thinks about what could have happened, Sharon begins to cry and believes that the man who hit her intended to sexually assault her.

She says: “Obviously he didn’t realize that my reaction would be what it was—instead of just lowering my inhibitions to make it easier to attack, it drove me into complete unconsciousness.

“I think about what could have happened if I didn’t have such wonderful friends who immediately knew that something was wrong.”

She says: “I really saw it – it’s definitely a long-term goal for me.

“I’m not much of a party politician, but the Women’s Equality Party follows me on Instagram and I would like to do something with them.

“I don’t want to be known only as Sharon from Love Island – I’m more than just a girl in a bikini.”