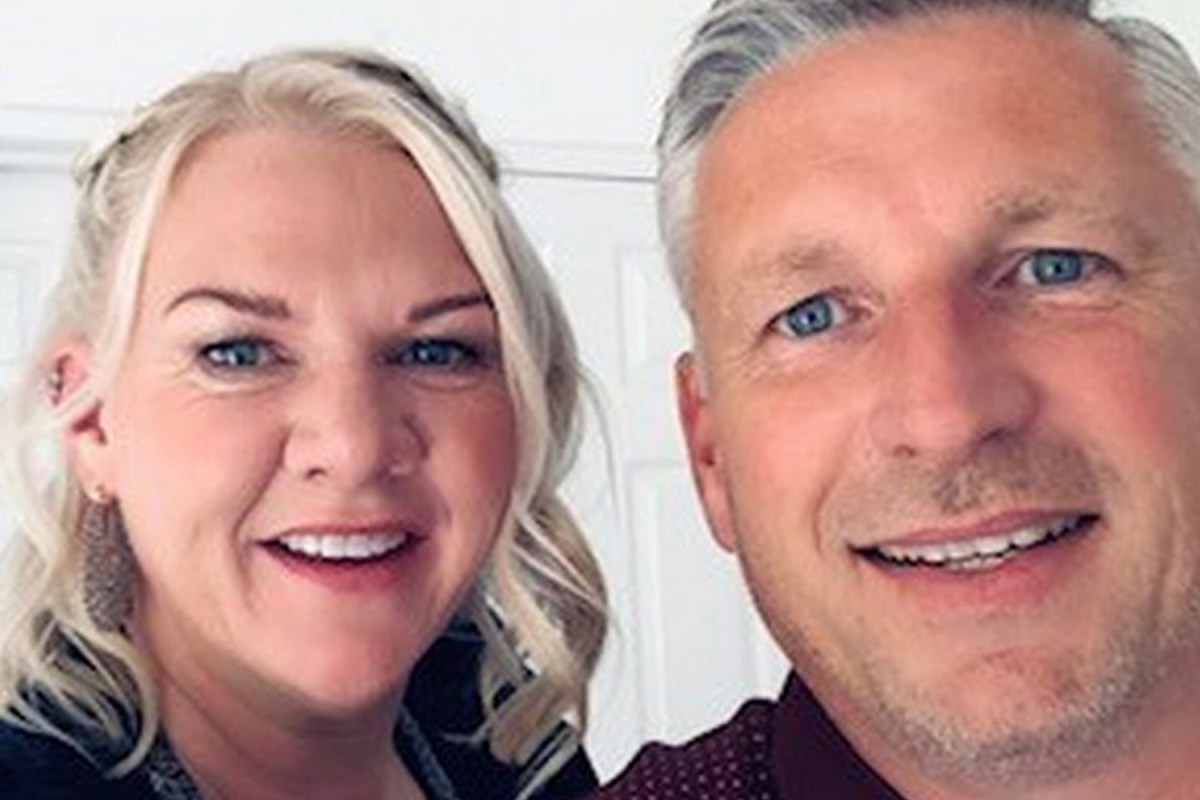 A dad who complained of a hangover despite not drinking alcohol was diagnosed with a “satsuma-sized” brain tumor.

Richard Walker said that the diagnosis he received on his birthday left him “sad, angry and disappointed”.

The intrepid father of two is now posting his “cancer journey” on Instagram to draw attention to brain tumors, which are reported to kill more children and adults under 40 than any other cancer. Birmingham Live.

Richard was diagnosed with a stage 4 glioblastoma multiforme (GBM) tumor on New Year’s Eve, the same day he turned 51 and celebrated his ninth wedding anniversary with wife Lucy, 44.

The businessman developed symptoms in September 2021 when he began experiencing severe pain in the back of his head that lasted several days and got worse over time.

“I woke up feeling like I was popular, which I really wasn’t,” said Richard, who manages Weldmax UK in Stourport-on-Severn, Worcestershire.

He said, “I could see red and green lights in the corner of my right eye and I remember a friend telling me about something similar that he experienced during a stroke and I thought it was happening to me.”

His symptoms became so severe that he once lost his peripheral vision while driving and had to stop and seek help.

He was able to call his wife Lucy, who then took him to the emergency room at Alexandra Hospital in Redditch, Worcestershire, where he was diagnosed with cancer.

Three CT scans and two MRIs later, as well as a transfer to the University Hospital of Coventry and Warwickshire (UHCW), revealed that Richard had a satsuma-sized tumor that had caught on his optic nerve “like a centipede”, rendering the tumor inoperable.

He completed six weeks of radiation therapy and is spending his remaining days raising funds for Hat Day and intends to raise £2,740 – the cost of a day of research at one of the charity’s centers of excellence.

Richard said the diagnosis was a major blow to his family.

“Together, Lucy and I have been telling the kids for a long time,” he said.

“Max is eight years old and his school has been very supportive of him.

“We bought him a book called Someone I Love Has Cancer and it was a great tool to help him understand what was happening to me.

“Evie is 16 years old, she wants to be a doctor, she has a caring personality and just wants to help me.

“I felt sad, angry and disappointed, especially since I can no longer drive. Reading the statistics on brain tumors is the fuel for my fight.”

He added, “I feel so happy when I wake up in the morning.

“I decided to document my brain tumor journey on Instagram to offload my thoughts and let people see it for themselves.

“A lot of people ask how I am and this was an easy way to answer.”

Wear A Hat Date turns 13 and has raised over £2 million to date for brain tumor research.

Richard’s sister-in-law raising money that will go to research into treatments for brain tumors and has so far raised nearly £2,000.