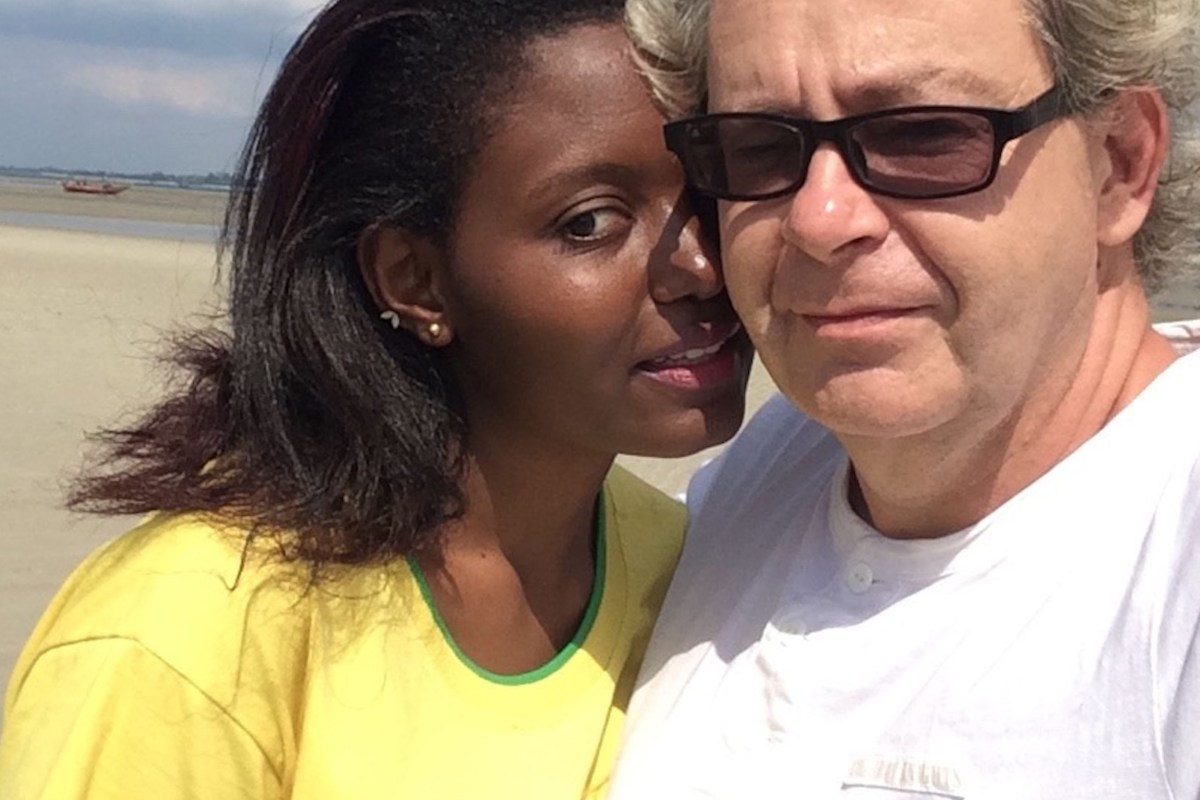 A WOMAN who married her teacher doesn’t care about their 27-year age difference or the fact that he is often mistaken for their son’s grandfather.

Mariam Trela, 26, explained that it was “love at first sight” when she first saw her husband Grzegorz Trela, 53.

He worked as a professor of philosophy at the same university in Morogoro, Tanzania where she studied education.

The couple went on their first date in May 2017 and the rest, as they say, is history.

They married in July 2018 and later that year had a son, Ignacy, who is now three.

And while they are not bothered by the comments they often receive about the age difference, Mariam said their little boy is often mistaken for Grzegorz’s grandson.

“Quite often, people say to my husband about our son: “What a beautiful grandson,” she said.

“Probably because of my husband’s gray hair, this situation happens to my husband quite often.

“So, probably, when people see our whole family, they think that this is a mother with a son and a grandfather.”

Not only that, some people think that Mariam, who currently lives in Bielsko-Biala, Poland with her husband and son, is a gold digger who is only after her husband’s fortune.

“When they find out that I’m his wife, on the one hand – especially men – they envy him, his young, attractive wife, and suspect that I’m just chasing his money,” she laughed.

“Funny, because my husband is not even rich!”

They also faced misconceptions about their interracial relationship.

“There are people in Tanzania who believe in the ‘whites are rich’ stereotype,” explains primary school teacher Mariam.

“In Poland, we sometimes face prejudice because there are not many people of color living here.

“There are quite a few differences between us, such as gender, age, religion, culture, politics and life experiences.

“But as the years go by, we learn from each other, and that’s probably the most exciting thing about our relationship – we keep discovering each other.”

After sharing their relationship with their family and friends, all of whom were very receptive, they documented their lives on a YouTube channel for their son.

“Memory is not reliable, children grow up quickly, so we wanted to save as much of our daily life as possible for our son,” Mariam added.

“Almost all the comments we get are people’s positive reactions to our channel.

“I love him, he loves me and cares about me, and we both care a lot about our son.

“Our love faces challenges – mainly cultural differences – but we overcome them by patiently learning from each other.”