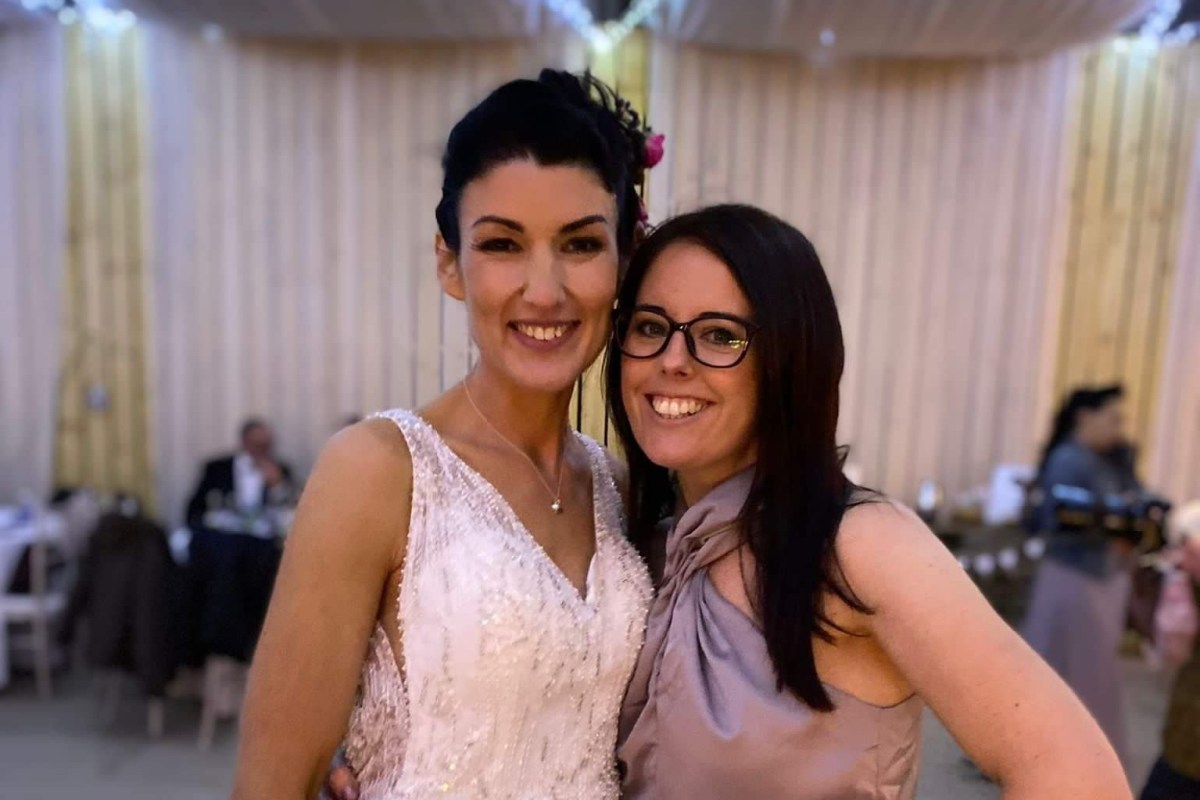 A BRIDESHOP reveals how she kept her dreaded cancer diagnosis a secret after being told the day before her best friend’s wedding.

Brave Samantha Curry, 40, received the shocking news just hours before her pal Cara Rollo was due to tie the knot.

But the mom-of-two didn’t want to ruin Kara’s big day, so she kept it to herself.

Samantha, from Menstry, Stirlingshire, was diagnosed with breast cancer in October and has since undergone intensive chemotherapy.

The primary school teacher said, “The day I found out I had cancer, I knew it would be in our lives for a very long time.

“I also knew that my best friend Kara was getting married in just a few hours, and I was a bridesmaid staying at her place the night before the wedding.

“She will only have one wedding day, so I didn’t let the cancer overshadow everything.

“It was her moment and I found the strength to put the cancer in the box for this special day.

“When I look back at the photos from my wedding day, I see real happiness.

“People cry at weddings anyway, so a few tears didn’t seem out of place.

“There’s a sparkle in my eyes that may have faded a bit during my cancer treatment, but thanks to the support of the wonderful people in my life, I know that sparkle will come back.”

Samantha was selected as Cancer Research UK’s VIP Starter at Scotland’s first Race for Life event in Stirling in May this year.

But the memory of being told the terrible news will not forget her.

Samantha said, “I will never forget that phone call.

“They asked me to come to the hospital for a doctor’s appointment on Monday and advised me to take someone with me.

“When I was asked to take someone with me, I thought it was a bad sign.

“Tests showed that I have breast cancer.

“It was only when she said that I would need chemo that reality began to emerge. I started crying, but then I stopped.

“I was going to stay the night with my best friend before her wedding and was the only bridesmaid to do so, so I had to be there.”

Samantha broke the news of the cancer to her husband John Curry, but the couple didn’t tell anyone until after their wedding in Auchterarder, Perthshire.

Finally, three days later, she told her friend Kara about it over the phone.

Samantha said, “Kara and I are so close.

“She said she couldn’t believe how I managed to keep it a secret.

“I think she understood that it was so important to me that I didn’t burst her bubble of happiness.”

Samantha, who is due to have a tumor removed in the coming weeks and then undergo radiation therapy, says her family’s support was vital as she also lost her hair.