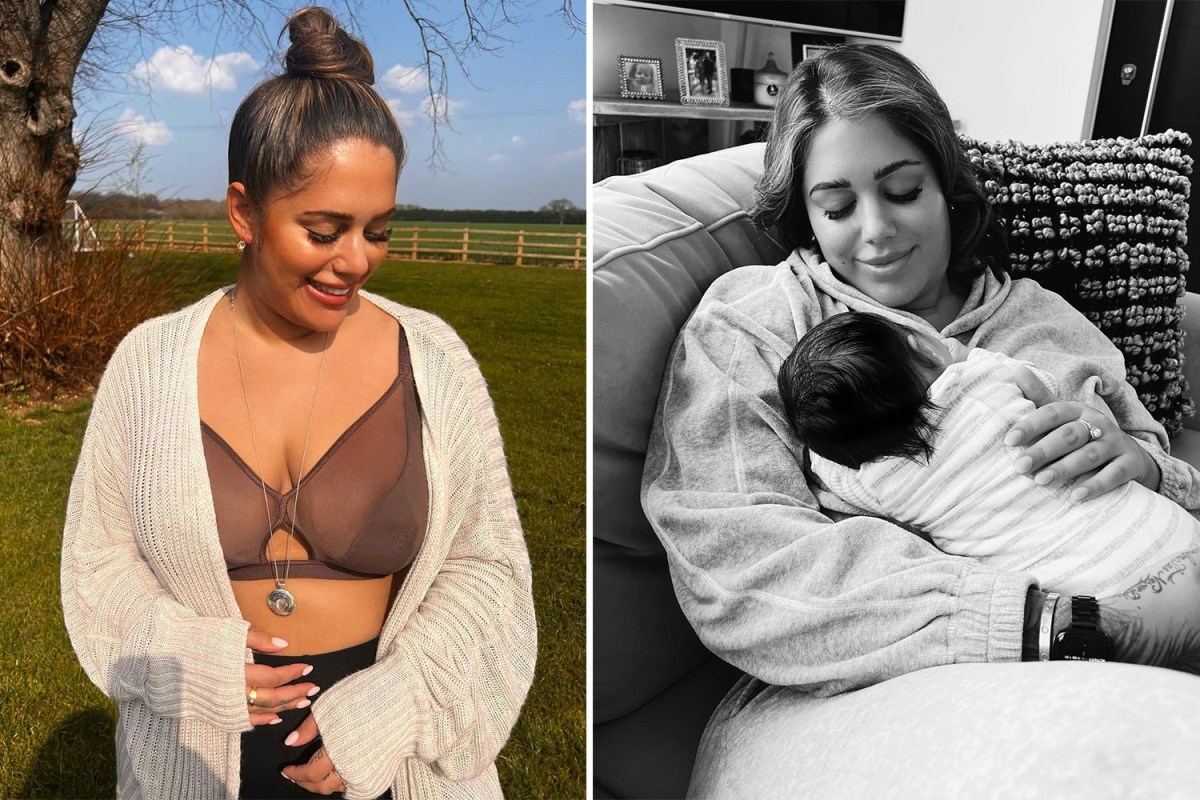 MALIN Andersson said she “fell into a dark hole” after giving birth to daughter Saya earlier this year.

The Love Island star, who tragically lost her first child, spoke candidly about her feelings with her fans, vowing to be honest with them.

Explaining why she’s rarely been online lately, she said, “I’m not going to lie to you all, I completely lost myself since I was pregnant, and then after giving birth, I fell into an even darker hole. I would look in the mirror and no longer know who I am.

“I think trauma is underestimated and when you think you’re cured… the universe is throwing more shady work at you.”

Malin went on to describe how her breastfeeding journey was interrupted and what impact it had on her.

She said: “After Shai was born, I not only survived the caesarean section, but I also breastfed, and then I had to stop when it became too much and I developed mastitis.

“Then I immediately felt that because of this, I was not connected with her, as I thought. I felt a slight detachment and an overwhelming sense of guilt.”

Malin continued: “I felt guilty that Jared had to play most of the nights at the start because I couldn’t even move.

“I was wondering why I was given this beautiful child and why I did not immediately connect with her soul. I felt distant. I felt disconnected.

“I just wanted to curl up and sleep… all I ever wanted was a pure loving family in front of me that I couldn’t appreciate. Amazing man, surreal daughter..

She went on to describe how she is now trying to find herself again as Malin, “and not just as a mother.”