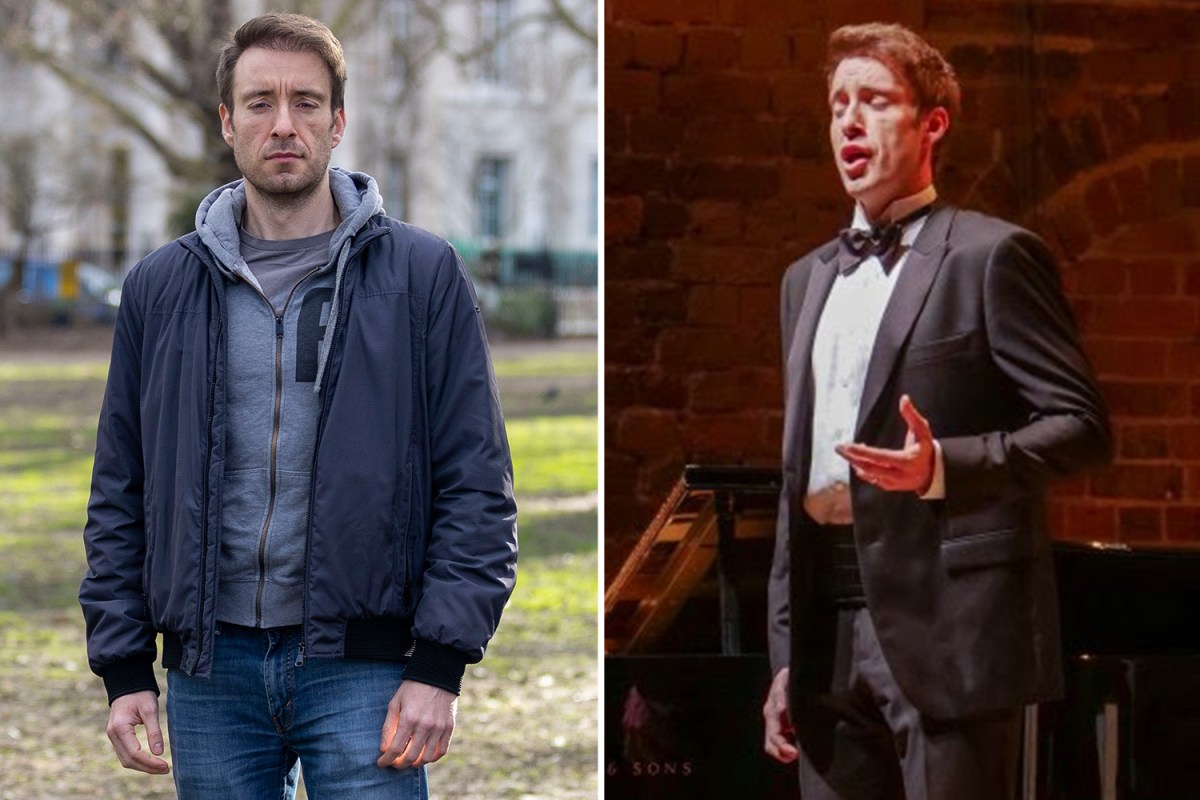 Ukrainian opera singer DEFIANT has vowed to fight Vladimir Putin and do everything possible to protect his country from the Russian dictator.

Baritone singer Yuri Yurchuk said he would go with British troops to the front lines in the conflict with Putin’s Russian army.

Royal Opera singer Yuri, 35, called the attack “cold-blooded” and is desperate to keep in touch with his family and friends in Kyiv, where he grew up.

Yesterday, Russian troops attacked on all fronts, trying to deliver a lightning strike on Ukraine.

Putin’s goal is believed to be to take over Kyiv and overthrow President Volodymyr Zelensky so he can install a compliant puppet regime.

However, Ukrainian forces fought hard, repelling a number of attacks as they fended off the Russian regime.

Yesterday, the baritone performed his own performance of the Ukrainian national anthem near number 10 as a sign of solidarity.

He told the Sun: “What is happening is tragic. You cannot count on being able to subdue a man like Putin who is not going to be stopped by pushing the nuclear button.

“My parents and sister are in Kyiv, they have nowhere to go. They can’t get to the border, so they hide and hope for the best.

“I spoke to them this morning, I am constantly in touch with my friends and family whenever I can. I am very upset and worried.

“You never know what will happen next, they are trying to hide during the shelling. Lives are in danger, and this is simply unthinkable in 2022.

“They didn’t have time to run, they had nowhere to go, because until the last moment Russia insisted that they were not going to start a military conflict.

“If everyone was called to fight, if the UK sent soldiers, I would join them. I want to protect them and fight for them.

“I’m just a singer. It is difficult to understand what to do in this situation, but we need a unified answer.

“Putin is exceptionally dangerous. He is considering the use of nuclear weapons, and this must be stopped now.

“Ukraine needs people to pay attention, I sang at protests because this is what I can do to get attention, to help.

“We’ve had a difficult history and sometimes words aren’t enough or you can’t express your emotions.”

Protester Marina Ivanyuk, 24, lives in Dagenham but was born in the Ivano-Frankivsk region of Ukraine and has been living in the UK for eight years.

She wrote letters to her MP and also to the Queen, pleading for any possible help for her country.

Marina told The Sun: “We will continue until someone helps us. We ask the UK to intervene, protect the people and bring peace to Ukraine.

“I cannot be at war with a gun and kill others. What can I do, I can write to the queen and deputies, talk to everyone, go to any show and protect my people.

“I would fight with weapons if I had the opportunity and the knowledge of what to do there. I can help here better and ask another country to help us.

“My family is currently in a safe place, but you never know what will happen in the middle of the night. My grandparents live 15 minutes from the explosion site.

“It’s scary. No one wants to lose their loved ones, especially in such circumstances.

“We need to try all possible options to protect people in Ukraine. They are not safe and they are dying.

“We have been fighting for eight years, this has been going on since 2014, and now everything has become much more serious.