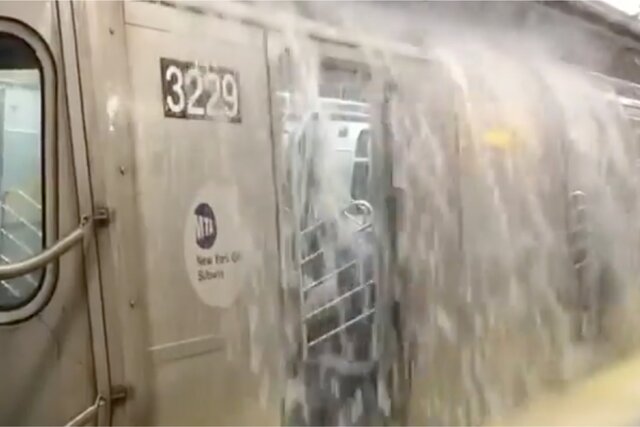 Hurricane Ida, which struck Louisiana a few days ago, reached New York in early September. Within hours, the city received a record amount of rain, flooding roads and even metro stations. Emergency workers had to rescue people trapped in cars. Suburban trains have been suspended. New York Mayor Bill de Blasio has declared a state of emergency in the city because it is a historic natural event. All vehicles, except emergency vehicles, are not allowed on the roads until 5:00 pm local time, residents are urged not to leave their homes. Floods in New York have killed at least eight people, according to the latest figures. Neighboring states also suffered. Thus, the airport in Newark, New Jersey’s largest city, was temporarily suspended due to a flooded terminal, and rescue workers in Pennsylvania had to evacuate 41 people from a school bus stranded on a flooded road. What happened in New York on the night of September 2 – in eyewitness photo and video.

For the first time in 10 years, the retail price of buckwheat exceeded 100 rubles per kilogram.