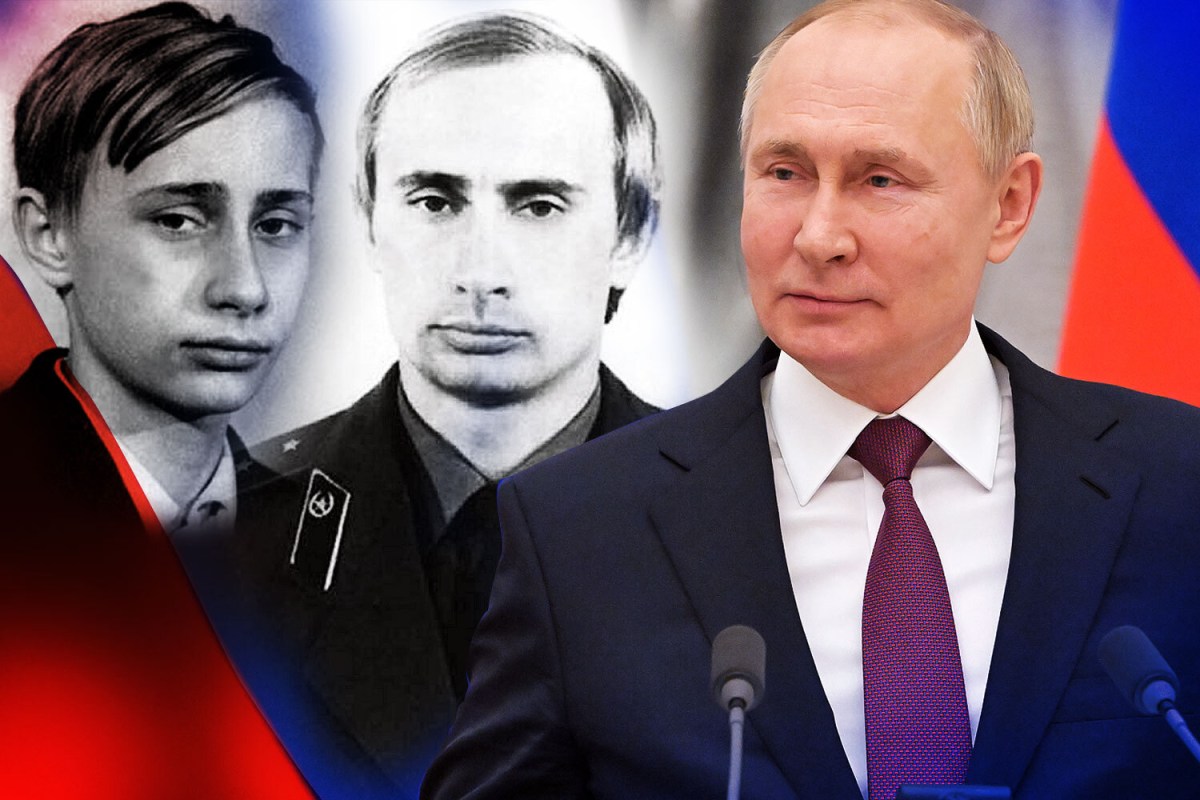 Vladimir Putin’s reckless address to the world with wild eyes and fury has shown that he has succumbed to despotic madness.

Gone is the astute geopolitician when he made his intentions clear on Monday with haunting rants about Ukraine.

Extremely insecure, he told the West, “You didn’t want us to be friends, but you didn’t need to make us an enemy.”

After two decades of holding the power of the Russian Tsar, he became one.

Anyone who doubts that absolute power has corrupted Putin need only see how he denounced his intelligence chief that day.

At a meeting of the Russian Security Council, in order to decide the fate of Ukraine, Sergei Naryshkin dared to deviate from the scenario of stamping the “independence” of the self-proclaimed Donetsk and Luhansk republics.

The world now knew that Putin was the absolute ruler, whose closest aides were too scared to argue.

Oddly enough, in the run-up to the war, he met French President Emmanuel Macron and German leader Olaf Scholz at the other end of a gigantic table.

This did not convince the watching world that Putin was holding on to his sanity.

For this is a man whose complex personality is built on perceived humiliations and insults.

For many Putin watchers, the road to bloodshed in Ukraine began in Dresden, East Germany, after the fall of the Berlin Wall in 1989.

At the age of 38, KGB officer Putin returned from Germany to his native St. Petersburg.

The Soviet empire soon collapsed. It was a personal and professional snub, and he doesn’t seem to be able to put up with it.

Vladimir Vladimirovich Putin was born in the rat-infested slums of Leningrad on October 7, 1952, the only child of Vladimir and Maria Putin, who married at 17.

His war veteran father was a member of the Communist Party and a foreman in a subway train factory.

Maria – at times a laboratory cleaner, baker and janitor – survived the siege of Leningrad while her husband was away.

Putin wrote: “Once my mother fainted from hunger. People thought she was dead and laid her down with the corpses.”

It was gloomy in the dilapidated residential building where the family lived.

His former school teacher Vera Dmitrievna Gurevich said: “There was neither hot water nor a bath. The toilet was terrible. And it was so cold, terrible.”

In his book First Person: A Surprisingly Candid Self-Portrait, published in 2000, Putin described “hordes of rats” infesting apartments. He recalled how he cornered a huge rat, which then “rushed at me.”

“Now the rat was following me,” he wrote. “Fortunately, I managed to slam the door in his face.

“There, on this landing, I quickly and for a long time learned the meaning of the word “cornered”.

Putin – thin for his age – often fought with other boys, so he took up judo, reaching a black belt.

In 2015, he said: “Fifty years ago, Leningradskaya Street taught me a rule: if a fight is inevitable, you must strike first.”

Masha Gessen, author of The Man Without a Face: The Unlikely Rise of Vladimir Putin, says Putin’s parents spoiled their miracle child by making him feel like a “king”.

He studied law at Leningrad State University, then joined the KGB in 1975, working in counterintelligence.

In 1983, he married flight attendant Lyudmila Putina, and from 1985 to 1990 they lived together in East Germany. They adored their daughters Maria and Catherine.

Returning to the Soviet Union in 1990, he became an assistant to the mayor of St. Petersburg, Anatoly Sobchak, who once taught him law.

After the collapse of the USSR, Ukraine and other former Soviet republics gained independence from Russia.

Putin called the collapse of the USSR “the biggest geopolitical catastrophe of the (20th) century.”

In 1997, he became head of the Federal Security Service, the main successor to the KGB.

He won the presidential election in 2000 and has held power ever since, destroying all opposition.

The man’s preposterous vanity was illustrated by a 2009 publicity stunt showing Putin topless and wearing sunglasses on horseback in Siberia.

In 2013, Putin and Lyudmila broke up after 30 years of marriage.

Lyudmila said: “Vladimir is completely immersed in his work”

Thin-lipped Putin has propelled a country with a GDP the size of Italy back to superpower status through a string of military adventures.

In 2008 he sent troops to demand a piece of Georgia, and in 2014 he seized Crimea and ignited separatist movements in eastern Ukraine.

He supported the murderous regime of Bashar al-Assad in Syria and released Novichok poison agents in Salisbury in 2018.

Now, in the words of Defense Secretary Ben Wallace, Putin is “totally on his toes.”

Obsessed with plundering democratic Ukraine, the boy who was once bullied has now become a deranged despot.

Russian intelligence chief Sergei Naryshkin was repeatedly interrupted by Putin at a security meeting and ordered to “speak straight!” in the insignificant that has become global.

Ukrainian-born Valentina Matviyenko is the only female member of Russia’s powerful Security Council. She came under US and EU sanctions.

Prime Minister Mikhail Mishustin looked confused when Putin asked him to agree to recognize the independence of the Ukrainian states of Donetsk and Lugansk.

Q. WHY did Putin do this?

A. He does not believe that Ukraine should be an independent country, and believes that it should be part of a larger Russia. He’s paranoid Ukraine is getting too close to the West.

Q. Where is he most likely to stop?

A. Reports suggest that Putin wants to defeat the government and leave a puppet regime that he will assist militarily.

Q. Will British troops be involved?

A. Not at this stage. But we sent troops to NATO allies in Eastern Europe. There are fears that Putin’s ambitions will not stop at the borders of Ukraine.

Q. What if it invades a NATO member state?

A. Article 5 will be invoked, which states that an attack on one is considered an attack on all. The UK is expected to participate with our forces.

Q. Could this turn into World War III?

A. Unlikely, because Putin has never expressed a desire to fight the West militarily. However, if it is correct that he has become abnormal, anything is possible. Perhaps he is looking for a clash of civilizations to determine the future of the world.

Q. Is there a danger that Putin might use nuclear weapons?

A. Unlikely. However, if the Ukrainian war goes badly, who knows where the dictator’s insane whims might lead him? His last speech contained a dark hint that anyone who tried to stop him would reap “consequences that you have never experienced in your history”.

Q. What can the West do?

A. The most severe economic, diplomatic and political sanctions. Perhaps banning Russia from the SWIFT banking system, imposing sanctions on regime-linked oligarchs in London, and expelling Russian diplomats.