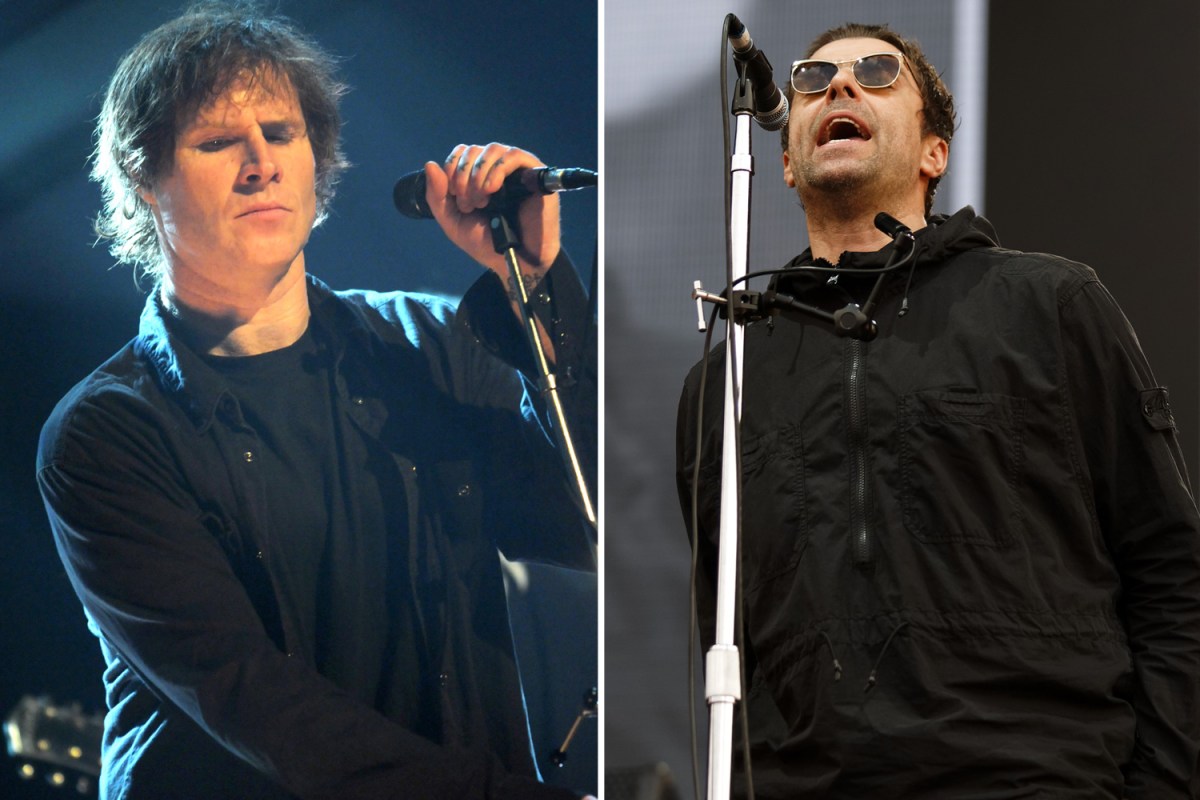 MARK Lanegan spoke about the true tension at Oasis as Liam Gallagher fled the States to avoid a public confrontation with him.

The Screaming Trees musician, who tragically passed away on Tuesday at the age of 57, had a backstage clash with the rock band’s vocalist in the 1990s.

Mark, who had a long career as a singer and collaborator for Queens of the Stone Age, performed with Oasis in 1996.

The US tour was cut short when a quarrel broke out between 49-year-old Liam and 54-year-old Noel, which the brothers could not resolve.

Mark revealed how he planned a fight between the couple to sort out their differences once and for all.

But despite preparing to fight, Liam fled the States and returned to the UK so as not to fight his older brother.

The rocker revealed how he wanted “playground bully” Liam to get a taste of his own Noel cure in an official brawl.

“I hated bullies and refused to put up with them,” Mark said. “Liam Gallagher was an obvious poseur, a bully on the playground.

“Like all bullies, he was also a complete bastard. He quit and ran before I could try him out before his promised Miami playground fight.

Typical, I thought. That fake bastard ripped his pants off and went home before I could blow it all up myself.”

Mark wrote in his book Sing Backwards And Weep that Liam tried to assert his power over him within minutes of meeting on tour.

He explains: “He came up to where we were sitting and called out, ‘Howling branches. I realized that he was talking to me and trying to joke with excessive intensity of humiliation.

“Back off, you stupid fucking idiot,” was my short, jaded reply. What did you say?’ Gallagher shouted. ‘You’re angry?’

“He launched into a strange, staggering half-dance, lunging forward as if about to physically attack, only to retreat again, gesticulating wildly.

“He wanted it to look intimidating. He looked damn pathetic.”

Mark tragically passed away at the age of 57 on Tuesday morning at his home in Killarney, Ireland, according to a statement posted on his official Twitter account.

Fans are now paying tribute on social media to the grunge pioneer who was known for his powerful deep voice.

While the cause of his death is unclear, Lanegan has had health complications over the past few years as he suffered a life-threatening case of coronavirus as well as kidney disease.

He said Irish times that one morning during isolation, he woke up completely deaf and could neither breathe nor stand.

The next three months were a living hell for Lanegan as he was unable to sleep and constantly struggled to breathe, eventually leading to a four-week medically induced coma.

At one point, doctors considered performing a tracheotomy on Lanegan before his wife Shelly stepped in and stated they didn’t want to lose his voice.

The legend is also the author of numerous books, the latest of which was published just last year about his bedridden coronavirus.

That statement says he left behind a wife and that his family is currently asking for privacy.

Lanegan sometimes recorded under the pseudonym “The Dark Mark” as his work often dealt with the themes of death, loss, and addiction.

Mark Lanegan was born November 25, 1964. He was a singer, songwriter, writer and musician.

The band was a major part of the Seattle grunge scene, moving in the same circles as bands such as Pearl Jam, Soundgarden, Nirvana and Alice in Chains.

Their debut album Clairvoyance was released in 1986. Ten years later they released their last album as a group: Dust.

Over the years, Lanegan has worked on approximately 11 solo projects.

He has also worked with several musicians, including Greg Dulli (they were The Gutter Twins together) and Isobel Campbell, former Belle & Sebastian vocalist.

Lanegan played with Queens of the Stone Age for nearly two decades.