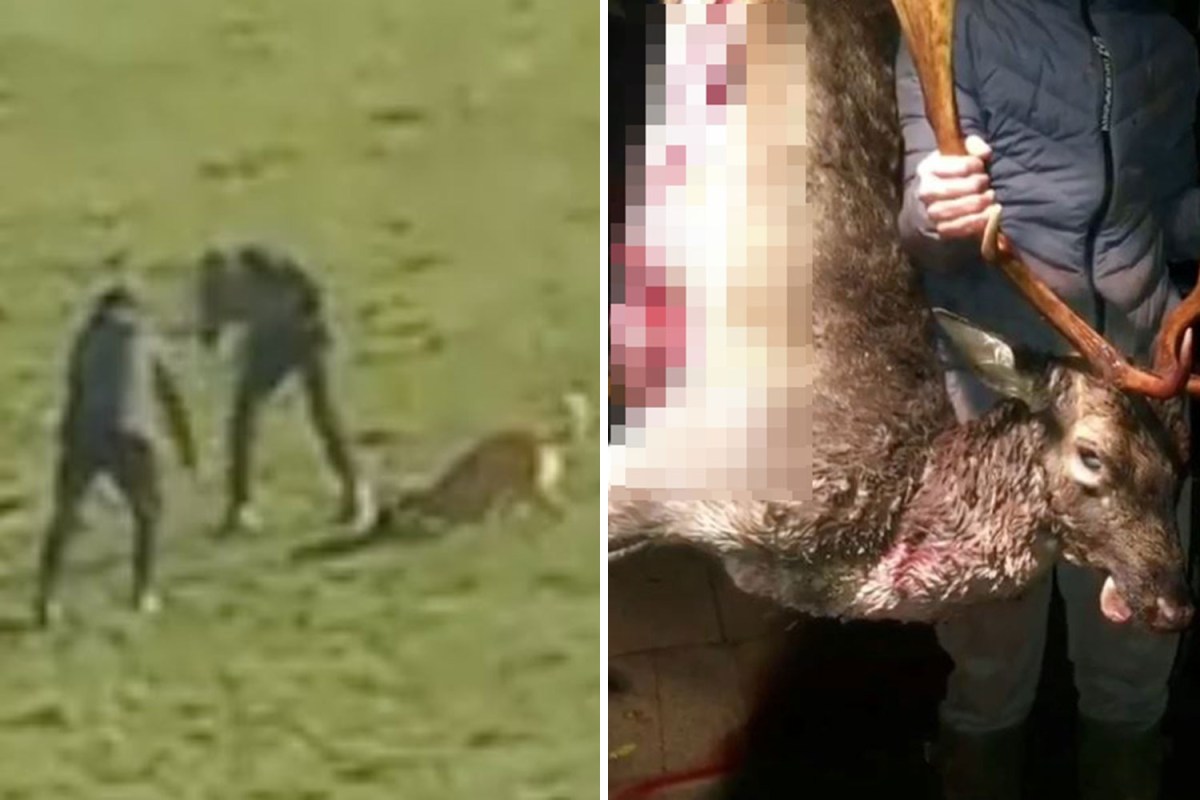 THIS is the horrifying moment when teenage thugs set their dogs on fire on other animals before sharing sick TikTok clips.

The vicious couple also failed to heal their dogs when they themselves were injured in the attacks.

Police were called in March to their council estate in Burnley, Lanks, when they were seen inciting a dog to attack a house cat named Gatsby.

Gatsby’s owners rushed him to the vet, but he died from his injuries on the way.

When police searched the boys’ homes in April, they found photos and videos of dogs being used to attack and hunt badgers, deer, rabbits and birds.

Hancock’s dogs Ace and Cassie were captured along with the Storm Leverett mix.

They posted the horrific videos on TikTok, writing in one that the dogs “have smashed more here than most bulls.”

In another, which showed a dog mauling a fox, they wrote “the first redhead,” with a winking face.

The prosecutor’s office said the violence was “over the top.”

PC Matt Hartup said: “Embellishing this kind of violence is barbaric and useless in the countryside; this contributes to horrendous suffering and cruelty to animals, including a lack of concern for the welfare of the dogs used for these crimes.”

RSPCA SOU officer Jason Bowles added: “Not only were the animals they attacked and killed affected, but their own dogs were also injured in clashes and fights.

“If anyone notices dogs such as terriers and lurchers with repetitive injuries such as cuts and wounds around the face, we ask that they contact the police or the RSPCA to report their concerns.”

Both boys have confessed to animal cruelty in Blackburn Magistrates’ Court this week.

Leverett was sentenced to 12 weeks’ detention, suspended for 18 months, on all counts simultaneously. He was ordered to pay £1,000 in compensation and was denied the right to keep all the animals for 10 years.

Hancock received 18 weeks in prison for 10 of the 11 crimes at the same time, and was also banned from keeping all animals for 10 years.

A third teenager, who cannot be named due to his age, received a 12-month referral to Blackburn Juvenile Court.

He was denied the right to keep animals for 10 years and his family was ordered to pay £500 plus an additional fee of £22.