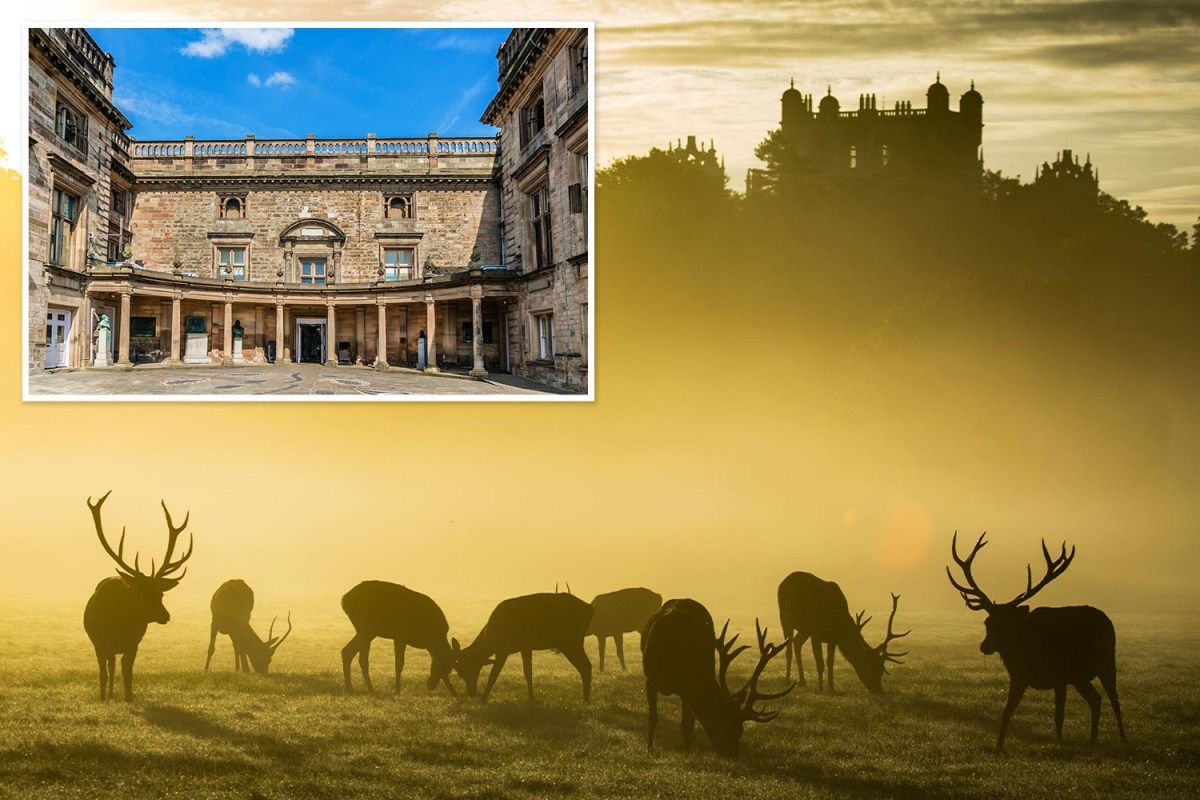 GROUPING in front of a traditional pub, we eagerly await our guide.

Suddenly our murmuring is interrupted by a loud horn and we turn to see a figure clad in leather clutching a chain of arrows.

Ezekiel Bone has been leading the award-winning Robin Hood City Tour since 2012, and there’s not a single piece of Nottingham he doesn’t know like the back of his hand.

Whether it shows you underground caves hidden under some of the city’s buildings, or points you to where drunkards of the past might have pissed, this tour is definitely eye-opening.

If only because the real story of Robin Hood is not at all like the Disney cartoon version. But it’s just as interesting.

This historic city was once home to a folklore legend, and much of its story is scattered across the streets and famous landmarks.

The tour is great for kids, but adults can make the most of the final destination, Ye Olde Trip To Jerusalem, which is said to be the oldest inn in England.

Instead of taking a tip and going with his fun folks, “Robin” will join you for a pint of beer, answering everything you might want to know about the city, whether it’s where to go for dinner or what to do nearby.

When you’re done learning how Robin took from the rich to give to the poor, you’ll have plenty more history to dive into.

The most famous and beautiful landmark, Nottingham Castle, is right in the city center, close to all shops and restaurants.

Freshly renovated at a cost of £30 million, the exterior of the building is a sight in itself. But it’s on the inside that’s really magical.

Book a 25-minute cave tour where you’ll walk through the secret tunnels, following the footsteps of the royals who called it home.

Or, if you’re more into culture, the castle regularly hosts exhibitions and installations, the latest of which was dedicated to local fashion designer Paul Smith.

After a busy day on our feet, which included a trip to the National Museum of Justice where we winced at the tales of prisoners of the past, we were thankful for a cup of tea in the Bromley House library, just off the old market square.

This is a great place to sit with a cup of tea and a good book. Lacquered wood shelves are lined with period pieces as well as contemporary fiction, and there’s even a Narnia wardrobe in the fun kids’ section.

If you really want to impress the little ones, head to Wollaton Hall, an impressive mansion and deer park located in the beautiful suburbs of the city.

In the Elizabethan building, you’ll find Titus, a huge Tyrannosaurus Rex whose bestial skeleton is the first of its kind to be on display in England in over a century.

Hungry as a dinosaur himself, we took a table at Annie’s Burger Shack, where the loaded burgers are wacky but undeniably delicious.

For something a little more traditional, head to Jospehine’s Tea Room, where you can step back in time to the music of Glenn Miller and enjoy a decadent afternoon tea before wading back to your hotel room.

And trust me, sipping on a hard drink garnished with Twisters is just the ticket after a day of walking.