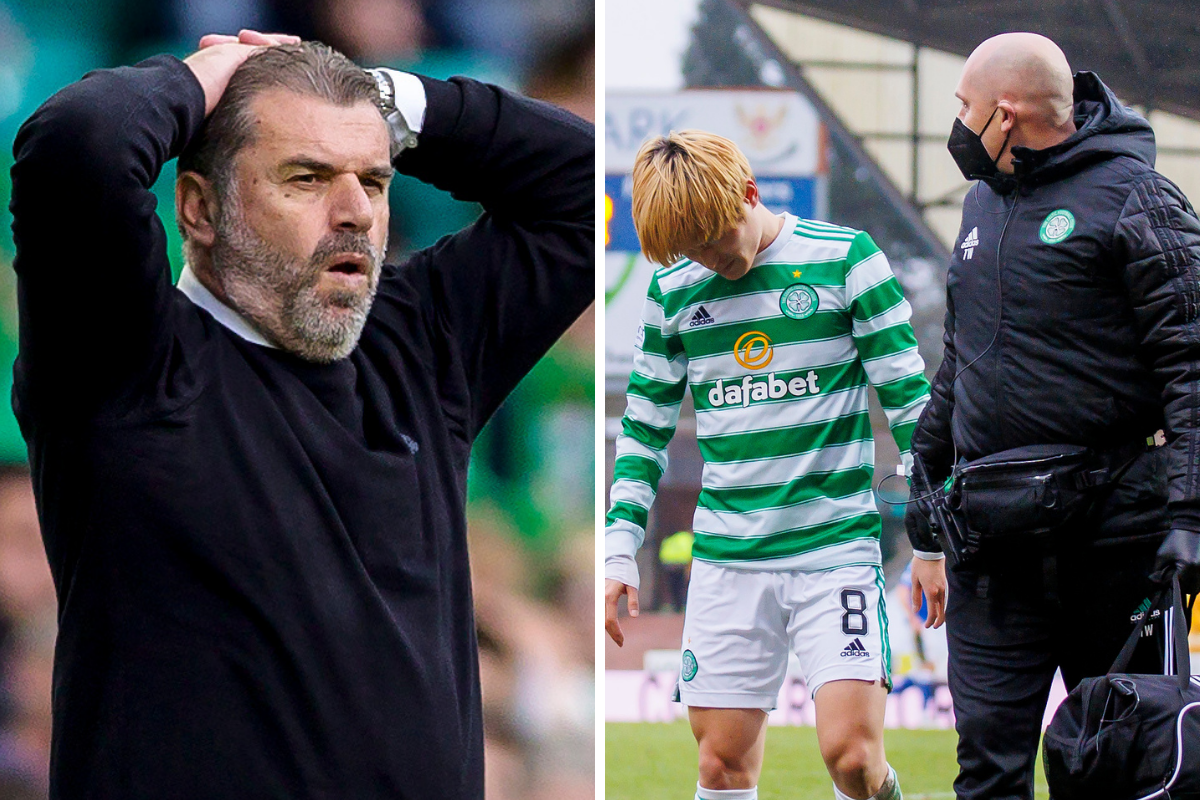 ANGE POSTECOGLOU has revealed that Kyogo Furuhashi is “not close” to returning to Celtic.

And Hoops’ boss says the Japanese striker has a race ahead of him to be ready for the Rangers derby on April 3rd.

Kyogo withdrew from the game after Boxing Day with a hamstring injury and Postekoglu still has no timeline for his return.

When asked about injuries, he said, “David Turnbull is almost back in training, but Kyogo isn’t even close.”

Postekoglou spoke after Japanese manager Hajime Moriyasu revealed that Kyogo had doubts about participating in the World Cup qualifiers with Australia and Vietnam in late March.

He said: “I would not put any time frame on this.

“Kyogo is working very hard to return as soon as possible.

“Whether during the internationals or right after them, we will have to wait and see. It’s not far off.

“I have a very good relationship with the Japan national team coach. I have known him for quite some time.

“He really supported our position, as we did him.

“Kyogo will be the driving force for this, but I wouldn’t set any time limits.”

Kyogo is Celtic’s top scorer with 16 goals but has missed the last 11 games after losing to St Johnstone before the winter break.

A £4.6m summer deal with Vissel Kobe injured his hamstring for the first time against Real Betis on 9 December.

He challenged the odds of returning to the Premier Sports Cup Final against Hibs just ten days later by scoring twice.

But then he lasted just 15 minutes in a 3-1 win against the Saints on Boxing Day and hasn’t played since.

Postecoglou had previously insisted that his talisman would play again this season. But the games are over as the Celts chase the treble.

Japan’s boss Moriyasu recently visited him in Lennoxtown to catch up.

His side will face Australia in Sydney on March 24 before hosting Vietnam on March 29 in Saitama.

The Celtic title showdown for the Old Firm title will take place five days later at Ibrox on 3 April.

Moriyasu said, “Kyogo is recovering well, but he is not ready to play yet.

“His recovery is going well. Closer to that time, I will look at his situation and see if I call him.”

Moriyasu also revealed that Celtic duo Reo Hatate and Yosuke Ideguchi are in his plans, along with Kyogo and Daizen Maeda.

He said: “Time is limited until the next two matches and I wanted to talk to as many players as possible who could be in the squad.

“I also spoke with Ange Postecoglu and the CEO of Celtic. I am very proud of the success of the Japanese players. They were delighted with them.”