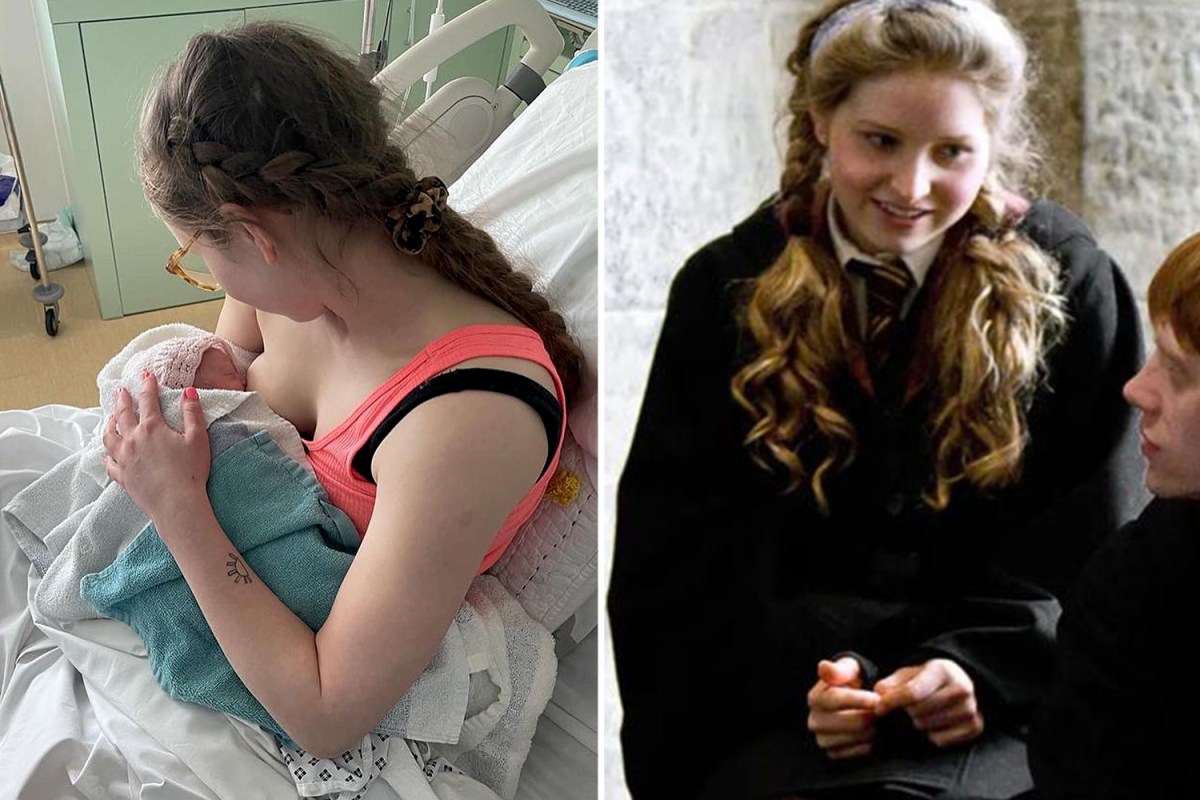 Harry Potter star Jessie Cave has announced she has given birth to her fourth child.

The 34-year-old actress, who played Lavender Brown in the hit TV series, posted a series of adorable photos on Instagram tonight.

In a joint post with comedian Alfie Brown, she also revealed the baby’s unusual name.

Writing next to a shot of her cradling a baby, they wrote, “Welcome, Becker Brown.”

Speaking of the London hospital where she gave birth, they added: “Thank you UCLH. Thanks to midwives Amy and Amy-Lou.”

They also posted a photo of the Liverpool and Brazil goalkeeper, suggesting the baby was named after him, writing, “Thank you Alisson Becker.”

In December, she revealed she was pregnant again by posting a photo of her growing belly, writing, “💘🤰 can’t hide this new baby anymore💘🤰.”

Despite appearing in one of the biggest movie franchises of all time, Jessie said last year that her kids find her “embarrassing” in movies.

Ronan Keating’s wife Storm showed off her incredible figure in a red bikini in South Africa.

Jessie said Closer magazine last year: “During the lockdown, we went through them all.

“I asked them, ‘What do you like most about Harry Potter?’ hoping they’ll say, “You, Mommy” – but they find me very embarrassing about it! They can’t get over me kissing Ron.”