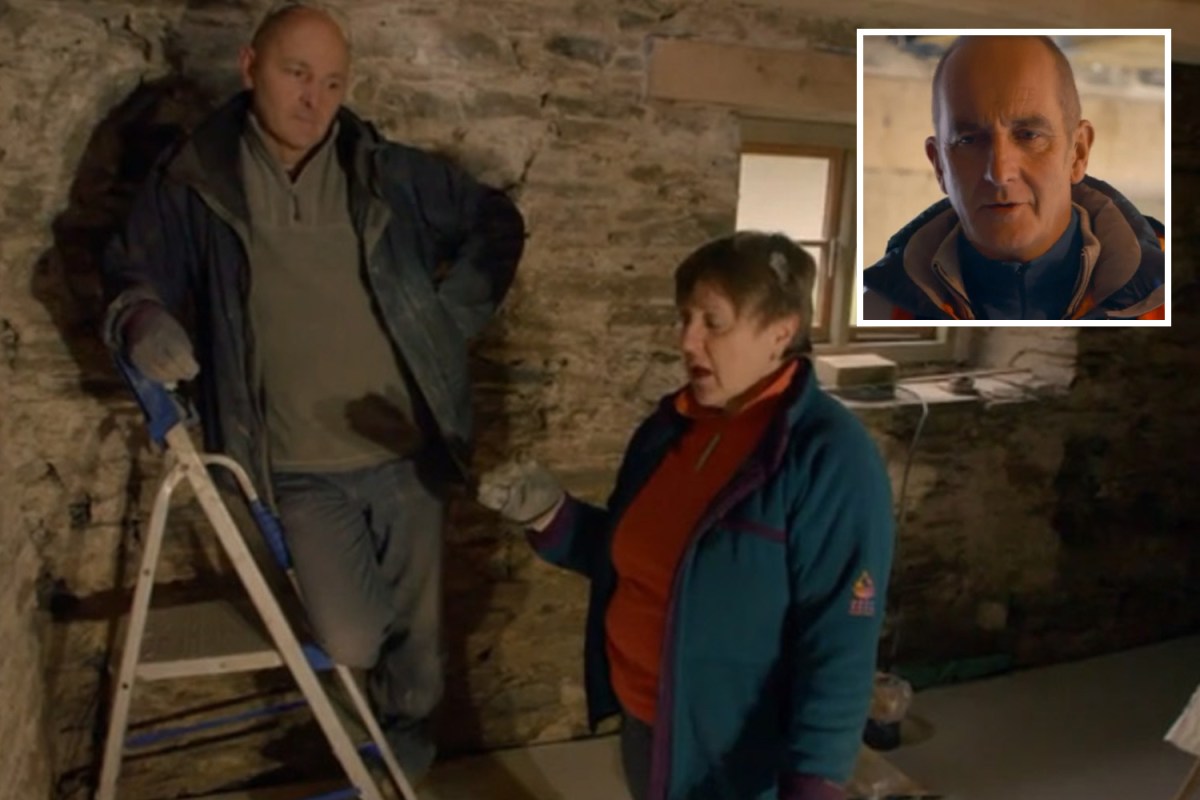 GRAND Designs went explosive as the couple raged, “We don’t give a fuck!” to the stunned host Kevin McCloud.

In today’s show, which originally aired last year, couple Lee and Richard are converting an abandoned 17th-century flour mill in Cornwall into a £300,000 three-bedroom home.

Despite being complete newbies, the husband and wife say they sold their home in Derbyshire to finance a risky and complex project.

However, owner Kevin worries that their budget is too tight, especially since they wanted to keep the mill’s original interior wood beams, which had been abandoned for 60 years.

But Lee and Richard ignore Kevin’s warnings as the host tells viewers, “I feel like my argument for conservative renovation may never find a happy home within these walls.

“Lee and Richard, tired and exhausted, just want it to be over.”

The couple said “you can’t save everything” when it comes to keeping property, and Richard admits, “I think we put a lot of effort into saving what we don’t need.”

Lee says passionately, “This is a significant building that we saved, and frankly, I don’t think an outsider standing here has the right to judge, and I really don’t care what they think. “

Kevin voice-over pointedly says, “Well, that’s what they told me!”

Viewers took to Twitter to comment on the awkward exchange when the show first aired last year, with one tweeting, “Wow talking shit about Kevin as the cameras roll during the assembly you invited him to. “.

Another added, “Hahaha… ‘I don’t care what he thinks!’ And yet… you are participating in Grand Designs!”

However, others thought that Kevin was tough on the couple in keeping the property.

One of them wrote: “We thought Kevin had offended a couple who saved a windmill in Cornwall a bit.”

Another tweeted: “I think the couple did an amazing job inside and out and I think the balance was perfect.

“If they tried to keep all that wood inside, it would be way over their budget, so a perfect balance was struck. Well done”.

Grand Designs airs tonight on Channel 4 at 9pm with episodes available on All4.