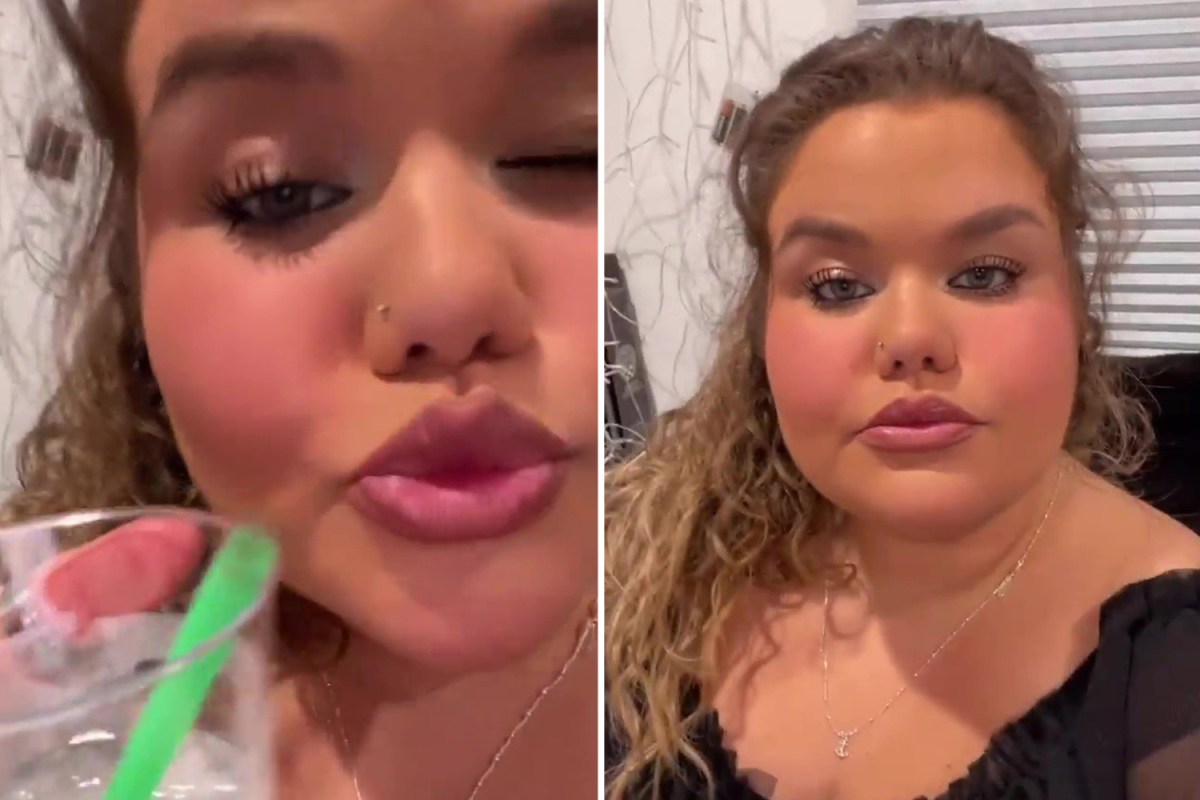 GOGGLEBOX star Amy Tupper looked slimmer than ever as she enjoyed a glamorous night out in LA.

The former reality TV favorite recently revealed that she had lost 33 cm at the waist.

Amy, 22, shared a sultry boomerang on her Instagram page of herself enjoying a chilled drink.

She looked glamorous with her face made up, wearing a see-through black top.

Pouting her lips into the camera, she captioned the footage: “We’re leaving.”

The star then went to a nightclub and later shared a selfie with artist Ben Elaluf on the dance floor.

Amy, who starred on the Channel 4 show with her family from 2013 to 2018, currently spends time in Los Angeles, California.

The Celebs Go Dating star recently told fans she “feels so good” five weeks into her fitness regime and added that she is looking forward to continuing her weight loss journey.

Collaborating with Muscle Food for the Goal Getters competition, Amy shared two stunning before and after shots of herself wearing a white top and black athletic leggings.

Alongside the photo, she wrote, “…physically I am ready to spend the rest of the year with more ease, but mentally I just want to keep going and going and have never felt so motivated!

“…I achieved my goal with the MuscleFood Goal Getters plan and I lost 33 cm in my waist, gained a huge love for the gym and just feel so good!”

Amy has been inundated with messages from friends and followers commenting on how “amazing” and “incredible” she looks.

The TV star spent years unsuccessfully on fad diets until she turned her life around in isolation.

Amy, who starred in Gogglebox with her family from 2013 to 2018, was told by doctors that she suffers from a slow metabolism.