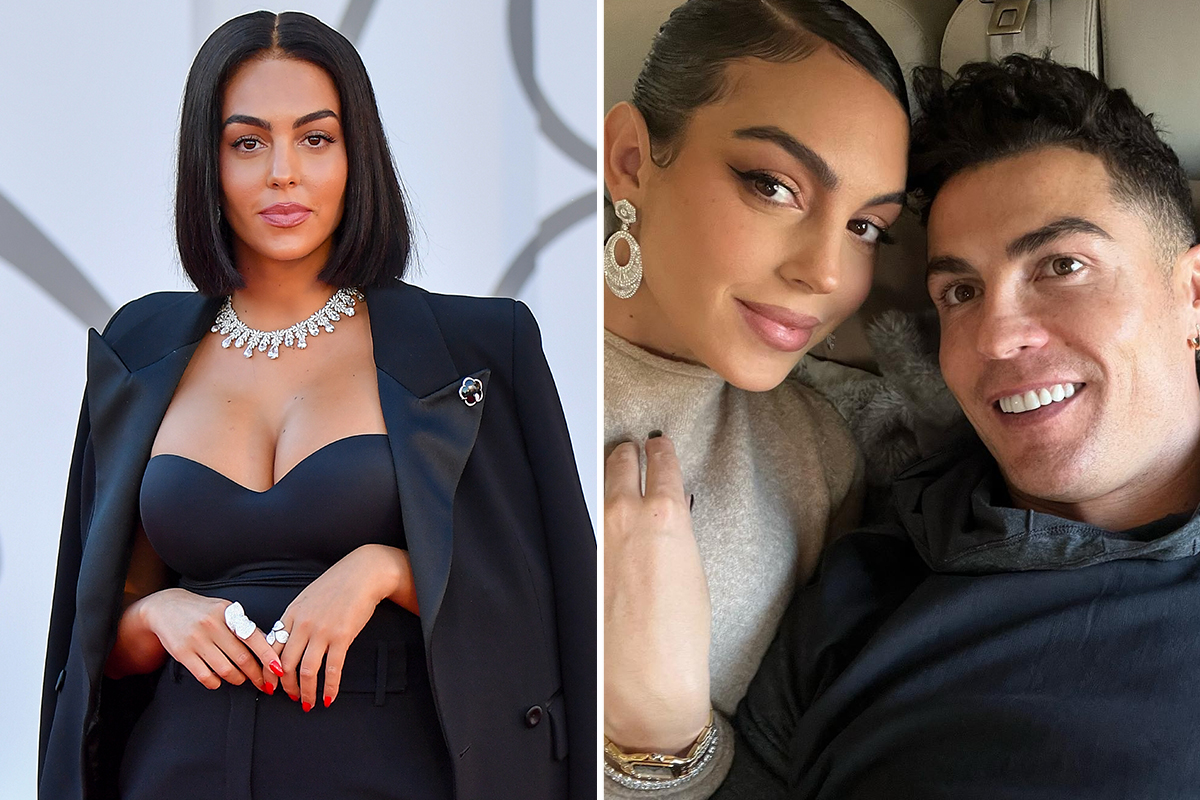 Georgina Rodriguez admitted that being Cristiano Ronaldo’s girlfriend has many advantages, but insisted that she was the one who made the money she has.

The pretty brunette also admitted to having millions in the bank when she responded to critics by stating, “I’m proud of the way I manage my career” in an interview with a new magazine.

The mom-of-one, just over a month away from giving birth to twins, came out as she celebrated appearing on the cover of the monthly business magazine Forbes Spain.

Speaking about her new Netflix show I Am Georgina – about her life before and after meeting Manchester United striker Cristiano – continues to mesmerize fans around the world, the former £10 an hour shop worker said: “It’s true that everything went wrong. good for me in recent years, but I also worked hard and knew how to use my time and social media.”

The model and influencer, who now has a staggering 35.6 million followers on Instagram, added: “Sometimes they call me ‘partner’ in a derogatory tone, but it doesn’t hurt me.

“I am happy to partner with Cristiano Ronaldo, I am completely in love with him and as a result I feel very lucky.

“I am aware that being his girlfriend gives me many opportunities, but I have worked and accumulated what I have in the bank.

“I am proud of my work and how I managed to achieve a balance between professional, personal and family life.”

The Argentine-born beauty also revealed that she has amassed a six-figure fortune, telling Forbes Spain: “In terms of money, you have to excuse me, but I prefer not to talk about how many millions are in my bank account.”

She also cited Teresa de Calcutta, Martin Luther King Jr. and Marta Ortega, daughter of the billionaire founder of Spanish retail giant Inditex, whose flagship store is Zara, as inspirations in her life.

Marta, 37, will become president of the company on April 1.

Georgina has revealed a previously unknown connection to a powerful businesswoman, calling the Galician mom-of-two her “brilliant friend”.

In her latest interview, which she gave at a hotel near the Cheshire home she shares with Cristiano, their four-year-old daughter Alana and his three surrogate children, she added: “She is an inspiring woman, strong and with a great sense of aesthetics. “.

Describing herself as someone who is “extremely demanding” in all aspects of her life, she added: “I try to instill in children the value of effort, perseverance and work.”

And showing that she’s a woman who doesn’t mind the criticism she claimed she was ready for before the Netflix docu-series about her life from rags to riches premiered in 190 countries last month on her 28th birthday. , she said: “I understand that not everyone will like it … but I don’t like it either.”

Georgina, who is pregnant with a boy and a girl, showed off the cover of her latest magazine to her fans on Instagram.

The caption under the photo, which shows her looking elegant in a black dress and with several bracelets on her wrists, reads: “Georgina. What does a woman with 40 million subscribers teach and what does she hide.

This was the first interview with the stunning brunette since “I Am Georgina” was released, which reached the top 10 in many of the countries where it airs.

In December, the former Bristol au pair told another magazine that she enjoys living in England and admitted: “When I was younger, my dream was to live in London.”